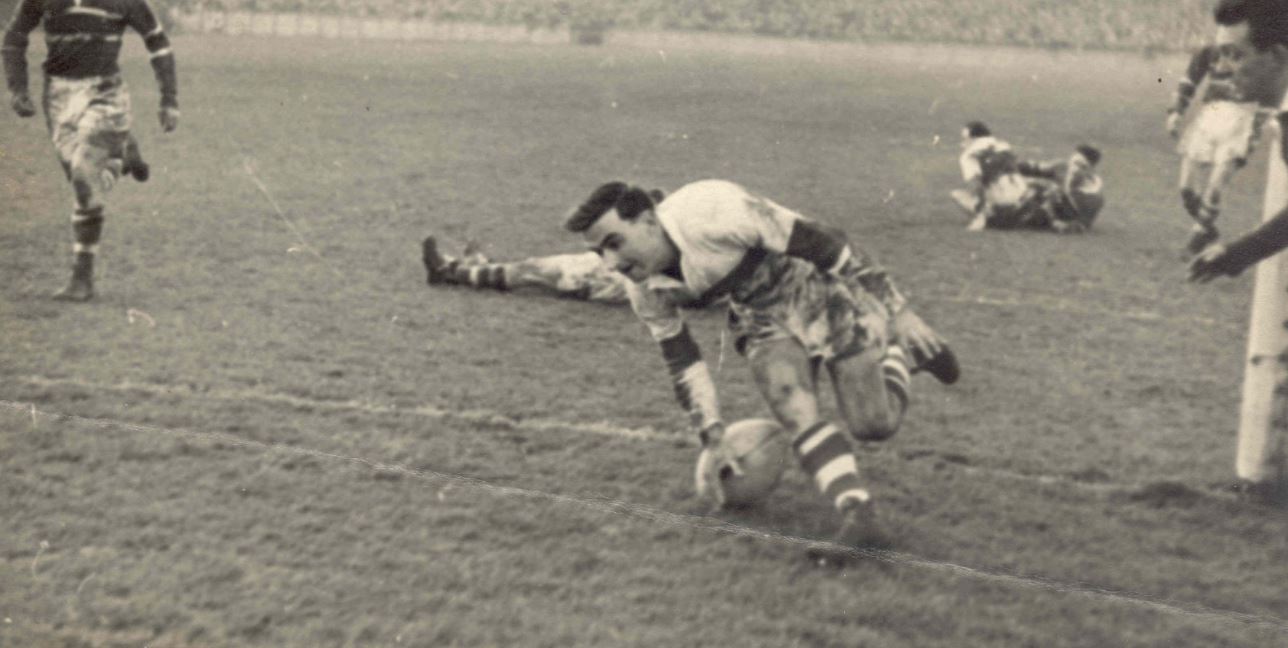 Wales Rugby League were sad to hear about the death of our former international player Glyn Moses, aged 93.

He also won two caps for Other Nationalities where he won a European Championship winners medal in 1955-56, and nine for Great Britain which included three in the 1957 Rugby League World Cup in Australia. In that same World Cup tour, he played for a combined Great Britain/France XIII against New Zealand.

A miner from the age of 14, Glyn originally played rugby union for Newbridge and Maesteg just after World War II.

In November 1949, he was signed by Salford to join his brother Dai, who was a regular in the side and would go on to make 300 appearances for the club. However Glyn remained there for just two seasons before electing to return to Wales. Unable to get back into rugby union, due to the ruling at the time that no player who had played professionally was allowed to return to the then amateur union game, Glyn signed for the professional Cardiff rugby club but after three appearances, he was stopped from playing by Salford who still owned his contract.

However in December 1952, over 14 months after he last played, he was signed by St Helens, who were coached by Jim Sullivan at the time, and made his debut on Christmas Day that year against Leigh. At Saints, he became a club legend, playing 259 times and scoring 44 tries.

At Saints, Glyn won three winners medals – the Championship Final in 1953 (the equivalent of the modern day Super League Grand Final) the Lancashire Cup in 1954 and the Rugby League Challenge Cup in 1956 after St Helens beat Halifax at Wembley Stadium.

Remaining in the St Helens area, he was eventually inducted into the St Helens RLFC Hall of Fame, one of only eight Welshmen to have achieved this. A driver for St Helens Corporation, Glyn will also be remembered as the popular Steward of the Windle Bowling Club for many years.

In his later years, Glyn was very actively involved in the Wales Rugby League past players meetings and always enjoyed the company of his former international compatriots. He sadly suffered from dementia later in life.

Everyone at Wales Rugby League would like to send their condolences to all of his family and friends.