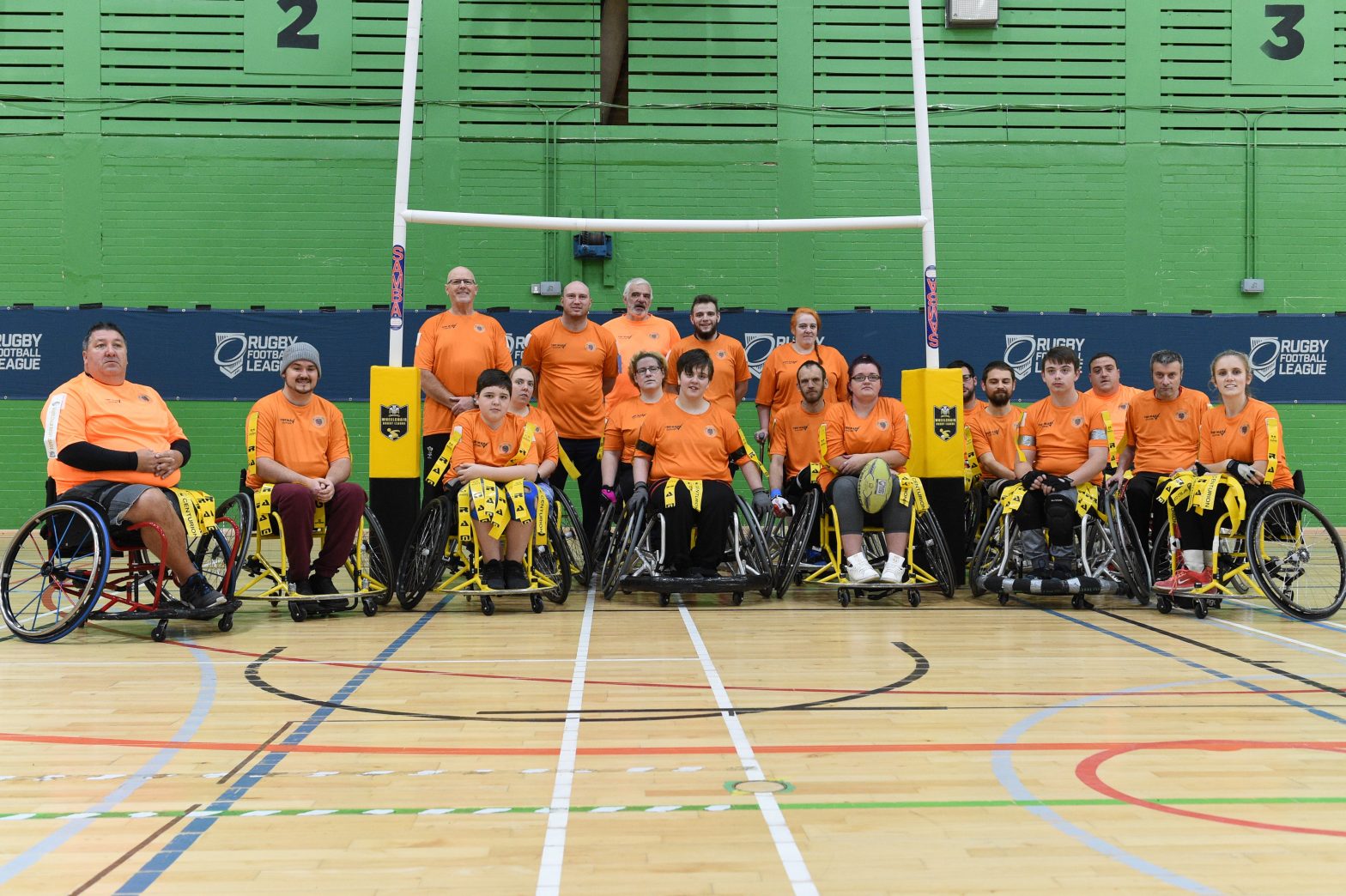 The 2019 Wheelchair Rugby League Peacock Cup was won by North Wales Crusaders after a hard fought 22-8 victory over Hull FC in the final.

After losing their first game of the tournament against Hull despite being in control early on, Crusaders held no prisoners and went on to dominate the rest of the day.

Winning the first ever tournament in 2018, Crusaders were always going to try and retain it but after the first game that looked like a challenge. The experience of the team prevailed in the final and it front of the home fans the Cup was lifted again.

In their first year together, Warrington Wolves showed that they are improving game by game and that they will only go from strength to strength.

The Army were the fourth and final team in the tournament but showed they can play, with some fantastic movement throughout causing everyone trouble, unfortunately lacking that final play to score in most games.

In what was another day to remember Crusaders biggest fan Thomas Arthur Jones, it brought together not only the family but four brilliant teams and anyone who was involved in such a good day raising money for a great charity.

From start to finish there was brilliant rugby played and for all the fans in attendance it was entertaining throughout showcasing the brilliant game that is Wheelchair Rugby League.

In its second year the Cup will only go from strength to strength and has the potential to expand even further than the four teams on show this year.

Go to https://www.youtube.com/channel/UCO-chlvfJ0d2O5CqjTlvZjA to watch all the matches.