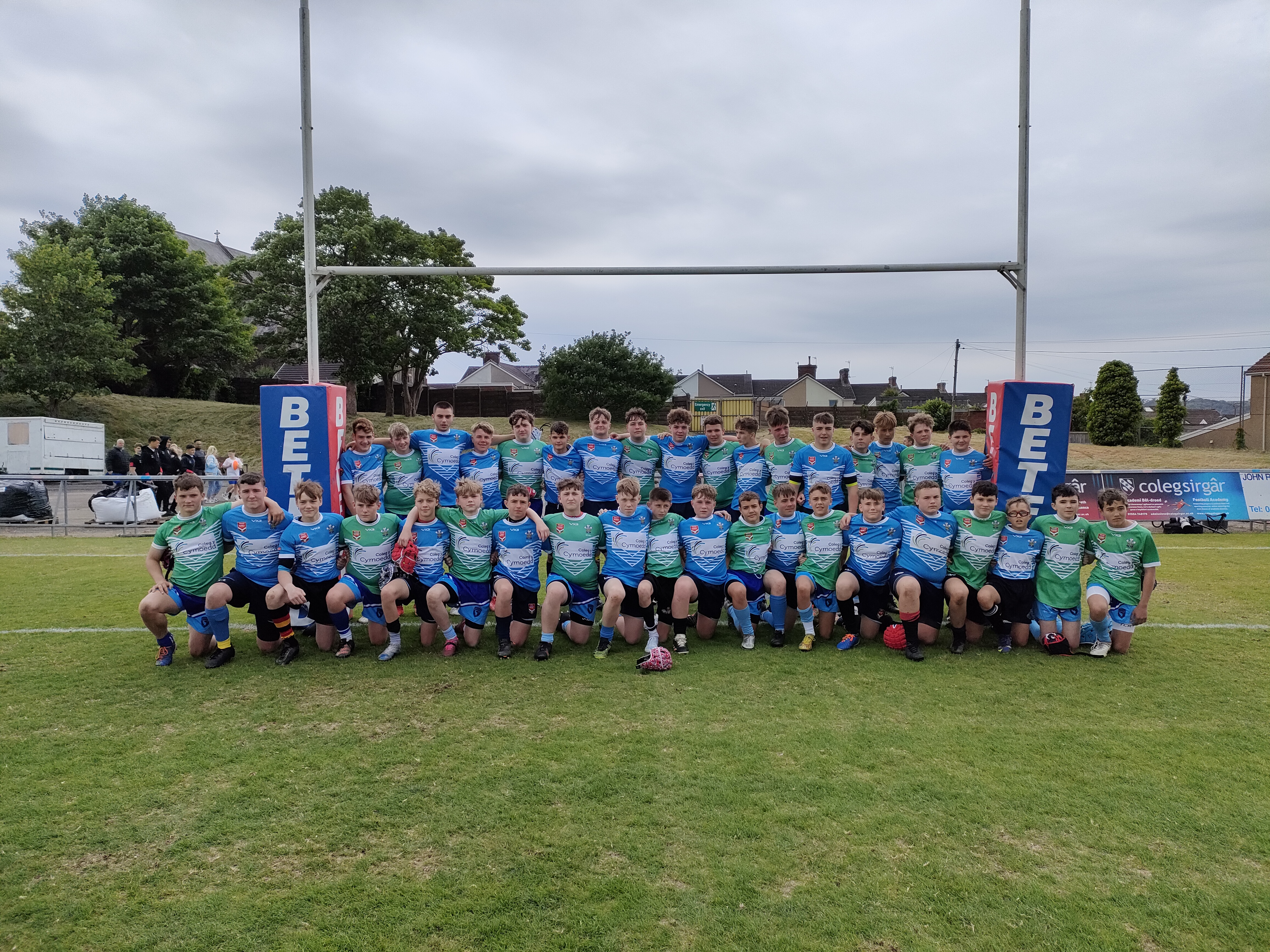 East Wales and West Wales have both announced their full squads for this year’s Junior Origin Series, with the first matches taking place this Saturday at the Centre of Sporting Excellence in Ystrad Mynach.

The U14s take to the pitch for an 11am kick-off with the U16s playing at 2.30pm. There will be girls training sessions in between matches. Admission is just £5 for adults and £3 concessions.

Many of the U16 players will get an opportunity to join the WRL National Development Squad at Coleg y Cymoedd next September, which is partnered with Salford Red Devils in Super League.

Bridgend Blue Bulls provide 27 players out of the 44 named in the two West Wales sides. Cynon Valley Cavaliers (five players), Aberavon Fighting Irish (one) and Black Dragons of Banwen (one) also contribute. There are also ten schools players who haven’t yet registered for a community club.

For East Wales, there are 20 players from Aber Valley Wolves, 15 from Torfaen Tigers, six from Rhondda Outlaws and five from Cardiff Blue Dragons.

WRL General Manager Mark Jones said: “After the resounding success of the Origin 2021/22 programme, Wales Rugby League are looking forward to the first test matches of this academic year. With record numbers participating in the first Junior Origin eight-week block, the squads are looking to showcase their talent in front of a capacity crowd in Ystrad Mynach on Saturday. With the Wales U16’s staff and Salford representatives present, we will be sure to see some exciting Rugby League.”

Richard Lewis, the head of the West Wales programme, adds: “The numbers and standard shown is down to all the positive work that’s being done to promote rugby league on the back of the recent World Cup. It gives young people another opportunity to pursue a professional career in sport.

“We also held girls sessions which was a great success. Numbers grew weekly and they really bought into the process and enjoyed themselves.

“Plans are in place to get fixtures next year and with the next World Cup in 2025 we may see of them involved.

“West Wales would like the thank St Joseph’s Comprehensive School and Sixth Form for use of the facilities and their continuing support in making the school a Rugby League hub for the future.”

Timothy Scarfe, for East Wales Origin, adds: “This game comes on the back of an incredibly successful training block in the East, where week in week out we’ve been averaging massive numbers, thanks in no small part to the success of last years programme and the success of Wales Under 16s over the summer.

“We’ve been incredibly lucky to not only have Wayne Ponting heading up the development programme, but this year we have also welcomed Gareth Groves into the coaching set-up and newly appointed Wales Under 16s Team Manager Antony Day into the East Origin programme. This year we have a diverse range of players playing across the community clubs and in bringing these players together we have seen a huge improvement in upskilled development. The growth of the game is clearly evident as is the attention we are receiving across South East Wales in general, it’s an incredibly exciting time to be a part of Wales Rugby League as we see the game becoming far more prevalent.

“The spectacle that is the East vs West Origin is a fantastic platform to see the vast amount of talent that is on display, so it is little wonder that both Super League clubs and development coaches come to view the games with an eye on all the players taking part.”