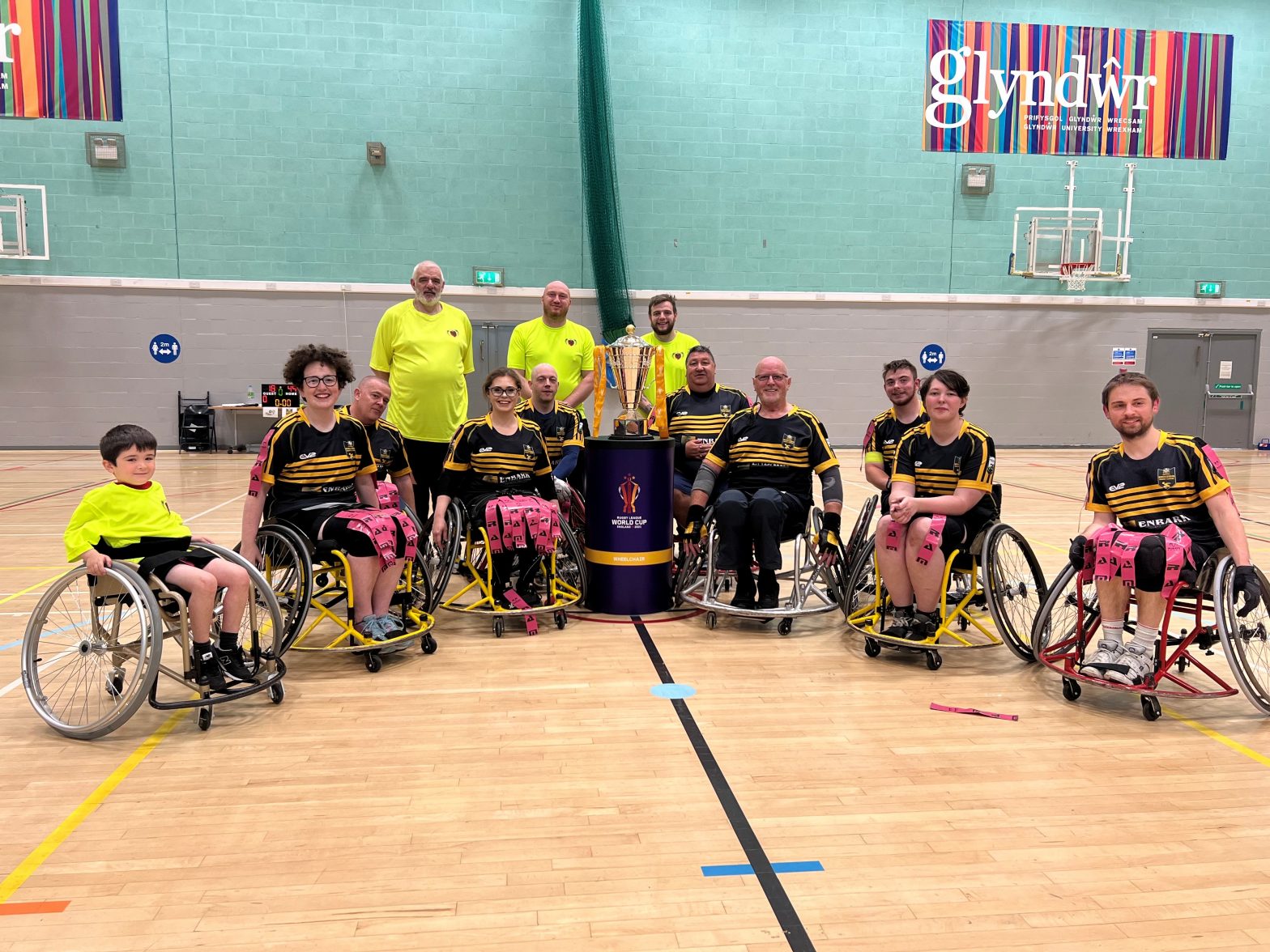 Both of North Wales Crusaders’ Wheelchair Rugby League sides are in a double header of Grand Finals this Sunday at Sedbergh Sports Centre in Bradford.

North Wales Crusaders ‘A’ are essentially the visitors to table toppers Bradford Bulls. The Crusaders were sat in second place for the majority of the last half of the season, finishing undefeated for the entirety. However, the introduction of bonus points during the latter stages saw the Bulls finish above them in first place.

The Welsh side were set to face off against third place Dundee Dragons in the semi-finals at home. However, the Scottish side were unable to field a team for the fixture, meaning the Crusaders got a bye into the final.

Bradford faced off against fourth place Rochdale Hornets in their semi-final at home, and after a very dominant performance came away with a 102-8 victory over the greater Manchester side.

The last time these two sides met was at Deeside Leisure Centre back on July 24th, which saw the Crusaders score an impressive 40-14 victory over the Yorkshire outfit.

North Wales Crusaders take on Hull FC in the day’s opener and in the higher ranked Middle Fives Grand Final. The Crusaders were sat in first place for the entirety of the Middle Fives season with an impressive 100% record.

Everything was on the line the last time these two sides met as both teams were looking to score a 100% record for the phase of the season. Hull made to trip to Glyndwr Sports Centre back on September 2nd which saw the Crusaders score a 106-6 victory over the Yorkshire side.