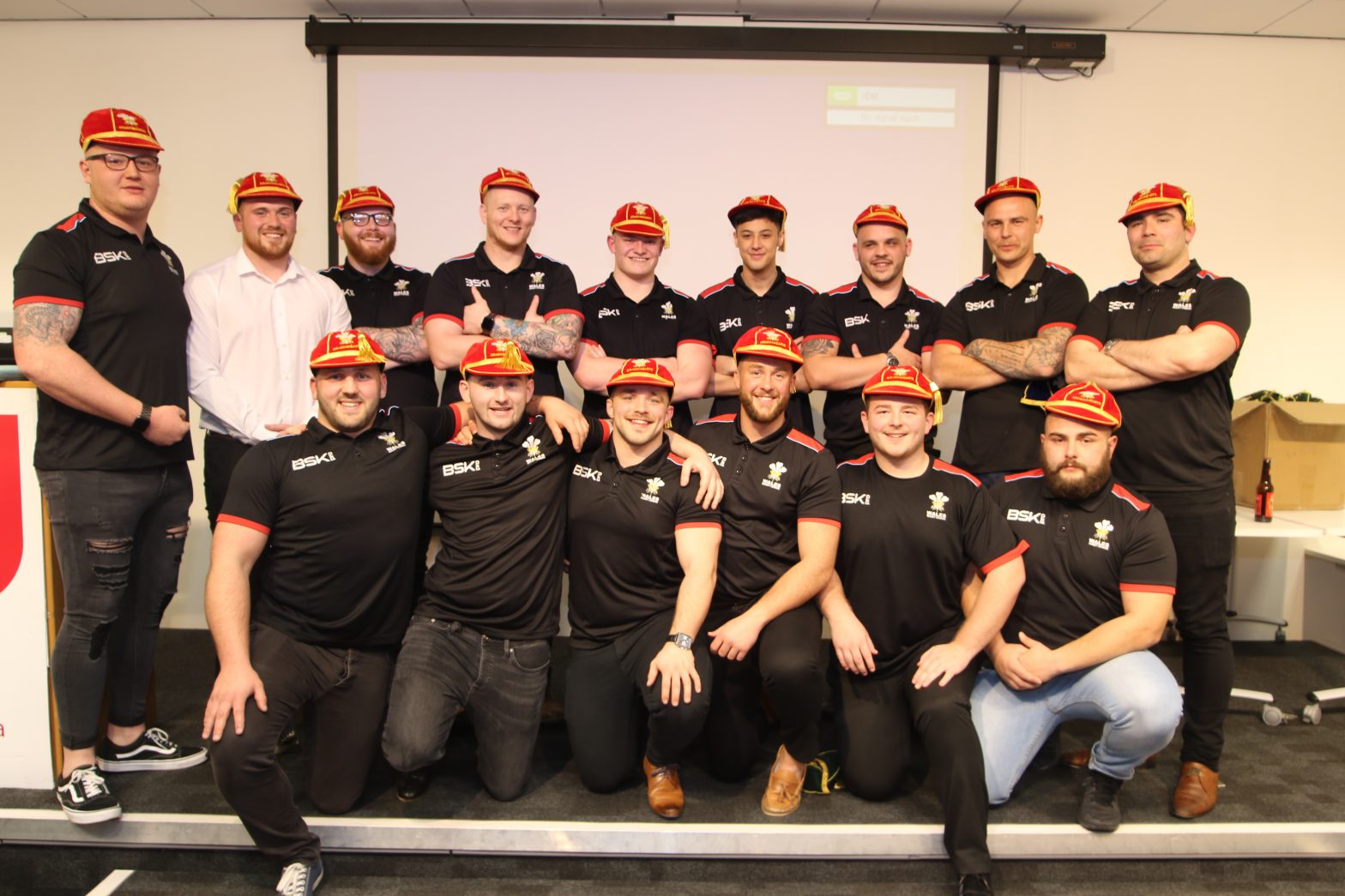 Wales Dragonhearts, the representative side of Wales Rugby League’s community game, will celebrate their 25th anniversary season with matches against North-West England Lions, Slovakia and England Lions U23.

They will open their season at Sardis Road on Saturday 26th October against North-West England Lions (kick-off 3pm) in the second part of a double header of matches with, as announced last week, Wales Women playing their first ever game at 12.30pm facing Great Britain Teachers.

Then on Sunday 10th November, Wales Dragonhearts will break new ground in a few different ways. The newly formed Lithuanian national side will be the visitors to Cardiff Arms Park that day (kick-off 2.30pm) in what will be the Dragonhearts’ first ever game at this stadium and their first ever to be played outside of British Summer Time.

It will be the first full international outing for “Lietuva Rugby League” who were only founded this year by Matthew Wright, an English based director of Red Star Belgrade RLFC, whose partner is Lithuanian so has a passion to grow the game in that country. The Lithuanians took part in the recent London Nines tournament, finishing as runners up to hosts London Skolars. Their first match was against another Welsh side in Bangor University, where they won 16-10.

The “Wales Amateurs” as they were then known, played their first ever international match, against “England Amateurs” (now known as England Lions) back on Sunday 27th March 2014 at Morfa Stadium in Swansea. On that occasion, England won 14-10 with two of the Wales side, David Williams and Jason Lee, eventually winning full Welsh caps.

Newbury said: “The Dragonhearts was a massive part of my development in the game. It was a real eye-opener for me into what the game had to offer.

“At the time we played in the Home Nations tournament and getting an opportunity to play against the best amateur players on an international stage was a real honour.”

The Dragonhearts played friendly matches for the first few years of their life, before entering an annual “Home Nations” tournament against Scotland Bravehearts, Ireland Wolfhounds (now known as Ireland Club XIII) and England Lionhearts (then the representatives of the English national summer community game) from 2002 until 2011. Wales won this competition eight times in those ten years.

Following a restructure of the English community game in 2012, the Celtic nations’ English opponents were England Lions in 2012 and 2013 before the “Four Nations” concept was scrapped. A one-off “Celtic Nations Cup” was played in 2014 and since 2016, the Dragonhearts have either toured a developing European nation or welcomed one to Wales.

Newbury adds: “Playing the likes of Germany and Serbia has been a real draw in recent years. These developing nations produce some challenging fixtures and it gives us the opportunity to showcase the hard work going on at a community level.

“Lithuania is again a new challenge and one I know both us and them are looking forward to. Being able to play them in the capital at a ground with such a long history is going to be an amazing occasion for all involved.”

Before the Dragonhearts’ season starts, the annual “Wales Origin Series” will take place between East, West and North Wales, starting this Sunday at The Gnoll in Neath where West host East with a 3pm kick-off. Junior matches at U12 level (kick-off 10.15am) and U14 (kick-off noon) will precede it.

North Wales Origin will then host East Wales on Saturday 28th September in a double header with a Wales v England Lions U19 international. The North then travel to West on the weekend of October 5/6.

Wales will also take on the full England Academy at U19 level at Stebonheath Park on Saturday 19 October (kick-off 1pm).

Newbury concludes: “We’ve been preparing very hard and everything is coming together. All the Origin sides are looking sharp and I am looking forward to watching some real battles for the chance to get a red jersey.

“When it comes to the international series I’m looking forward to the boys getting the opportunity to put all that hard work in to practice and get the results they deserve.”