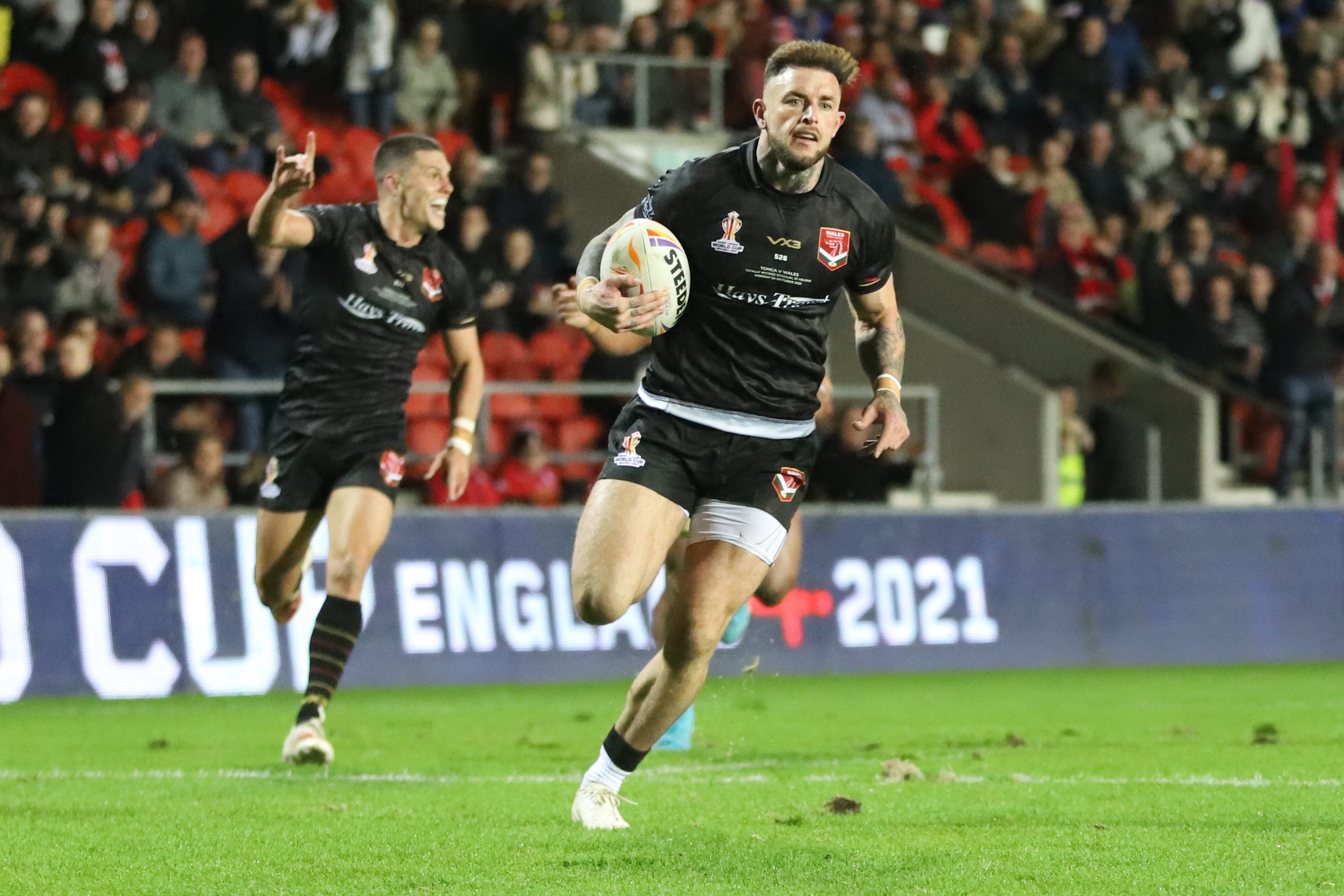 Tonga picked up their second win of the men’s Rugby League World Cup after a dominant second-half display against Wales, winning 32-6.

A hat-trick from Daniel Tupou and one each from David Fifita, Keon Koloamatangi and Tesi Niu gave the Tongans the win in a score that didn’t reflect the Welsh efforts.

It was all Tonga in opening five minutes but the Welsh defence stood firm and showed they could defend their line if asked to.

After holding out for some time, Wales had a chance to attack the Tongan line, and after forcing a knock-on from a tackle five kick, Dalton Grant was held up after quick hands down the line.

The Dragons opened the scoring after the defence caused Tonga to spill in the tackle Josh Ralph broke the Tongan line before offloading to Kyle Evans who broke a tackle before going under the sticks for an easy conversion for Matty Fozard.

Unfortunately, the lead didn’t last long as Tonga forced a knock-on from a tackle five kick, and from the resulting scrum, some quick passing down the left for Tupou to stroll over in the corner.

Tonga almost took the lead with just under 10 minutes to go in the first half, but after causing an overlap which ended at Sione Katoa who was unable to keep hold of the ball.

Once again Tonga looked like scoring but a great try-saving tackle from Caleb Aekins before Tonga throw a hopeless offload which landed in a Welsh hand.

The Tongans took the lead three minutes before the end of the half as Fifita used all of his strength to power over the line before Tui Lolohea extended the lead to four points.

In the final seconds of the half Tonga extended their advantage after Keaon Koloamatangi found a gap from a flat pass to go over for their third try.

The second half started like the first with Wales defending a lot in their own 20 but unlike the first, Tonga managed to capitalise as a jinking run from Niu carved the defence open before going over the line.

Tonga further extended the lead after once again creating the overlap on the left wing for Topou who went over for his second of the match.

Tonga thought they’d scored an outrageous try as Lolohea put in a kick behind the Welsh defence before an acrobatic attempt by Tolutau Koula at keeping the ball in play back to Lolohea but unfortunately the ball went into touch after going to the video referee.

Tupou completed his hat trick after once again the Tongan attack created a mismatch on the left-hand side for the winger to stroll over.

A big defensive effort from the Welsh but unfortunately the Tongan experience showed in the end.