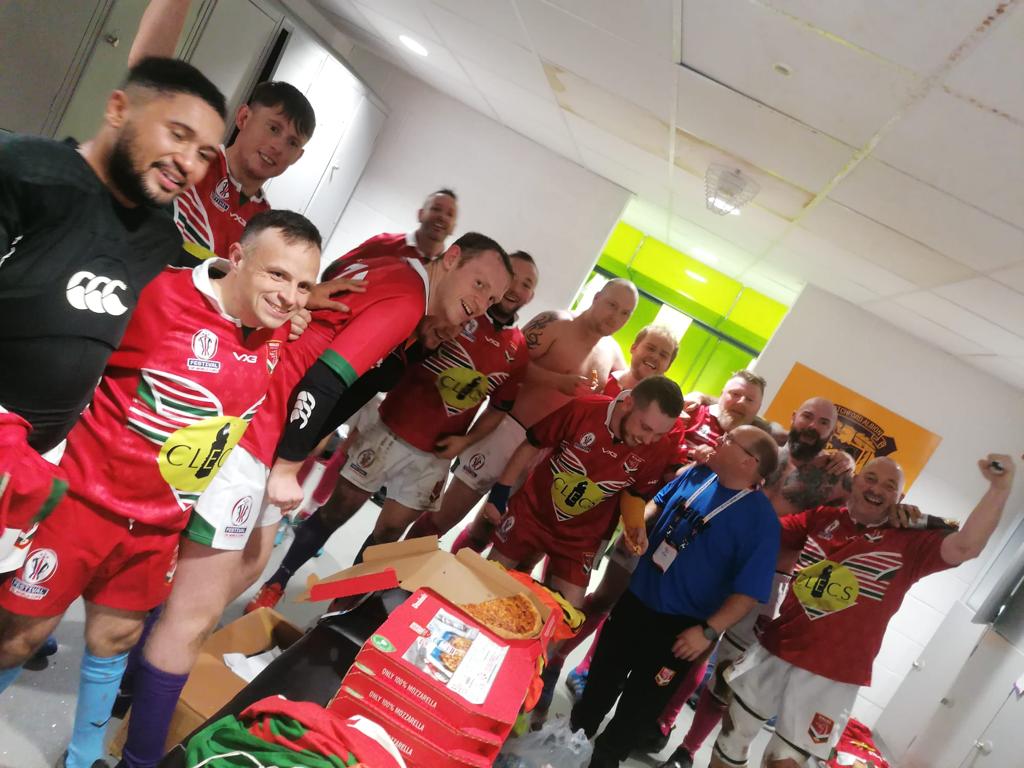 Wales, in their first ever Physical Disability Rugby League international, emulated the Wales men’s side from their inaugural game back in 1908, by beating New Zealand with a try in the last few minutes.

The Welsh team, managed by Craig Fisher and Neil Lynch, knew they would be in for a tough challenge against an experienced NZRL Kiwis side led by coach Ray Greaves, but they pulled off a superb performance on a wet and windy Sunday in Warrington by beating New Zealand 28-26 thanks to a try and goal with three minutes remaining on the clock.

Wales made a promising start with captain Ben Lewis leading by example with some fine early runs. However, it was the Kiwis that struck first on three minutes with an outstanding break and try from Daley Manu, with Roko Nailolo kicking the first of his three goals.

Wales soon hit back as Chris Young scored their historic first PDRL try, but soon after a fine solo try by Michaeil Kulene which was again converted put the score onto 12-4 to New Zealand.

Wales were clearly stung by these early New Zealand scores and fought back with a try from Leif Thobroe.

Kent Stroobant then extended the Kiwis’ lead to 16-8 before Wales again pulled a try back through Paul Jones.

A fantastic end to end first period finished with New Zealand scoring again through Kulene with his second try, and leading 20-12 at the break.

The second period saw an even opening 10 minutes with end-to-end play, but a brilliant break from Dan Shaw turned the match for Wales as he ran almost the length of the pitch. Morgan Jones converted and Wales were back in the game.

A further score came from New Zealand’s Kulene who completed his hat-trick, but soon after, ill discipline resulted in two yellow cards for high tackles on the Welsh with first Mal Davis going off and then Roko Nailolo. This changed the pattern of the game and as the Kiwis clearly tired, Wales capitalised to score through Isaac Pickett.

Then with just four minutes left on the clock, a Paul Jones try under the sticks levelled things for Wales with Morgan Jones kicking the winning conversion.

It was a fantastic and historic result for a Welsh PDRL team in their first World Cup game! Wales now move on to play England on Tuesday 25th October 2pm, Victoria Park, Warrington.

England beat Australia 58-6 in the second game of the competition later on Sunday afternoon.