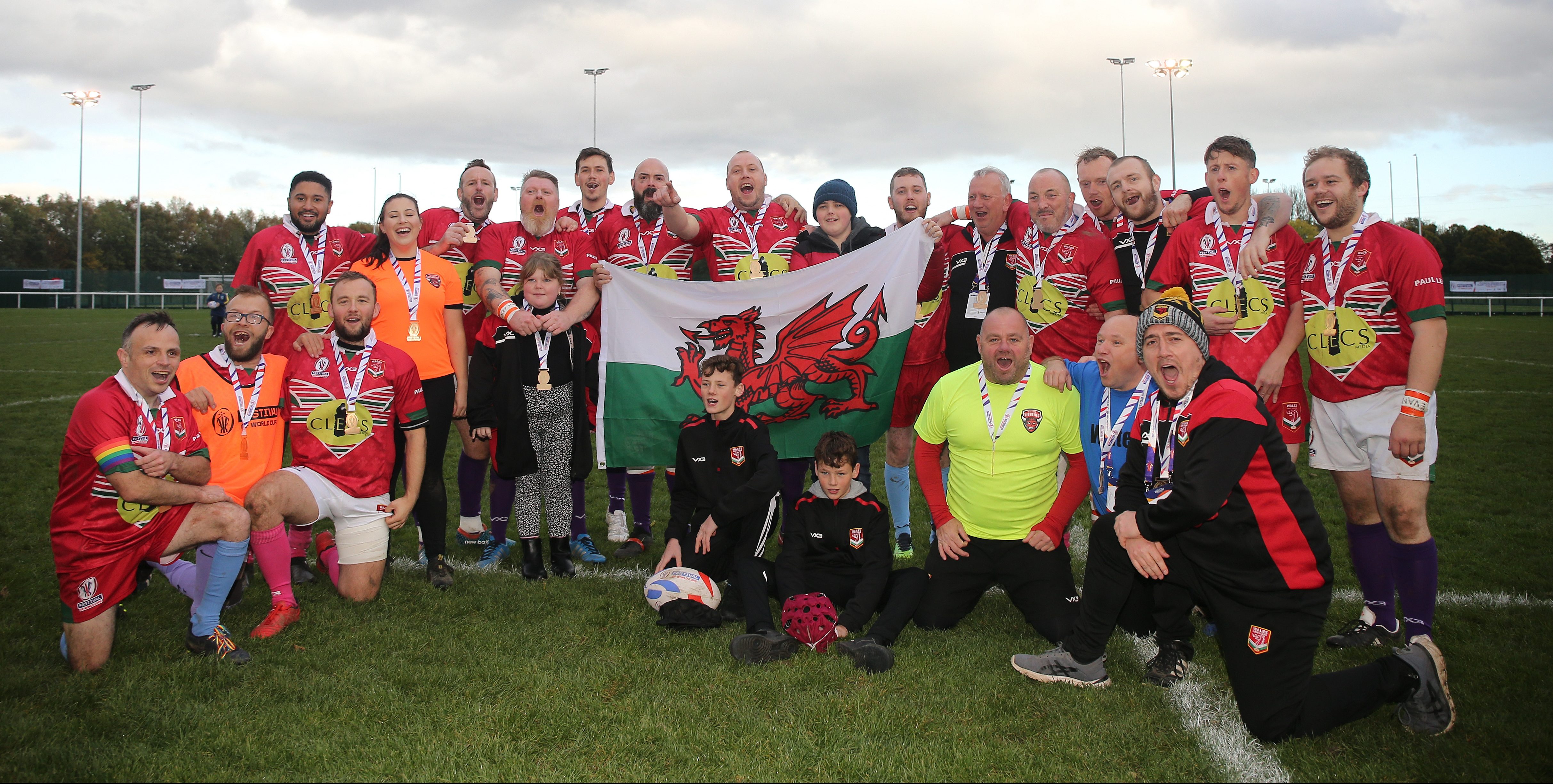 The Wales Physical Disability Rugby League side have emulated the 2013 Wheelchair World Cup side by beating Australia twice in one tournament.

Their 32-18 win today in the third-place play-off of the tournament, is in addition to beating the same opponents 34-20 on Friday night.

These two wins, along with the Wheelchair side’s victories in 2013 are the only time that Wales have beaten Australia in a full international rugby league match.

Wales were unable to compete in the final after having their win against New Zealand reversed, after it was discovered that Wales had committed an unintended technical breach. This breach was regarding the ability classification level of the players onfield. In PDRL, ability is divided into three categories, and denoted by specific sock colours. There can be only a specific number of players per sock colour on the field at a time.

So not only did Wales beat Australia twice in three days, they did it with a player less throughout each game, as they didn’t have enough players in one of the categories to field a full side.

Wales made a promising start with Gareth Sullivan and Justin Martin showing up well and making fine early runs that led to Morgan Jones scoring a great try under the posts which he also converted.

Australia fought back into the game with a fine steal from Adam Hills, also known to many as a comedian and Channel 4 chat-show host, driving his side forward and this led to a fine try by Bryce Crane which went unconverted.

Wales continued to drive forward and following a powerful Gareth Sullivan break, Chris Young scored a superb try, Sullivan again kicked the conversion to give his side a 12-4 lead.

In a fast paced first half of top class rugby league, it was the Welsh who were dominating play, but a good Australian defence led by Stephen Hendry stopped any further scores before the break.

The second period saw a fast start from the Welsh, with captain Ben Lewis and Leif Thorobroe leading the line and soon Young scored with a fine break down the far line that Sullivan just failed to convert.

The Aussies came back yet again through another Bryce Crane try, well converted by Stephen Hendry to bring the score back to 16-10, but the Welsh were determined and an outstanding break by Gareth Sullivan saw him score, and soon after that flying full back Leif Thorobroe sealed a fine personal performance with a slick try, well converted by Sullivan. The put the score onto 26-10.

But in a match played at breath-taking pace, Wales lost a player when they Sullivan received a yellow card from referee Karl Vasua. It was then that Australia put together a great set of passes to see Hills burst over in the corner to score. The Aussies then punished a Welsh slip to sneak over again through a Ryan Gauldron try and the score was back to 26-18.

However, the Welsh would not be denied their second win against the Australians and with three minutes remaining, Dan Shaw dived over and Sullivan converted to seal the win.