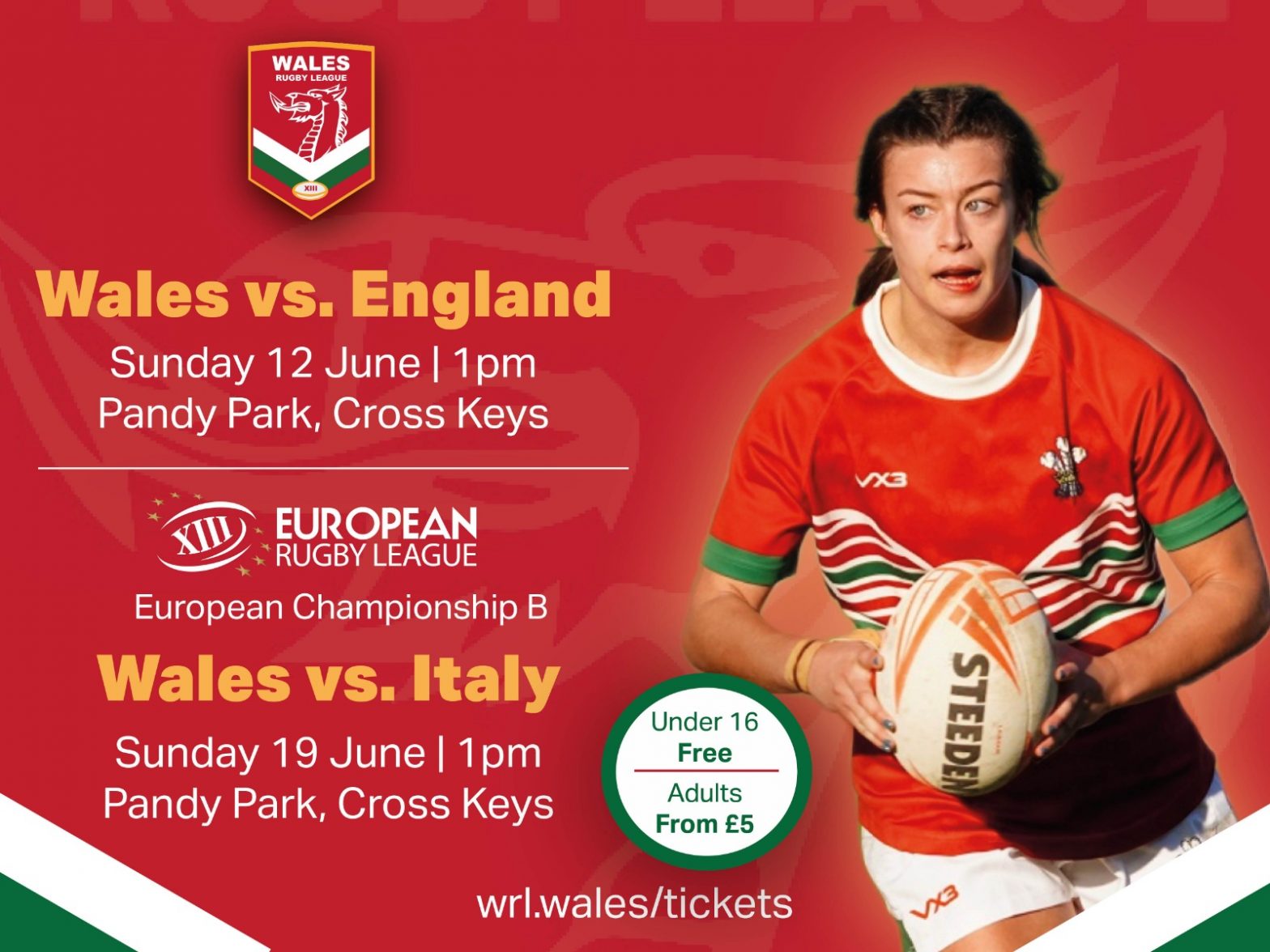 Wales Women’s Rugby League head coach Tom Brindle has named a 26-player squad for their upcoming matches against England and Italy, both of which are to be played at Pandy Park, Cross Keys.

The stand-alone England test match is on Sunday 12 June, whilst the Italy game, Wales’ first ever in the newly formed European Championship B, is a week later on Sunday 19 June. Both kick-off at 1pm.

There are eight potential new caps in the squad, including two who have won caps for Wales in rugby union in the past – Bethan Dainton and Rhi Parker.

Dainton, who has played rugby union for Dragons, Bristol Bears, Harlequins and Barbarians, started playing rugby league last year for the British Army. She has won eight Welsh caps in the union code.

Parker, who has turned out for Cardiff Blues, Bristol Bears and Crawshays in her rugby union career, has won five Wales RU caps. She is new to rugby league this year, having joined Cardiff Demons.

Ffion Jenkins, and twins Katie and Rosie Carr, all of Bridgend Blue Bulls and Cardiff Demons, are all also in line for the first appearances, as is Bradford Bulls’ Anne-Marie Sayle. All four were involved in the Wales squad last year, but are still to win their first cap.

The final potential debutant is Brittony Price, who started her rugby league with Bridgend Blue Bulls last year and made her Cardiff Demons debut last month. She has played rugby union for Pencoed.

The inclusion of Ffion and Sara Jones means that Wales could field two sets of twins in the same match for the first time in the nation’s international rugby league history.

Brindle says: “We’ve some new girls coming into the squad, and they’ve all been working very hard, which is what we’ve been asking them to do as we know we needed to get fitter, faster, stronger. I think we’ve improved since last year since we started on our journey, I can really see the progression and I’m looking forward to the two-game test series.

“It’s the first time that our team will get to play a fully-ranked test match in South Wales so we’re excited about that. It’s a great opportunity for young girls to see the national side up close and personal, and hopefully inspire more of them to want to play rugby league. Also, most of the squad are based in South Wales, so it will be special for them to have so many friends and family able to come and see them represent their country.

“We knew that every year we needed to get better and the England game last year was a chance to benchmark ourselves. These games will be a really good opportunity to see how far we’ve come in the last 12 months. The players’ aim will be to put a good performance in each time and we’ll see what comes off the back of that.”

Tickets for both games can be bought by going to https://wrl.wales/tickets 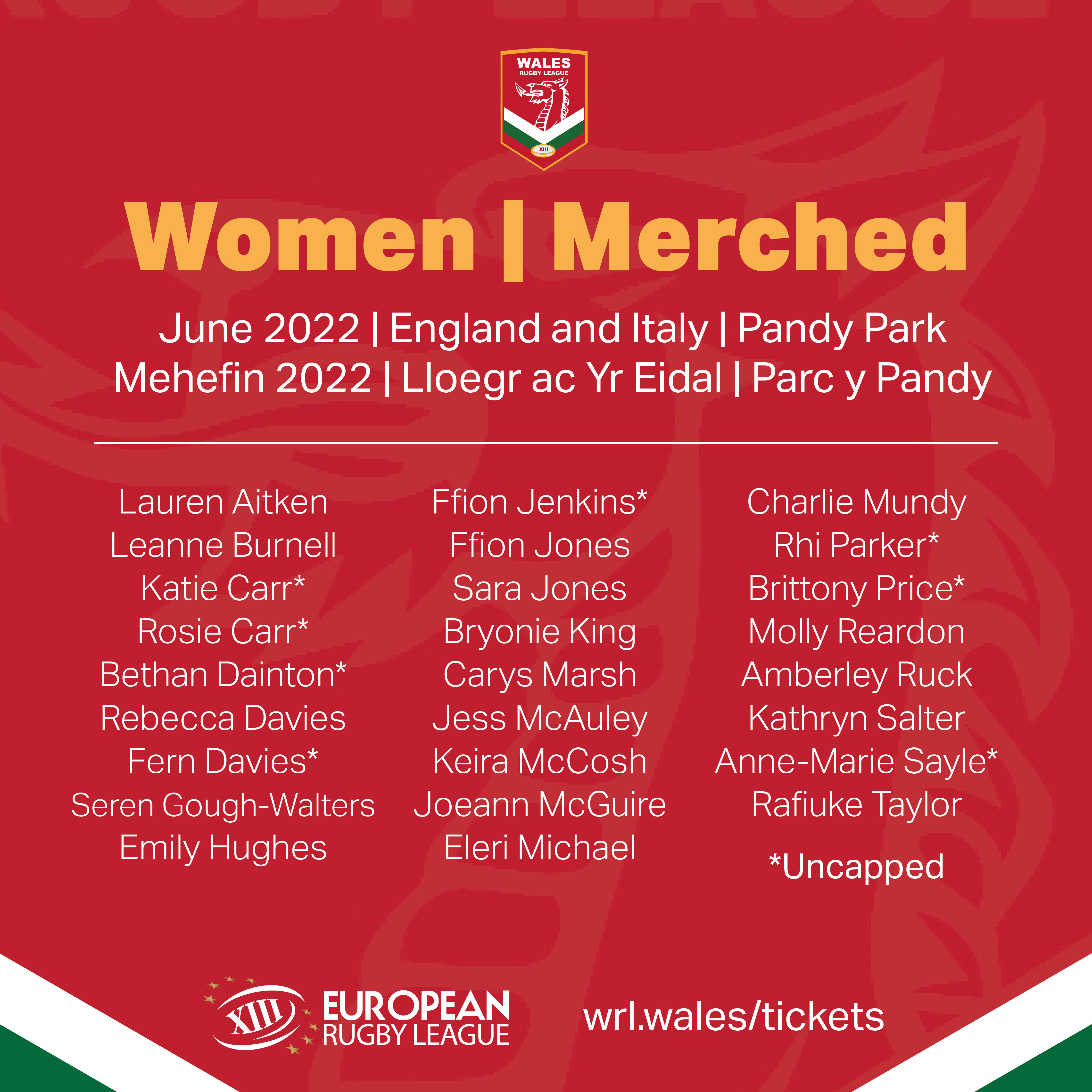