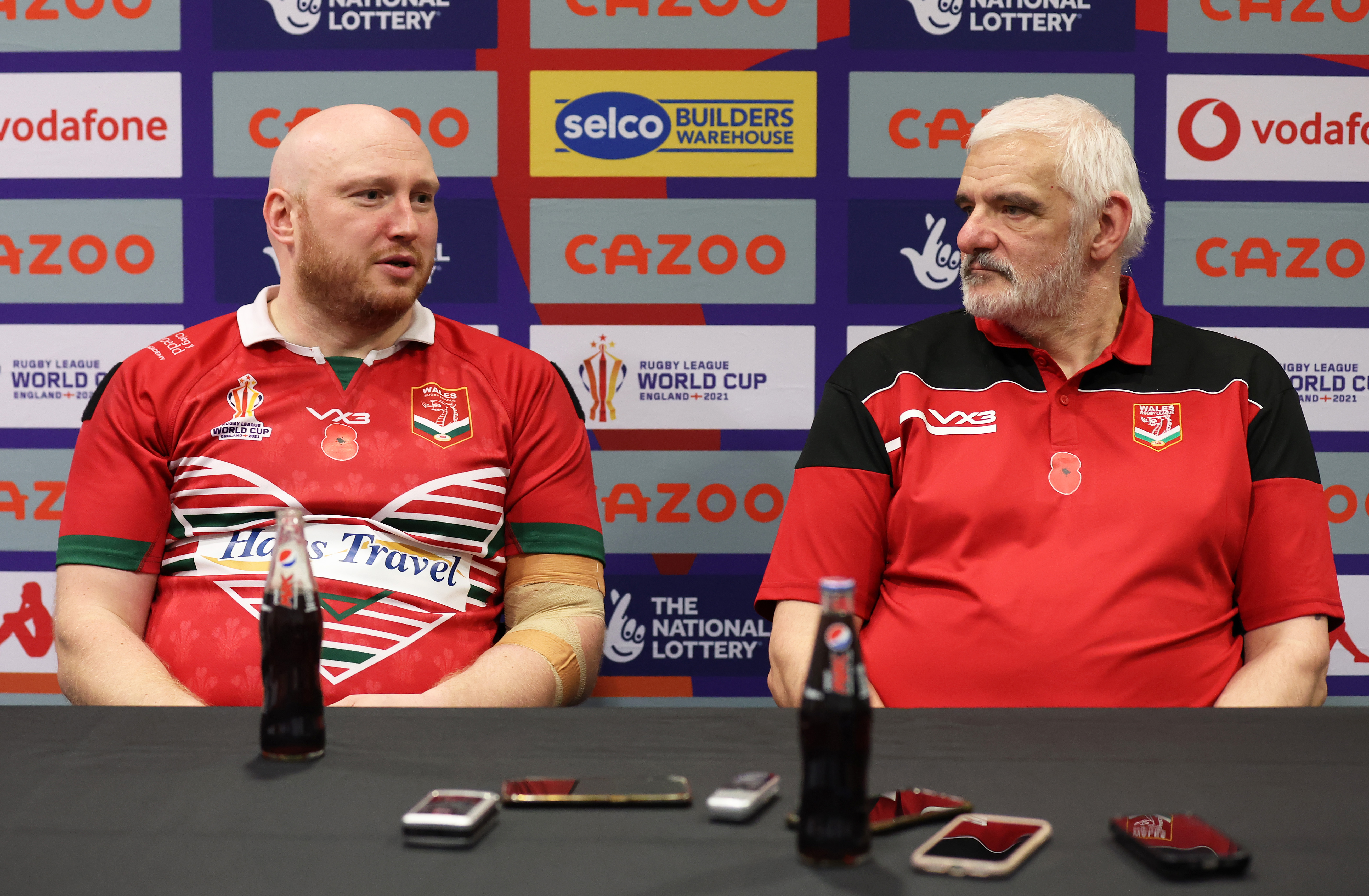 Wales Wheelchair head coach Stephen Jones says his side were out but not down following their 125-22 loss to England in the Rugby League World Cup semi-final in Sheffield on Sunday afternoon.

The Welsh scored just one try in the first half, through Scott Trigg-Turner, and were 70-6 down at half-time.

However a much improved performance in the second half saw them scoring three tries, as Gary Preece, Stuart Williams and Alan Caron all went over. Andrew Higgins kicked two goals and Preece one.

Despite the heavy defeat, Jones was proud of what his side had achieved as rugby league’s “best kept secret” attracted fans from all over Wales, thanks to the live BBC2 television coverage that showcased one of the most enjoyable codes of rugby to watch and play.

Jones said: “We’ve improved on the last World Cup in 2017 as we didn’t reach the semi-finals that time. This last fortnight, we’ve had the crowd behind us and we’ve had messages of support coming from all over Wales. The players out there today have done themselves proud, it’s been a privilege to have been with them and they’ve definitely all learned those red shirts they’ve been wearing this month.

“It was always going to be a tough battle against England. We knew that coming into the tournament and we knew that by watching them in their group games. I can’t knock the players for what they’ve done today. Yes we were a bit scrappy in the first half but in the second half we came out and played our style of rugby and we scored three tries.

“Nobody was really that upset. Yes we were upset we got knocked out but we thoroughly enjoyed that game, and that’s what this sport is all about, enjoying yourself.”

Jones says that already he’s been contacted by representatives of community clubs wanting to start up a side as the sport of Wheelchair Rugby League is now set to take off in Wales.

“The way that the Welsh public have suddenly got behind us is amazing, “ he adds. “We’ve had crowd coming up to us telling us how wonderful the sport is. We’ve new fans for life. We’ve had the Welsh Government sending us good luck messages and we’ve had Welsh people on social media linking up with us as they want to know more about the sport, and hopefully play it.

“For us, this Rugby League World Cup has been a great starting point for the game in general and especially for Wales. Community clubs in Wales are now looking at putting taster sessions on and that could drive a couple of dozen more people into Wheelchair Rugby League. It’ll give the Welsh squad a better depth. We also hope it’ll catch on throughout the world too. Onwards and upwards for everyone.”