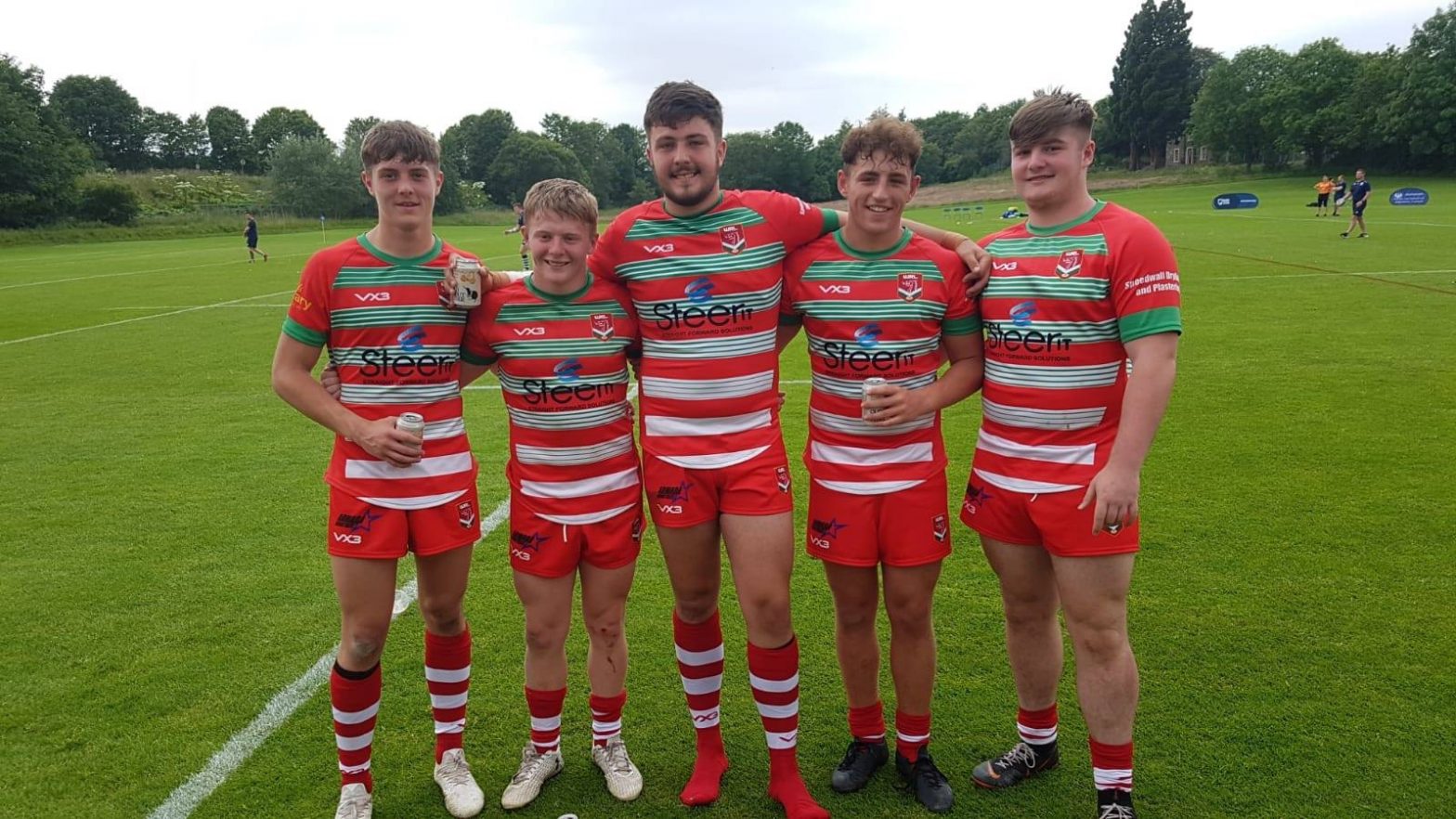 COLEG Y CYMOEDD UPDATE – In these extraordinary circumstances with this year’s school leavers qualifications being predicted, Coleg y Cymoedd have many education options alongside training full time at the Wales Rugby League National Development Academy. If you would like to discuss your’s or your child’s education pathway and options, then please contact Mark Jones Wales Rugby League National Development Officer 07886 654933 or email  mark.jones@walesrugbyleague.co.uk, and he will be happy to have an informal meeting.

On July 8, we announced that Coleg y Cymoedd, had become the official academy partners of Wales Rugby League.

The partnership, which is now to be known as the “Wales Rugby League National Development Academy” is the only Rugby Football League officially accredited dual academy in Wales, and are committed to producing the next generation of male and female rugby league players, with a potential pathway to play in Super League and international rugby league.

Adam Hughes, the Education Manager at the Rugby Football League, has also confirmed that for the first time, the Wales Rugby League National Development Academy at Coleg y Cymoedd will be open to everyone aged 16-19, regardless of gender.

Hughes confirms: “As of today, the Wales Rugby League National Development Academy are recruiting male and female rugby players, aged from 16 to 19 years old, who would like to train full time as a rugby league player, alongside an education pathway which includes A Levels, BTEC or vocational courses.”

WRL CEO Gareth Kear said: “We’re delighted that the partnership between Wales Rugby League and Coleg y Cymoedd has undertaken the official accreditation process with the Rugby Football League, and we have now achieved Dual Development Academy Status. This is the first and only accredited dual academy in Wales with a strategic plan to build the men’s and women’s game.”

Their programme aims to develop all players to an international standard and involves focus areas of Strength and Conditioning, and Technical and Tactical development, alongside providing an enjoyable experience of personal development for all our young athletes. They will also train daily and play competitive games together on a weekly basis, competing in the British Colleges League and Cup competitions.

Jones said: “At Coleg y Cymoedd, we are very excited to be official partners with Wales Rugby League after a five-year absence.

“We are very impressed with the work WRL are doing with their development pathways, and this partnership is a natural fit as Coleg y Cymoedd is currently the only college in Wales that offers a full time rugby league programme alongside a student’s education.

“We are now in a position to offer travel grants, kit grant and meal grants and we also provide self-funded local accommodation with host families for all players who live too far away to commute daily to the Academy.

“We are also looking into partnerships with Super League clubs, but we do not put restrictions on the club teams that our academy players participate for whilst at the Academy. If players would like to participate for clubs local to them in the South Wales area, we will help them locate suitable clubs for them to join.

“Already we’ve had a success story in Kieran Lewis who came through the WRL pathways, which included Wales U16s, Coleg y Cymoedd RL, Wales U19s and Wales Students, before signing a professional contract with Huddersfield Giants Academy. We know there are more to come.”

For those who would like to attend the Wales Rugby League National Development Academy, please complete an online application form at https://www.cymoedd.ac.uk/en/course/33853/level-3-in-sport-rugby-league to reserve your spot, or email mark.jones01@cymoedd.ac.uk, or call Mark Jones on 07886 654933.