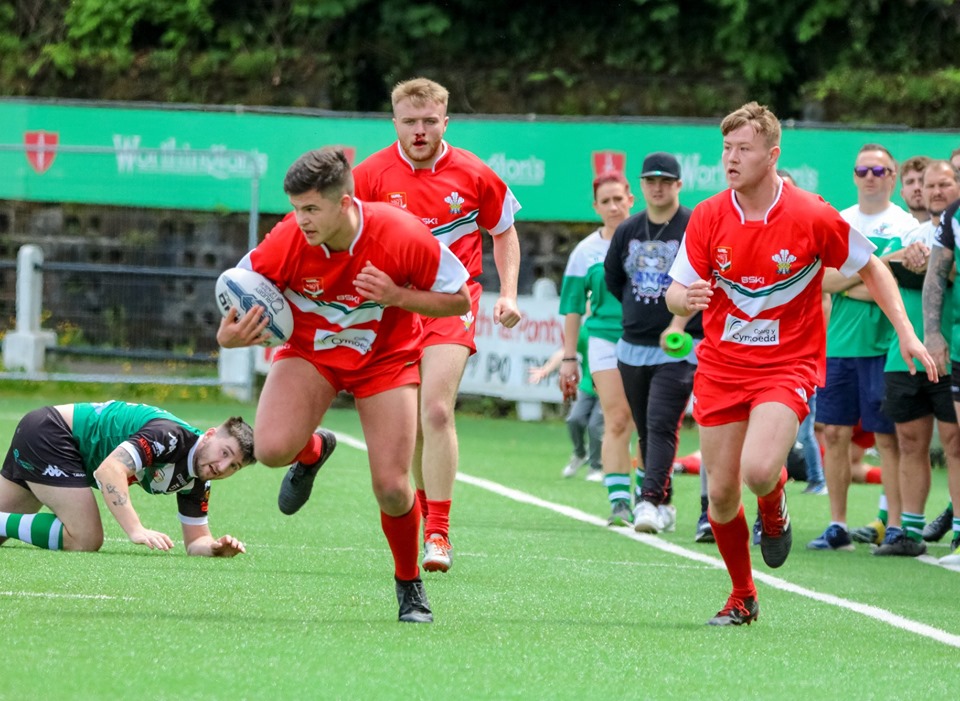 Wales Students head coach Paul Emanuelli has named his 20-man squad for the forthcoming Four Nations competition, which is to be played at Edinburgh University from June 22-30.

His side won their final warm-up match on Sunday, a 40-22 defeat of Welsh Premier League side Rhondda Outlaws at Sardis Road, and that helped him make the difficult decision to trim his 28-man training squad down to the 20 required for the tournament. 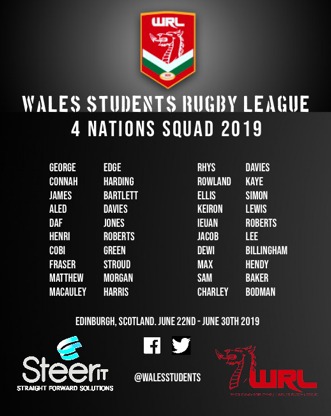 Emanuelli’s squad contains a lot of young professional experience, with 12 currently on the books of Championship or League 1 clubs and further two having made appearances in League 1 in previous seasons.

He said: “Naming this final 20 was always going to be the toughest part of the programme. We’ve had 28 boys since the initial trials and all have made a lot of sacrifices travelling back and forth to games and training.

“The programme has been much improved from last year purely down to the time we’ve had to arrange everything.

“I’d like to thank Monmouth RFC, Nelson RFC and Warrington Wolves who have all helped us by providing facilities.

“This year’s squad is extremely young with a view to the World Cup in 2021 but unfortunately the one mature student Daf Hellard that we planned to take has been ruled out through suspension which is a blow for us.

“That said, I’m really pleased with who I’ve selected. We’ve a number of 17 year olds who are all keen to learn and improve, mixed in with lads that are playing at Halifax, Bradford Bulls, North Wales Crusaders and West Wales Raiders.

“We’ve one last session next Sunday then look forward to the first of three massive tests, when we open the competition by facing England.”