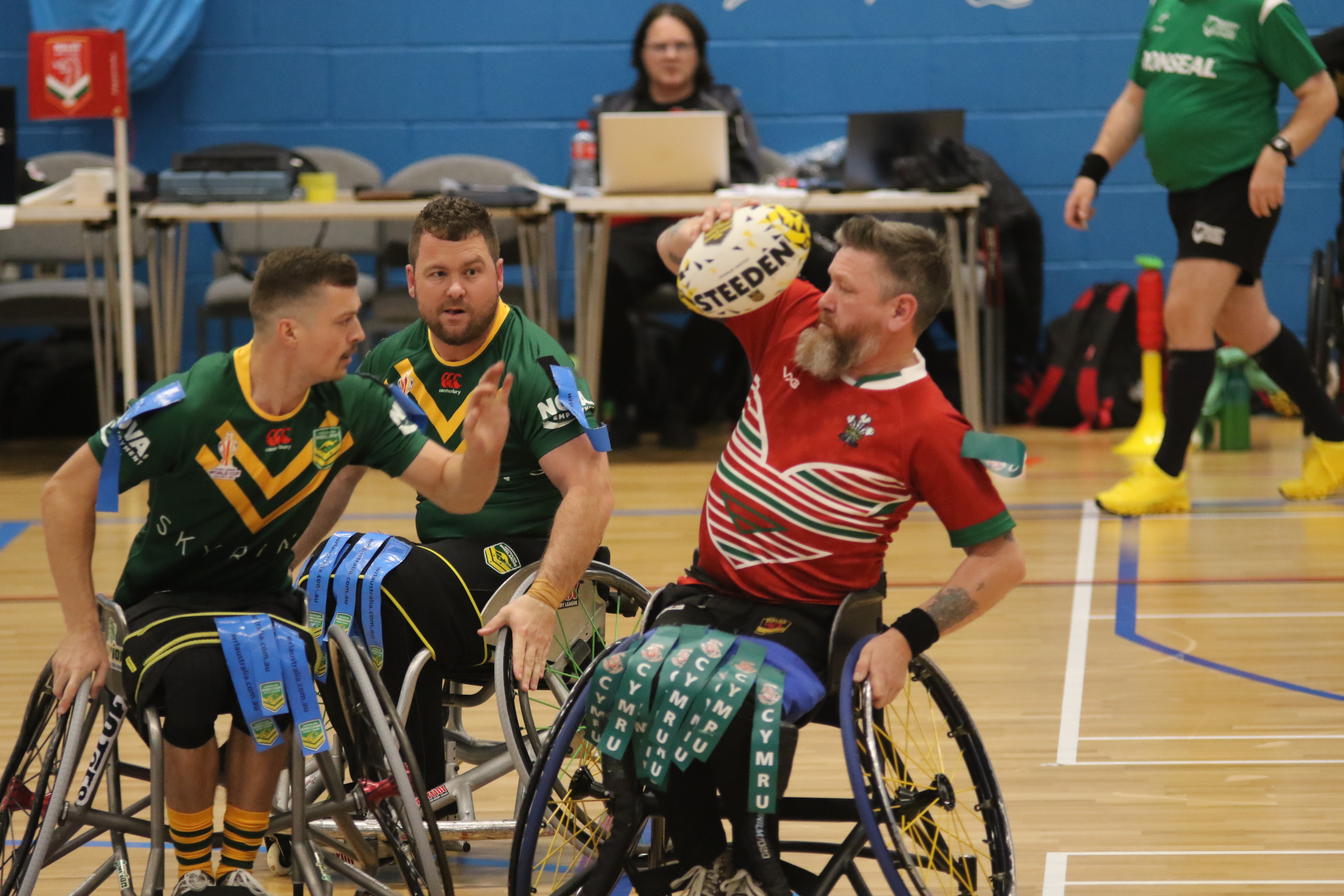 Wales Wheelchair have been given the warm up game that they needed ahead of their World Cup campaign as they went down 86-38 to a rampant Australia side.

The match was evenly poised for half an hour, but after Wales lost their third player through injury, Australia really had the upper hand and let rip.

It didn’t help Wales that Australia took the lead after just seven seconds. Wales didn’t pick up the ball from Australia’s kick-off and the visiting skipper Brad Grove picked up the loose ball to score.

However Wales soon levelled through Stephen Halsey who couldn’t convert his own try.

The Wheelaroos tried to take of the half. Cory Cannane went over twice for Australia, but neither try was converted, leaving them 12-4 up on 13 minutes.

But as can happen on a fast court like this one, Wales scored two quick tries. First through Scott Trigg-Turner who converted his own try, then an unconverted Martin Lane effort to give Wales the lead for the first time in the game.

A Diab Karim try restored Australia’s lead, before debutant Adam Tannock raced in under the sticks for the next. Karim finally knock over a conversion to put Australia 22-14 up.

Straight away, Andrew Higgins got Wales back into the game, with his try putting him on 400 points for Wales. Halsey converted.

Australia then went over for two more tries, first by James Hill, then a score from Adam Tannock, but when he went over, Wales’ Harry Jones who had just come on as sub, was crushed, and play stopped for nearly 10 minutes while he was being treated. Hill’s conversion gave Australia a 32-20 lead.

Following that break, the Aussies went over for three more tries, two from Hill and one from Harre, to put them 50-20 up half-time.

Australia extended their lead in the first minute of the second half, Tannock with the try that Hill improved.

Wales fought back again. Jodie Boyd-Ward and Martin Lane each scored for Wales, both converted by Halsey, to put the score back to 56-32.

But Karim went over for two more tries, before and after the hour mark, to try and put the game out of Wales’ reach.

Wales weren’t finished yet. Mark Williams dived over to get them back in the game and Halsey converted.

But when Zac Schumacher drove through for the 14th Wheelaroos try with just seven minutes remaining, it was definitely game over.

Liam Luff dived under the sticks for the final score of the game. James Hill converted to bring up 80.

There was still time for Adam Tannock to wheel past the Welsh for Australia’s final try, with Hill again converting.