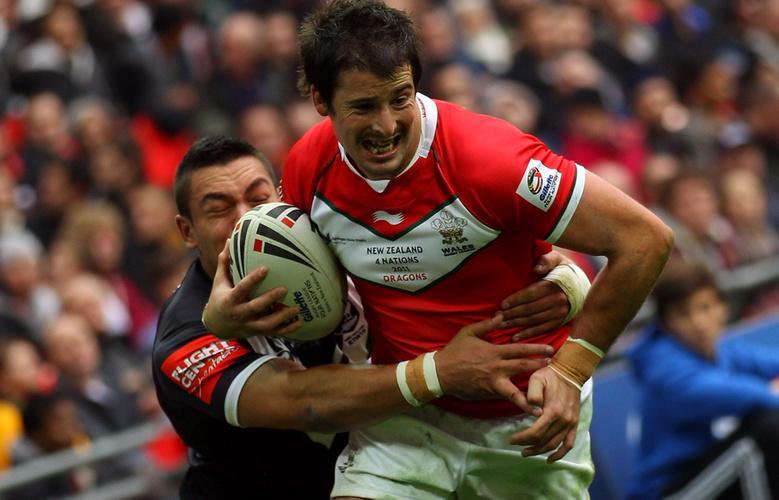 It has been officially confirmed that Wales are to take on Keighley Cougars in a fund-raising match for the family of Danny Jones.

The match will take place at Cougar Park on Sunday, October 25 (kick-off 3pm), with funds raised going to the children of Keighley and Wales stand-off Jones, who recently died of a rare heart condition after collapsing during a League 1 match at London Skolars.

This will be the first time in 33 years that Wales have taken on a club side, the last being St Helens at Stebonheath Park in Llanelli on June 5th 1982 in the Roy Mathias Testimonial in a game that finished 18-all.

A Just Giving fund set up by the Rugby Football League has so far raised in excess of £124,000, which at the request of Jones’ widow Lizzie will go into a trust fund for their five-month-old twins.

Keighley chairman Gary Fawcett says fund-raising will continue to the end of the year in a bid to reach £1million and Kear has confirmed that his Welsh team are keen to play their part.

Jones won the last of his 12 Welsh caps in their final match of the 2013 World Cup, having declined to play in last year’s European Cup because his wife was heavily pregnant with the twins.

John Kear, the Wales head coach, says there has been a “tremendous response” to the concept and that his players have all offered to play without pay.

“There’s been a tremendous response,” Kear told Press Association Sport. “The players have all put their hands up and agreed to play for nothing.

“Danny was very popular in the Welsh camp.

“I tried to get him to play in last year’s European Championship but he turned it down because his wife Liz was heavily pregnant and I think that demonstrates what a family man he was.

“Both Keighley and Wales have agreed a date and a venue.

“The match fits in with our schedule but, regardless of that, we would have wanted to play it because we just want to do the best we can for his family.”