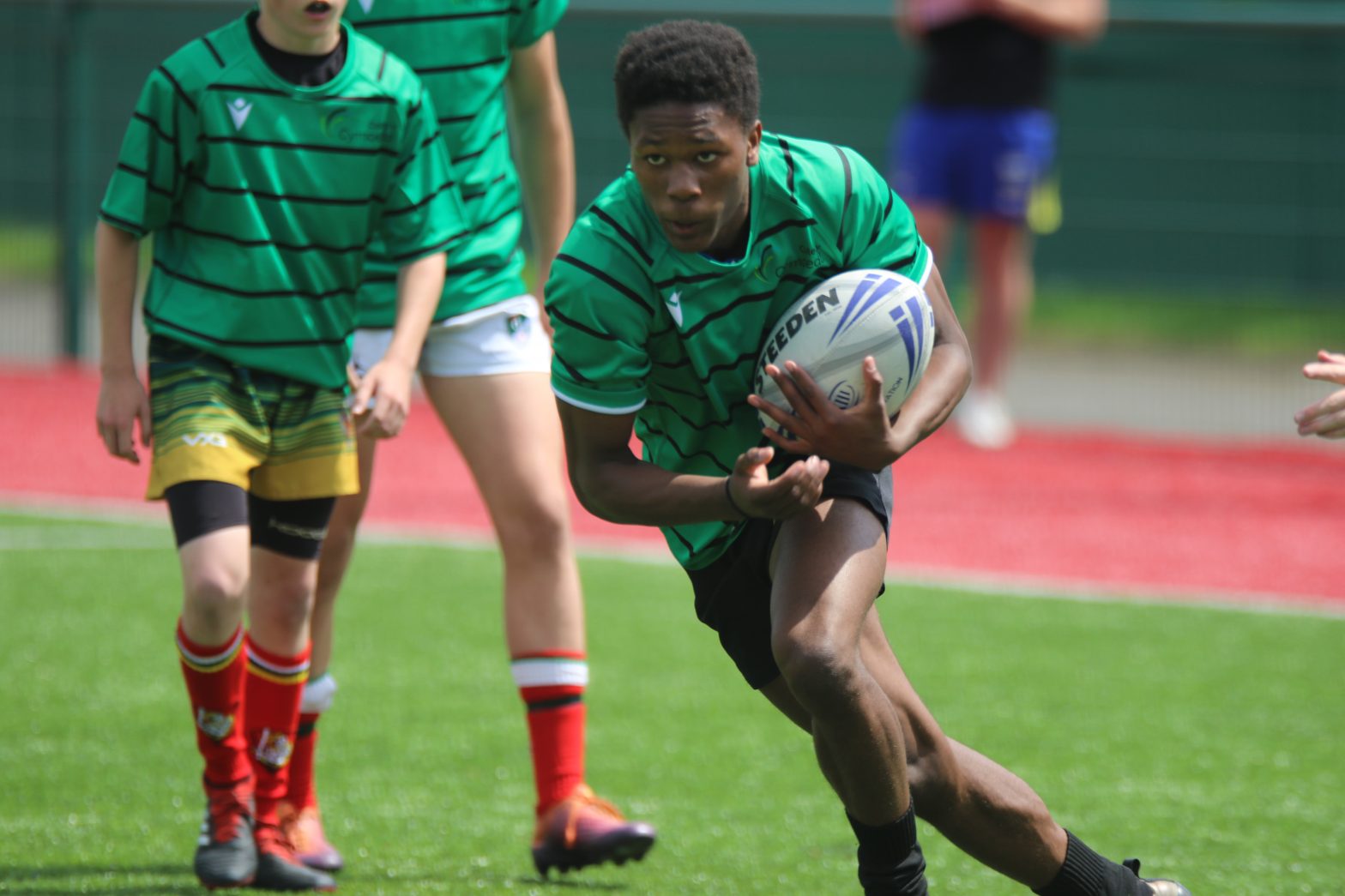 The winger, who turned 18 last week, has been at Torfaen since he was 12-years old and came through all of their junior sides before making his first team debut aged 16 and then his full East Wales debut after just turning 17. He made his only rugby league appearance this season in Torfaen’s Coral Challenge Cup match against the British Police. It remained their only match in 2020 due to COVID-19.

After winning caps for East Wales at junior level, he was selected for Wales U16 which is when he came to the attention of Super League clubs in September 2019 following a sublime performance for Wales U16 against England, which he capped off with a try that made national nominations for the RFL’s “Try of the Week”.

❗@Checkatrade Try of the Week

Jones said: “I am absolutely over the moon for Jermarie, this is so well deserved. He is a perfect role model for Rugby League in Wales progressing through the Torfaen Tigers and WRL pathways including West Wales Raiders and Coleg y Cymoedd.

“He is a very rounded individual both on and off the field, and I have no doubt he will be very successful for Hull FC at the highest level. All of the people involved with Jermarie’s development should be very proud that he has signed a professional contract.”

Torfaen Tigers chairman Matt Cummins said: “As a club we are incredibly proud of Jermarie. He has been at the Tigers from a young age and come right through our junior section where he has always been a stand out player in every team he’s played for.

“It is fantastic to see him getting the opportunity he deserves for the hard work he has put in and I have no doubt he is going to be a huge success. From everyone at the club we wish Jermarie the very best of luck and we are all behind him to support him every step of the way.”

Chatham said: “This is the best thing that’s ever happened to me, I am over the moon to where I am now. This is something I’ve always wanted to do and it’s a dream come true to see it all happening. I want to thank everyone for wishing me good luck, I’ll keep striving for bigger and greater things.”

WRL have a proven successful pathway and there are still opportunities to enrol on courses at Cymoedd and be part of the National Development Academy for this academic year. Please contact mark.jones@walesrugbyleague.co.uk or 07886654933 to discuss the education options available.