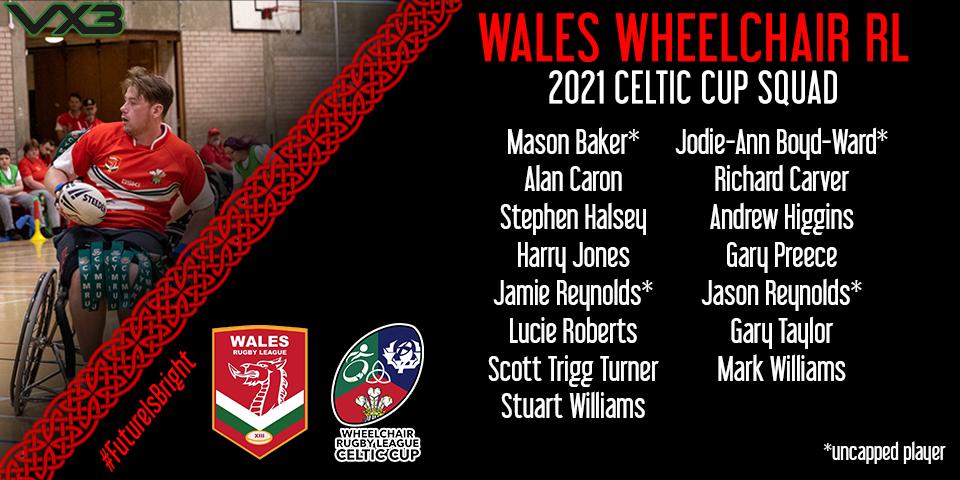 Wales Wheelchair Rugby League head coach Stephen Jones has announced his squad for the Celtic Cup after holding a successful camp in March.

A 17-person train on squad was announced in March but this has now been cut down to 15. The named squad includes four potential debutants, one of whom in Jodie-Ann Boyd-Ward, is a former European Champion and current Wheelchair Rugby League Challenge Cup holder.

Wales are the current holders of the Celtic Cup and will be looking to win their fifth successive title.

Jones said: “Following some fantastic training sessions and being able to see all the players in action, I feel like this is our strongest possible squad going into the Celtic Cup.

“Since becoming head coach in 2016, I feel like this is one of our strongest sides going into the tournament and with the new players being added to some of our most experienced players, this an extra dimension to the squad as well as strengthening our overall depth and I look forward to seeing the side have their first run out in almost two years up in Edinburgh.”

The 2021 Celtic Cup is being held at The University of Edinburgh’s Sport & Exercise Pleasance facility on Saturday 12th June, the tournament having been postponed in 2020 due to COVID-19.