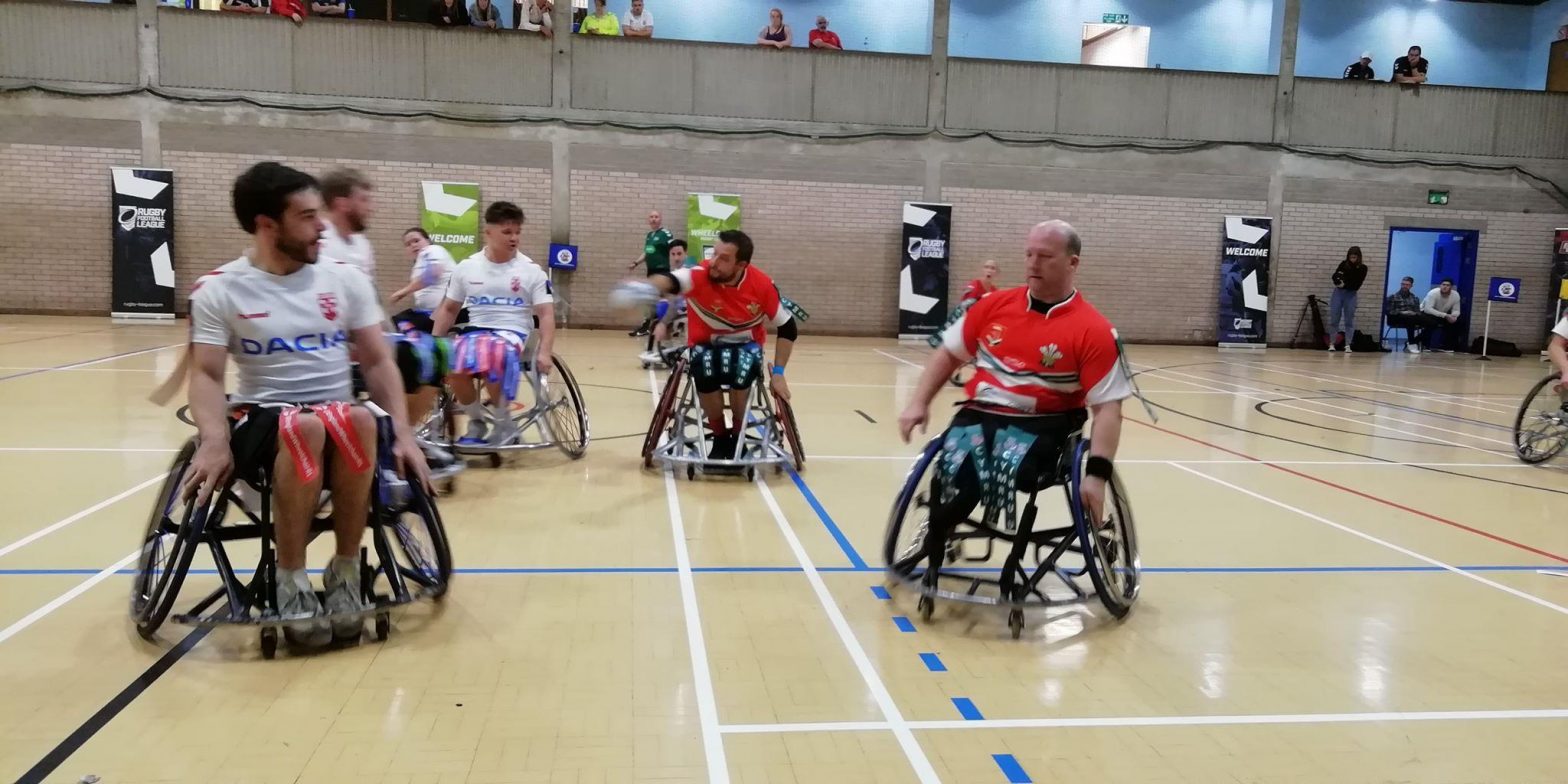 Wales will be playing a major part in a ground-breaking weekend triple bill of international rugby league in England this June, as sides prepare for the Rugby League World Cup.

To kick the weekend off, there will be an historic double-header featuring the England Men’s and Women’s teams at Warrington’s Halliwell Jones Stadium on Friday June 25, with both matches to be shown live on Sky Sports, an exciting first for Wales Women, who will face England with a 6pm kick-off. This will be the first outing for Thomas Brindle as Wales Women’s new head coach.

Then at 8pm, Shaun Wane will finally take charge of an England team for the first time, almost 18 months after his appointment as Head Coach, when his players take to the field against the Combined Nations All Stars.

This double header will be followed on Saturday June 26, by a Wheelchair Rugby League International at the English Institute of Sport in Sheffield, Wales’s base for the World Cup, where Stephen Jones’s Wales will take on Tom Coyd’s England team – with the kick-off for that fixture to be confirmed following discussions with the BBC, who will broadcast the match on their digital platforms.

In regard to the men’s match, the Combined Nations All Stars is a new name to reflect a concept born in Rugby League more than a century ago, when a team known as Other Nationalities faced England in April 1904.

The concept was revived as Exiles in four fixtures from 2011-13. But whereas that team was selected from imports from the southern hemisphere, the Combined Nations All Stars will draw on the traditions of the Other Nationalities, with players from all nations other than England available – including Wales, Scotland, Ireland, France and Jamaica.

Wales Rugby League CEO Gareth Kear said: “These games are historic and a welcome return for international sport – they are a clear example of how we are continuing to growing as a sport in Wales and England. This has only been able due to the support from our own WRL board and in particular our chair Brian Juliff. My thanks also go to Ralph Rimmer and Mark Foster at the RFL for ensuring these amazing events could take place.”

Wales Wheelchair coach Stephen Jones said: “Playing England has always been tough and we don’t expect this one to be any different. We came close to upsetting England in the last time we met in 2019, so who knows what this game will hold? The only thing I will guarantee is the level of commitment and some great rugby on display.

“This match will give us a chance in the World Cup lead up to show what the squad is capable of, and will give the players involved a last chance to show us what they can do and how hungry they are for a red shirt in November ahead of the final squad selection. Bring on June.”

Wales Women’s coach Thomas Brindle said: “It’s an exciting time for Welsh women’s rugby league. The sport has come a long way in short period of time and it’s a real honour to be involved in the first historic full test match.

“As we continue on our journey, this test match will be an important marker for us to build from. We have ambitions and plans, and we want to compete on the world stage.”

Final interviews for the Head Coach and Selector position for the Combined Nations All Stars were conducted on Monday, and an announcement will be made later this week, with further details of how the team will be selected.

An initial allocation of 4,000 tickets are now on sale for the double header at the Halliwell Jones Stadium on Friday June 25 – with the hope that further areas of the stadium will become available as social distancing requirements ease.

The England Wheelchair fixture on Saturday June 26 has an initially limited allocation with more seats expected to be released nearer matchday. Tickets for both events are available now at eticketing.co.uk/rugbyleague.