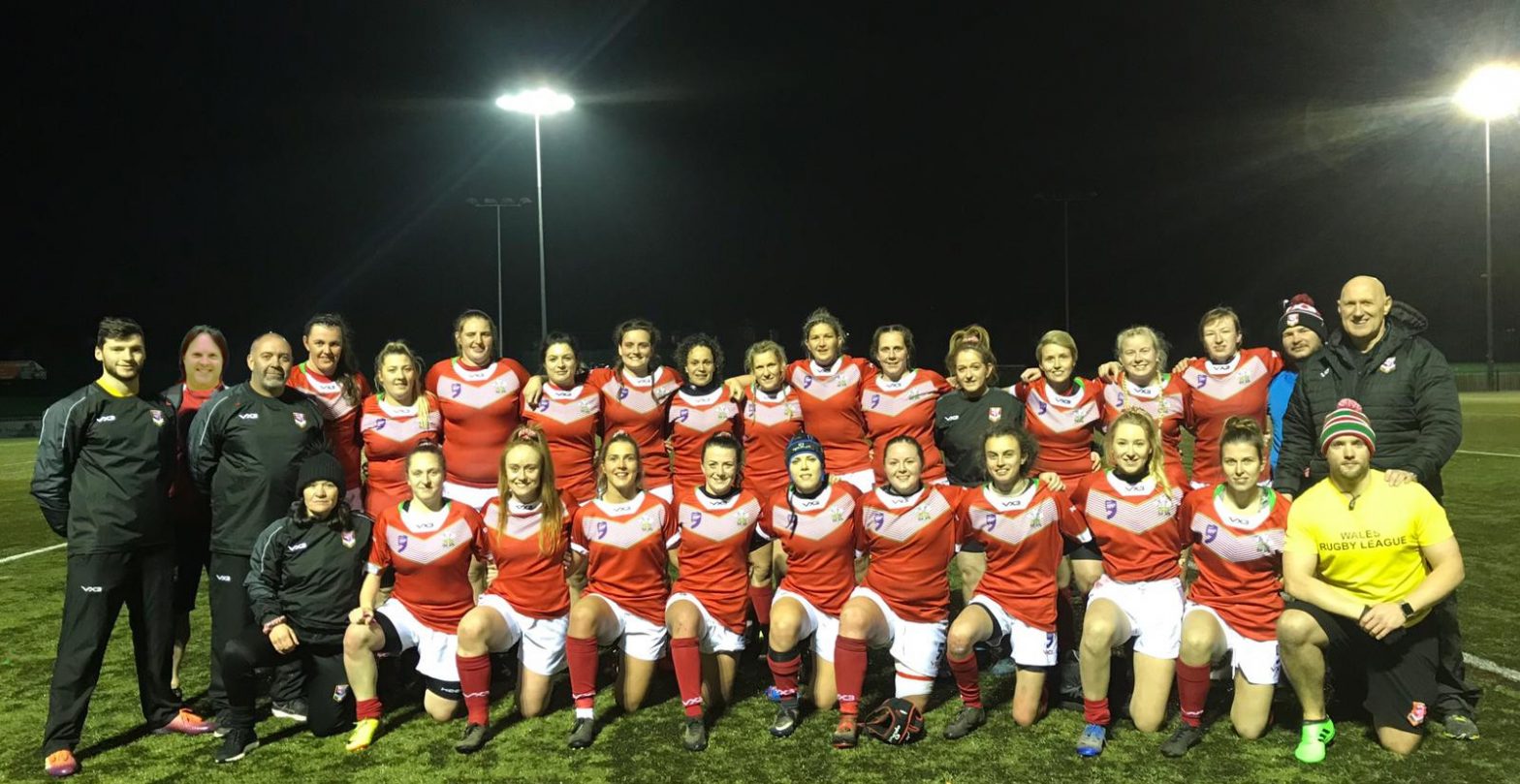 Wales Women’s victory over England Lions last month in their inaugural capped international, has been voted the most memorable Wales Rugby League moment of the 2010s in an online poll.

Their achievement, which was one of 20 moments selected by head of media Ian Golden and photographer Ian Lovell, was voted as the winner by a whopping 37 per cent of the votes.

Over 75 per cent of the votes were for the top five out of the 20 nominations.

Coming in second with 14 per cent was another Welsh victory over England – that of the Wales U16 international side in 2017, who registered their first and so far only win against the old enemy at that level.

Voted in third place with 11 per cent was another achievement from the women’s game – the first ever open-age match in Wales, which was between Cardiff Blue Dragons and Rhondda Outlaws, played in July this year.

Then in fourth on seven per cent, the public put their votes in for the Wales Wheelchair side, recognising their amazing achievement of winning four Celtic Cup trophies in a row between 2016 and 2019.

And the top five is completed by Valley Cougars’ 2014 Conference League South Final win against the odds over a Sheffield Hallam Eagles side that had not only beaten them three times that year but had put over 100 points on them in one of the games.

Watch the Wales Women’s victory over England below and read the match report here.

Wales Women’s coach Craig Taylor said: “What an achievement it is to take the top WRL moment in the 2010s in such a short turnaround.

“I’ve watched the England game three times now and picked it apart. There were lots of positives to build on and lots of improvement needed in aspects of our game.

“That win was built on passion, pride, and commitment to each other and their country by amazing group of players. In fact , the two games we played generated massive interest and we have taken a lot of people by surprise with our performances.

“The team haven’t sat back after the games either. They’re remained in contact as a group, have helped a number of good causes leading up to Christmas and have become the Welsh ambassadors for the “State of Mind Sport” charity.

“I only see the popularity of the women’s team growing. I’d like to thank the staff in James Allen, Dave Albertelli, Steff Griffiths and Louise Morgan. Without their support and knowledge, the programme would not have progressed as quickly as it has. Also to WRL CEO Gareth Kear and the Welsh board who have given me all the recourses I’ve asked for to make a successful start. Roll on 2020 and preparations for the Emerging Nations World Cup. Exciting times for Wales Rugby League – as we say #TheFutureIsBright.”

Gareth Kear adds: “There have been so many great achievements in Wales during the last decade and I think that the top five especially are a reflection of the equality that Wales Rugby League are striving for.

“On a personal level, I am delighted that the huge achievement of launching this first ever women’s pathway, appointing the staff, selecting players and preparing our first women’s test team in just 12 weeks has been recognised. In my opinion, it’s almost a miracle!”

The vote was set up for charity, with Wales Rugby League raising money for former WRL Dragonhearts international player Scott Bessant who was brutally assaulted and seriously lifechangingly injured two years ago. Purchases of our charity publication featuring most of the event below will not only will assist him in his life. He receives 50% of all money donated with 50% going to our other chosen cause, The Danny Jones Defibrillator Fund. More about this at wrl.wales/magazine.

THE TOP 20 MOST MEMORABLE WRL MOMENTS OF THE 2010s