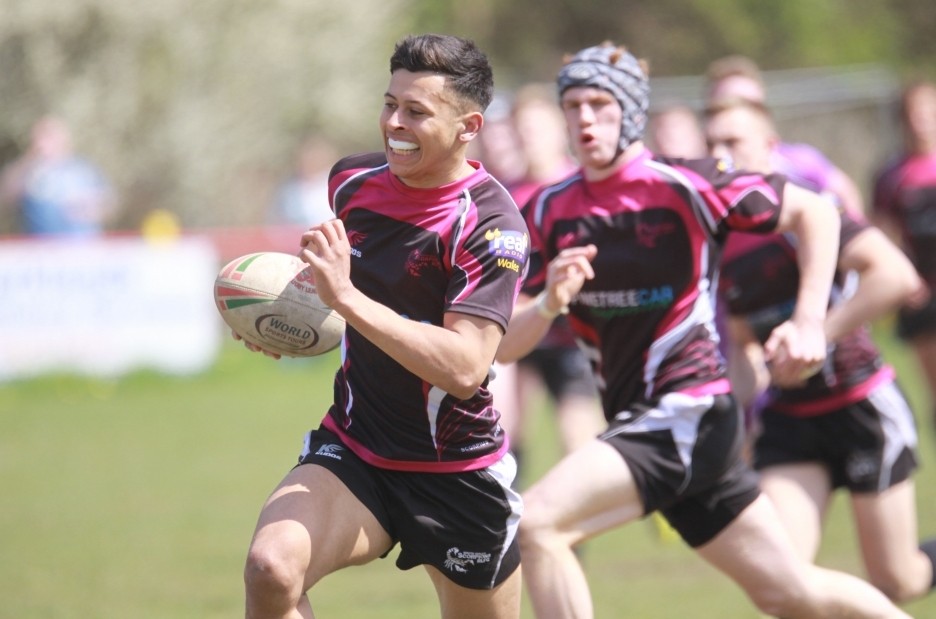 DANNY Richardson, Calvin Wellington and Regan Grace are the latest youngsters to agree extended contracts with the Saints.

Wellington and Grace started their Rugby League with the WRL run South Wales Academy and have played under the Scorpions banner. Both are Wales junior internationals.

Half Back Danny, 19, has inked a three year deal with the Champions whilst centre Calvin, 19, and winger Regan, 18, have each committed their futures to the club.

“Danny came to us from Halton Hornets and from the age of 16 has improved tremendously,” Academy Head Coach Derek Traynor said. “He has learnt how to manage a game and that is because he possesses an excellent kicking game.

“He has always been brave, tough and smart and he has taken that forward into this season’s u19s.

“He went on our last tour of Australia and that was the start of his learning curve. A few disappointments followed and that has certainly helped him focus on what he wants to do in his career. I’m really looking forward to seeing him take the next step under the first team coaching staff.

“Calvin and Regan joined us from South Wales RL last season thanks to our contacts down there and have both done well. They played on here trial at the end of 2014 and then went through a really tough pre-season with us and the first team.

“They both love the sport and are getting better with the more game experience they have.

“Calvin can play left or right centre, as well as on the wing. He has good footwork and is a good talker in defence too.

“Regan’s try scoring record in the u19s is phenomenal and that has come with him becoming more confident. We have encouraged him to carry the ball more in yardage, not worry about structure and just find space and weakness in the defence. Once he gets clear you can forget about catching him.

“Like Calvin, he has areas to work on going forward – and we’re delighted they will be doing that at Saints.”