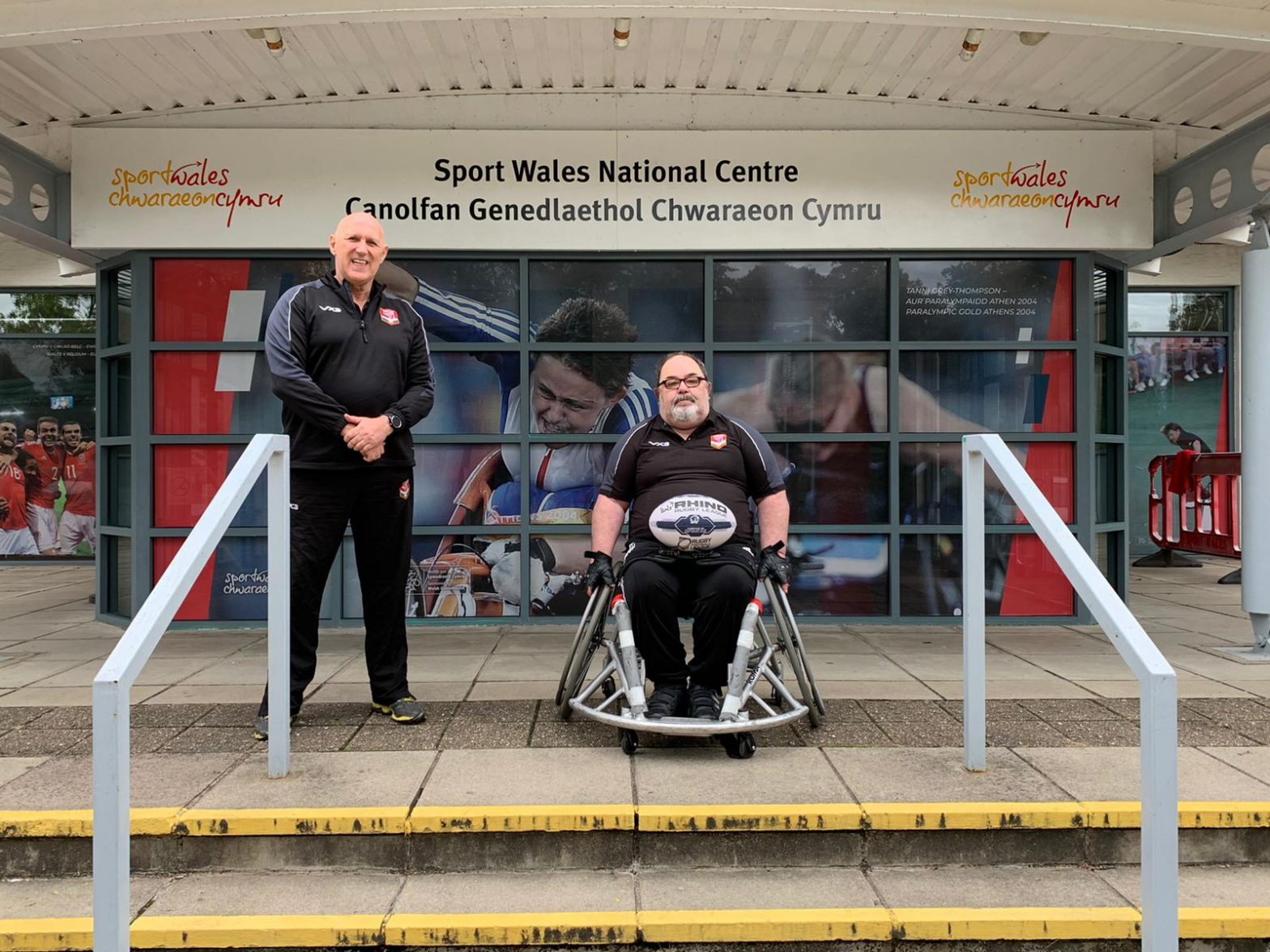 Jones and Price were appointed in their roles by WRL CEO Gareth Kear, to work with the organisation’s insport consultant Norman Greenhouse to help WRL achieve Gold Ribbon status as a governing body.

A key part of their new roles will be to deliver Wheelchair taster sessions in their respective areas of Wales. Jones, who also coaches North Wales Crusaders, and Price, who was appointed head coach of the new wheelchair side at Torfaen Tigers that was launched last week, will be working with our existing community RL clubs in Cardiff, Caerphilly, Rhondda, Bridgend, Aberavon, Wrexham and surrounding schools with guidance and grant applications support.

Jones, who started coaching with Wales in 2014 and became head coach in 2016, said: “It is a honour and a privilege to be appointed as the insport officer for North Wales by Wales Rugby League.

“I hope that all my of experience with the insport awards at various clubs and versions of the sport will be beneficial to all the clubs under the WRL banner, and I’m looking forward to helping all the clubs with their journey through the insport bands.

“I will always make time for clubs and organisations that want to grow the inclusivity and diversity of our sport in all the great versions that we run.”

“My coaching journey began as an “upright” in Sheffield when I was part of the team for the Hillsborough Hawks u18 side as both my sons played for the club, and my daughter cooked the post-match meals.

“I then became a Wheelchair RL coach after being inspired by three incredible coaches in the INVICTUS teams after being part of the 2014 squad, Paul Jenkins, Mike Spence and Scott Wallace. This led to my coaching Hereford Harriers from its inception, and now delighted to have helped establish the Torfaen Tigers Wheelchair team.”

For more information on Wheelchair Rugby League in Wales, please go to https://wrl.wales/wheelchair-rl.