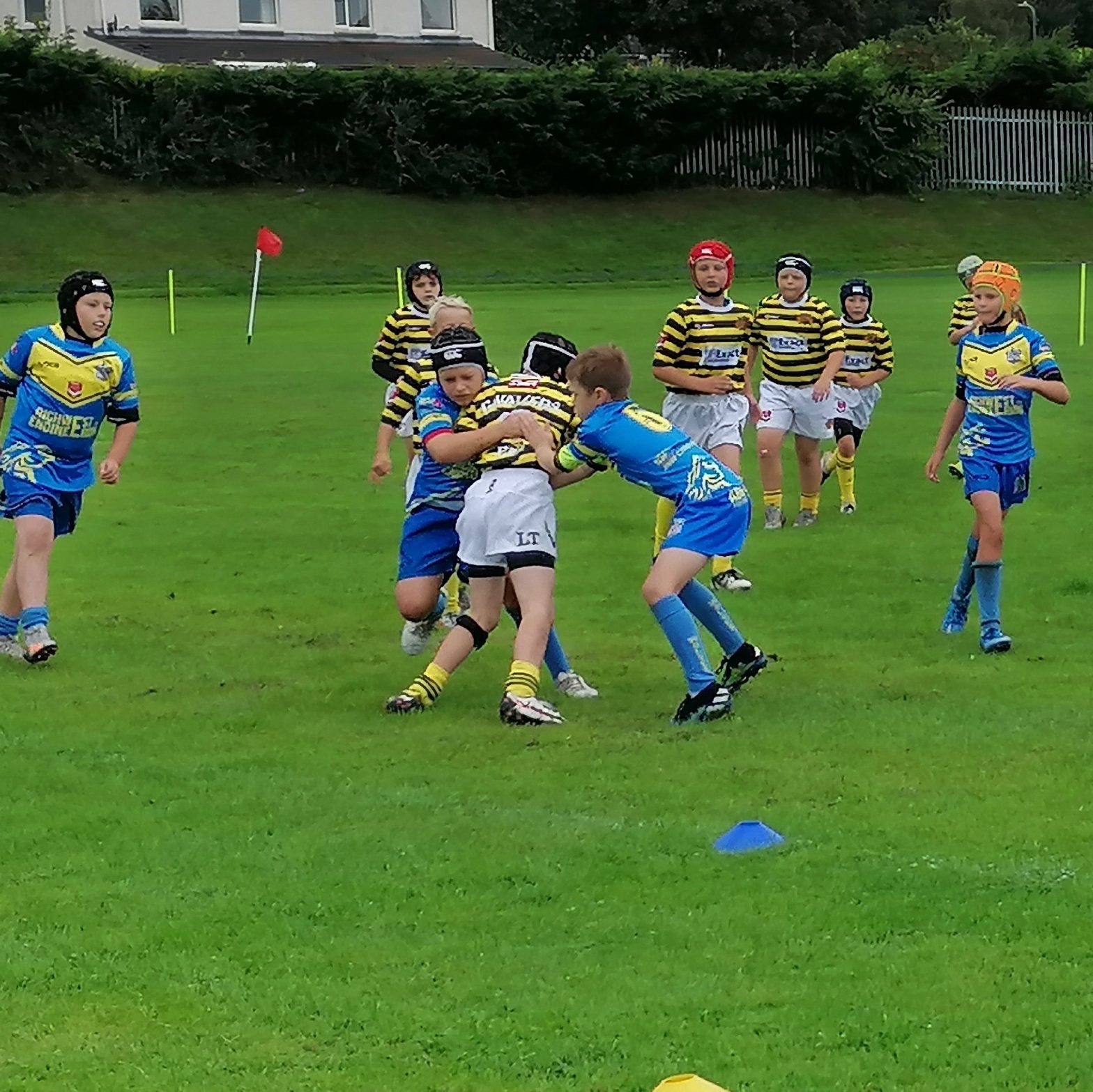 Wales Rugby League are nearing the end of a successful domestic season that has seen almost a 50 per cent increase in players compared to 2019.

The increase has been enhanced by the seven new community clubs who registered for 2021 – four of whom were in North Wales, an area that staged a men’s open-age community club competition for the first time in eight years. There was also a 100 per cent increase in women’s participation compared to 2019, new Wheelchair Rugby League sides, plus an U10s league that was launched for the first time. 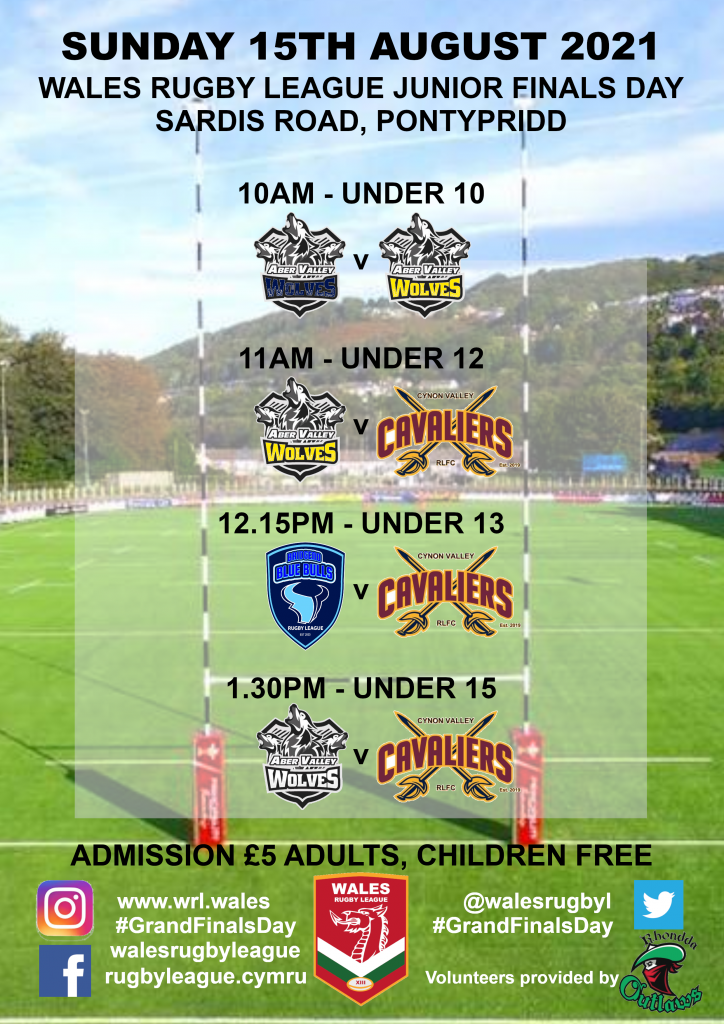 By the end of the WRL run domestic season, over 100 matches will have taken place since competitions began just over two months ago, with the U10, U12, U13 and U15 junior boys finals taking place at Sardis Road in Pontypridd next Sunday (see schedule image and below) with Rhondda Outlaws providing the volunteers for the occasion.

WRL have also run competitions at boys U17, women’s and men’s levels with these leagues still to conclude. The U17s have been particularly successful, especially because of the partnership with Coleg y Cymoedd and Salford Red Devils, and have produced two international sides – Wales U16 and U17 – each of whom will take on their England Lions counterparts in Colwyn Bay on Sunday 22 August.

In addition to these 100 plus matches, Welsh sides – men, women and wheelchair – have been playing in Rugby Football League organised competitions.

Cardiff Demons, the new elite women’s side in Wales that is run by WRL, scored 54 tries in their three games in the inaugural Super League Women’s South West competition (one match was cancelled due to Covid-19) and will face London Broncos in the semi-finals next Saturday in Aldershot (kick-off 3pm).

In the Wheelchair competitions, North Wales Crusaders have fielded three sides, plus there were new teams from the south in Torfaen Tigers and West Wales Raiders, with Cardiff Blue Dragons set to compete in 2022.

In addition, WRL have also trained more coaches and more match officials in 2021 than ever before, and have provided financial investment into the community game and player pathways.

Wales Rugby League CEO Gareth Kear said: “Our strategy was simply to develop sustainable community clubs that offer accessible Rugby League for all and, as you can see by our increased numbers this year, it’s clearly working. A huge debt of thanks to all of our brilliant clubs and volunteers who have made it possible.

“One of our key strategic aims was to create a NDA in partnership with a college and a Super League club and this has been incredibly successful. It’s the first time we’ve achieved this for six years and we think it’ll be as successful as 2009 when we had a Super League Academy with Celtic Crusaders. Now we have a clear pathway for boys and girls to both get an education and then play in Super League, semi-professional and the community game.”

WRL National Development Manager, Mark Jones said: “After no Rugby League for 18 months, WRL are very proud of the fact that nearly 100 games have been played since May 2021. Our community clubs and their volunteers have worked extremely hard to ensure their players have had a season under the most challenging circumstances.

“WRL are looking to put on a fabulous junior finals day this Sunday to reward the excellent efforts of all players and staff who have been involved this year. Thank you all for your continued support.”