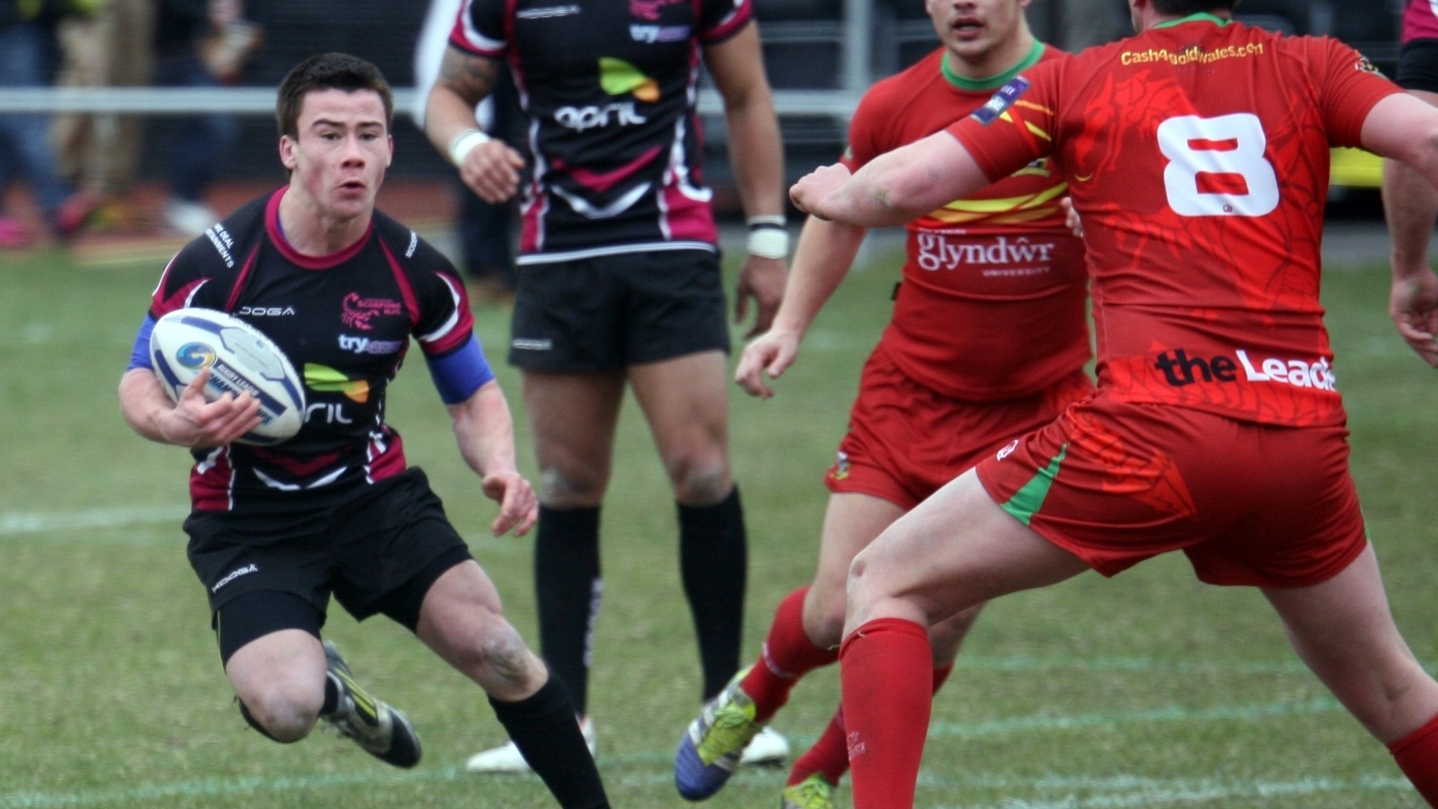 WRL Chief Executive Officer, Chris Thair said: “Along with the men’s international team, the two professional clubs are the national public face of Rugby League in Wales. Whilst separate entities, we are all affected by each other’s level of performance and therefore very much remain strategically important to each other. It is in our interests to support them both to become stronger and more sustainable clubs which continue to improve season to season”.

“We must continue to grow participation rates in schools and clubs, get more players playing for longer in the year, gain higher levels of coaching throughout the structures and create pathways which recruits, retains and develops talent from community through to the professional clubs.

“The results of 2015, which include getting two Welsh schools through to the UK schools Finals, club participation rates rising, more Welsh teams playing longer seasons than ever before and starting a new Rugby League BTEC course at one of Wales’s largest colleges, mean we are making progress however we remain along way short of where we wish to be.”

Thair has been complementary towards South Wales Scorpions’ progress since being taken over by new owners five months ago, and urges the South Wales public and local community clubs to support them.

“The renewed energy through the new investment at South Wales Scorpions is great to witness,” he said. “Starting a new under 20s team, engaging the schools and clubs around their new home, recruiting new players and then announcing an end of season tour to Canada makes the club a really exciting place to be involved in. This is fantastic for Rugby League in South Wales.

“The club have a very good bunch of young players progressing through the ranks, all of whom have come through the WRL system and are now trying to establish themselves in the first team. Our role is to ensure each new batch of players coming through to the club get better each year. A very pleasing aspect about the Scorpions is that it is a team full of very proud Welshmen.

“The first team sit at the pinnacle of the player pathways in South and West Wales and therefore public perception will be that the strength of the Scorpions is an indication of the strength of the pathways below them. Their league position over the last few years shows that we must all raise our game and get this right.

“The frustrating aspect for Scorpions supporters is that they won’t see the results of any progress made by WRL immediately. The new rugby league BTEC on the doorstep of the Scorpions at Coleg y Cymoedd which started in September 2015 is a great example of this. WRL worked with the college for a number of years to get this established and they now employ a fulltime Rugby League person who delivers to players five days a week coaching, conditioning and games. This is a strong boost to the Scorpions pathways however it will probably only be from 2019 onwards that players from this system start to make a significant impact upon the first team. This is just one aspect of pathway jigsaw we must get right which includes schools, creation of super clubs in the community game, universities, coaching and much more.

“WRL will soon send out communication to councils and partners around the possibility of establishing a national home for Rugby League. At this moment no Rugby League outfit, including the national governing body, are the primary tenants or owners of any fields or capital facilities in Wales . This has led to a transient sport with a tendency to move venues, serving nobody well and slowing the progress of Rugby League in Wales . Again this will probably take a number of years to establish though there is a clear vision to create a permanent home for both WRL and Scorpions. Much depends on what types of facilities are put in front of us, if any, during this process and where they are located. The feasibility studies are going to be interesting.”

Thair also praises the continued growth of Rugby League in North Wales thanks to the Crusaders’ on-going presence in the region.

He adds: “North Wales Crusaders in Wrexham have been a remarkable catalyst for Rugby League’s growth in North Wales since the club began playing in 2010. In 2009 there was just one club team and one university team playing in the region and now there are over 20 club teams and much more surrounding activity in the schools.

“WRL has invested into the region since 2010 in terms of staff and programmes which continues through to the present day by our funding of Allen Jones, a fulltime rugby league community coach. The work of Allen Jones has seen Rugby League become very popular in local schools and new teams entering the North West Counties, a long established club competition in England . The previous WRL Development Officer Matt Pritchard was instrumental in setting up a number of clubs, generating wheelchair activity and establishing the WRL performance centre at Deeside Leisure Centre.

“Deeside Leisure in Flintshire has been wonderful hosts since 2012 and proudly displays ‘Home of Wales Rugby League’ above their entrance sign. The facility has a number of WRL photos and jerseys up on the walls and dedicated Rugby League facilities such as the WRL performance gym, meeting room, changing rooms and rugby pitch. Whilst it is the home of Flintshire Falcons RLFC and the North Wales Crusaders wheelchair side, the site is also the base for Wales Wheelchair and the Wales senior men’s team during tournaments.

“For five out of the last six years WRL has held men’s senior international games at the home of the Crusaders to further support the clubs growth in the area. The Crusaders supporters are a wonderful bunch, full of song and offer great support at our international fixtures. We have also worked tremendously hard in the last few years in financially and strategically supporting the Crusaders, ensuring the club continues.

“Whilst the support is in place, clubs are separate legal entities to the NGB and controlled through their own Boards of Directors. Our supporting resources hopefully influence the club in the right manner but the ultimate responsibility rests with the club itself. It is fine balancing act.

“It is important to note the community game remains equally important to Wales Rugby League as the performance structures. For our national strategy we deliberately moved away from the traditional pyramid structure of performance sitting above the community game, our model shows them both sitting side by side. A statement of our commitment to member clubs and as an ethos to what we are about as an NGB.

“Rugby League is such a size in Wales that we are in every sense very much like a family. We wish both professional Welsh clubs every success for their 2016 season and by all of us continuing to work together we will all become stronger.”

Both clubs have their first league game of the season this Sunday 6th March. North Wales Crusaders play at home at Glyndwr Racecourse Ground, Wrexham, KO 2.30pm as Barrow Raiders are the visitors. Please go to www.northwalescrusaders.co.uk for information and season ticket purchases. South Wales Scorpions are also at home. They kick off at 3pm against Keighley Cougars at Virginia Park, Caerphilly. The Scorpions and Crusaders meet in the Big Welsh Derby at Cardiff Arms Park on Saturday 4th June. Go to www.scorpionsrl.com for more information on this and to buy Scorpions season tickets.