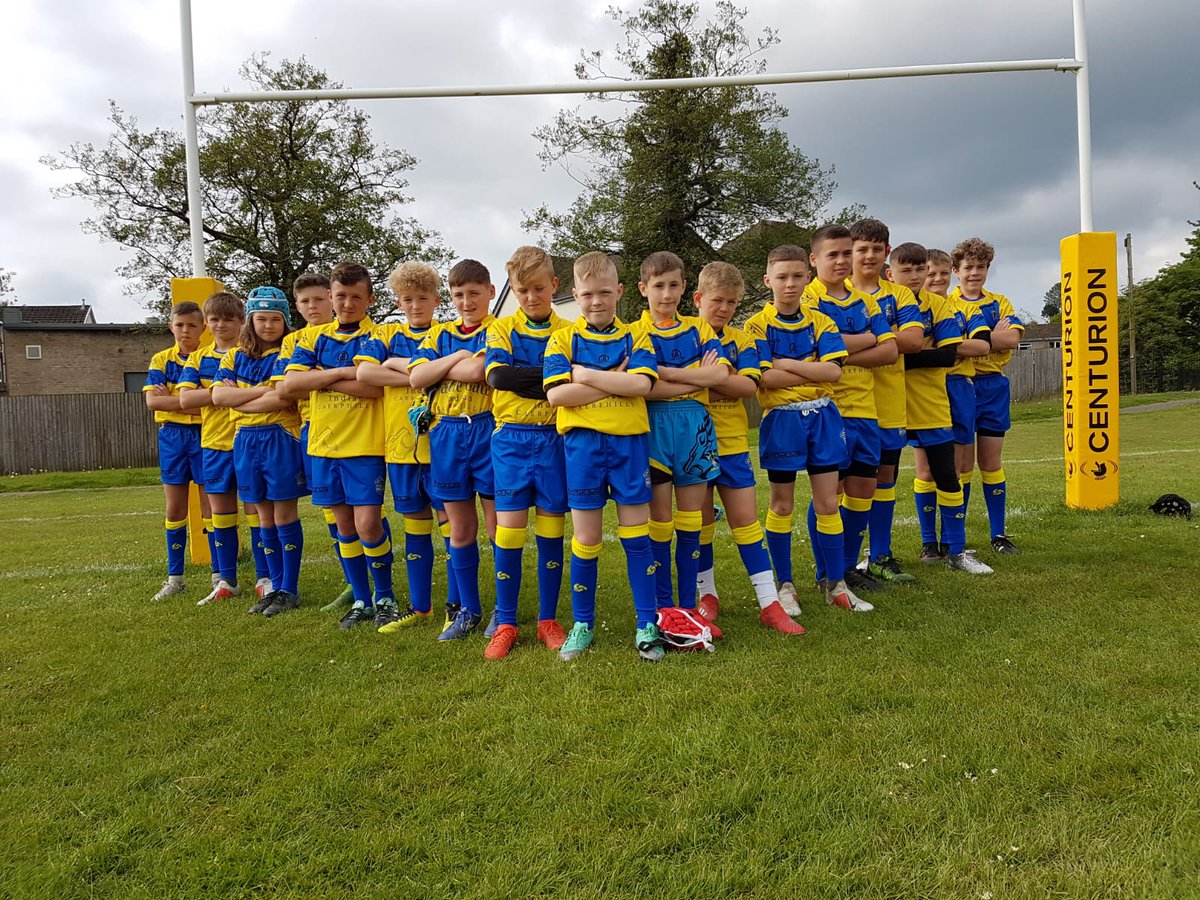 Aber Valley Wolves Rugby League Club was formed in 2011. They play out of Aneurin Park in Caerphilly and field sides at every junior age-group (but are looking to now form men’s and ladies’ sides), as club General Manager, Helen Treherne writes…

We’re now delighted to have a permanent home at Aneurin Park and we’ll hopefully soon be kicking off our third season there. The club started off in different rugby union clubs, to which we’re extremely grateful, but were pushed from pillar to post, from union club, to school, to public pitches. We even had to scramble to find another pitch halfway through the season one year!

In 2018, we decided enough was enough and approached Caerphilly County Borough Council’s Parks Department and Sports Development Department to see if they could help. With support from CCBC, the club was able to move to its own pitch at Aneurin Park, Penyrheol. Sports grants helped towards the purchase of rugby posts, post protectors, corner posts and equipment and CCBC staff have been crucial in maintaining the pitch to an excellent standard and making sure the gates and changing rooms are always open on time, so a big thanks go to them. 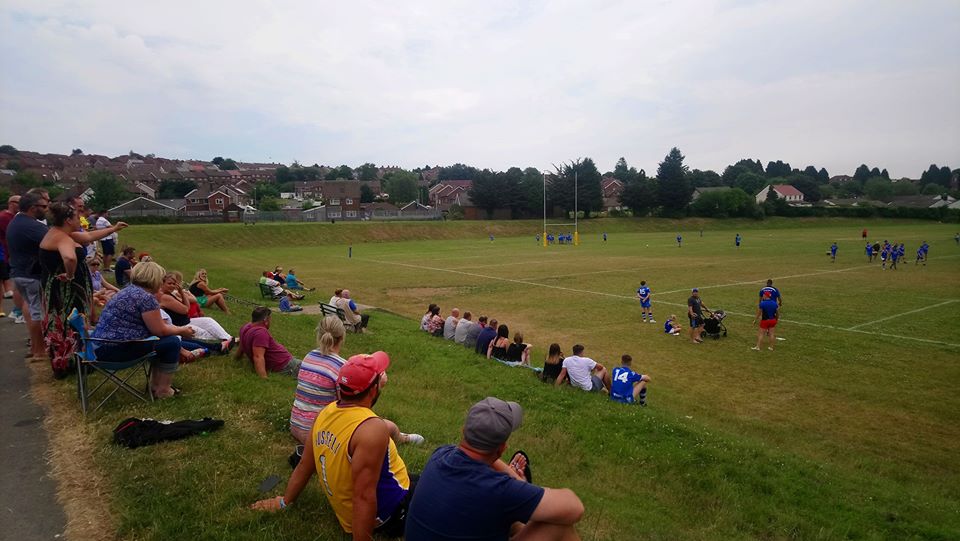 At last, the club has a place to call its own for the duration of the rugby league season and it is the only pitch marked out specifically for rugby league in the Caerphilly County Borough.

Over the years, we’ve seen a steady influx of players and have fielded teams at every age-group, plus an open age side from 2014-16. However last season, we saw an explosion of players into our U12s and U14s age groups, which meant we could run two squads at each age group, in addition to fielding U16s and U19s sides. 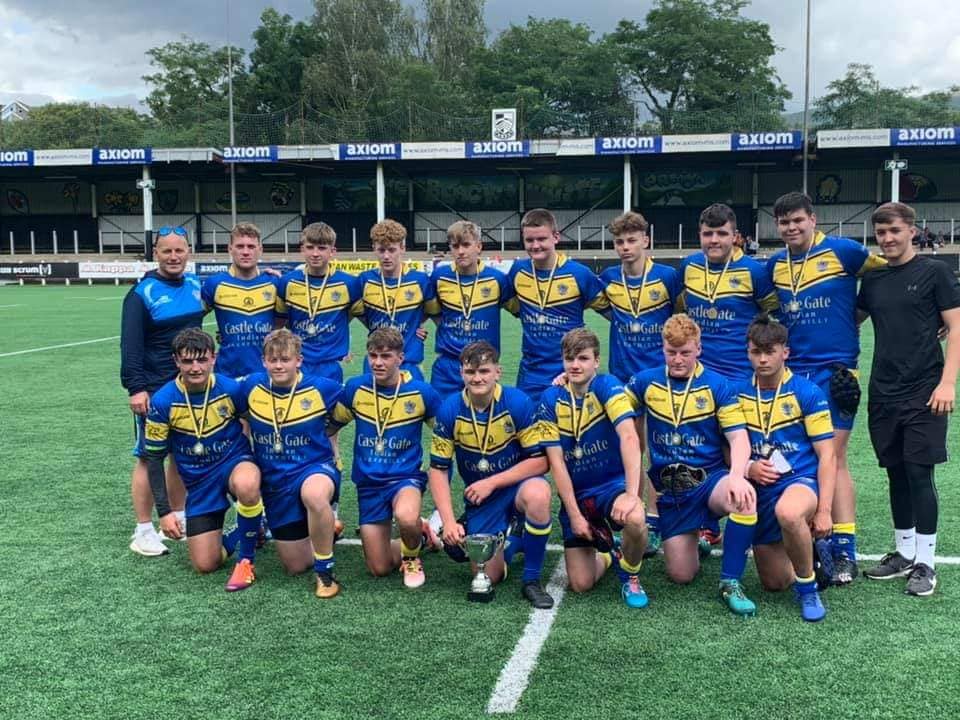 The club is very proud of all its players and was thrilled when our U16s retained their Grand Final title last season (above) and our U12s were Grand Finalists. It was a fantastic season for our youngest side, most of whom having never played league before and are now hooked. Our players have become great teammates and have made new friends for life.

The club is also very lucky to have qualified, dedicated coaches who give 100% to training sessions and matches, in addition to a growing number of qualified referees,volunteers and first-aiders.

Some of our coaches have also been selected to coach Origin and international junior squads and one of our referees is Referee Fixture Manager, so there are plenty of opportunities for ambitious coaches and referees in rugby league.

Without our fantastic coaches, our club wouldn’t survive, so a huge thank you goes to the following:

A big shout-out also goes to our invaluable first-aiders: Zoe Ashman, Sarah Apsee and Dai Carter. Also, a huge thank you to parents and volunteers who help the Wolfpack family week in, week out. We’re always looking for more coaches, so if you fancy coaching league (coaching courses will be available), give us a shout.

The future is bright for Aber Valley Wolves and the pathway for rugby league in Wales is now much clearer. Once again last year, the club has had good representation in the U12s, U14s and U16s Origin squads, Wales U16s, Wales U16s Development Squad, West Wales Raiders, Wales Students and Wales U19s.

But, whether our players want to strive for international honours, or just want to play for fun, the club and its coaches are very proud of each and every one of them. We’re also delighted that one of our players, Kyle Huish, was selected to attend Wigan Warriors Academy last year and we wish him all the best.

Our plan going forward is to link with a Super League club (any contacts gratefully received), to form a ladies’ team and possibly a men’s open-age team again by 2021. COVID-19 may have temporarily halted the rugby league season, but we can’t wait for it to start, however long or short the season may be. Until then, stay safe everyone. #wolfpack

Behind the Scenes, Community RL, Juniors