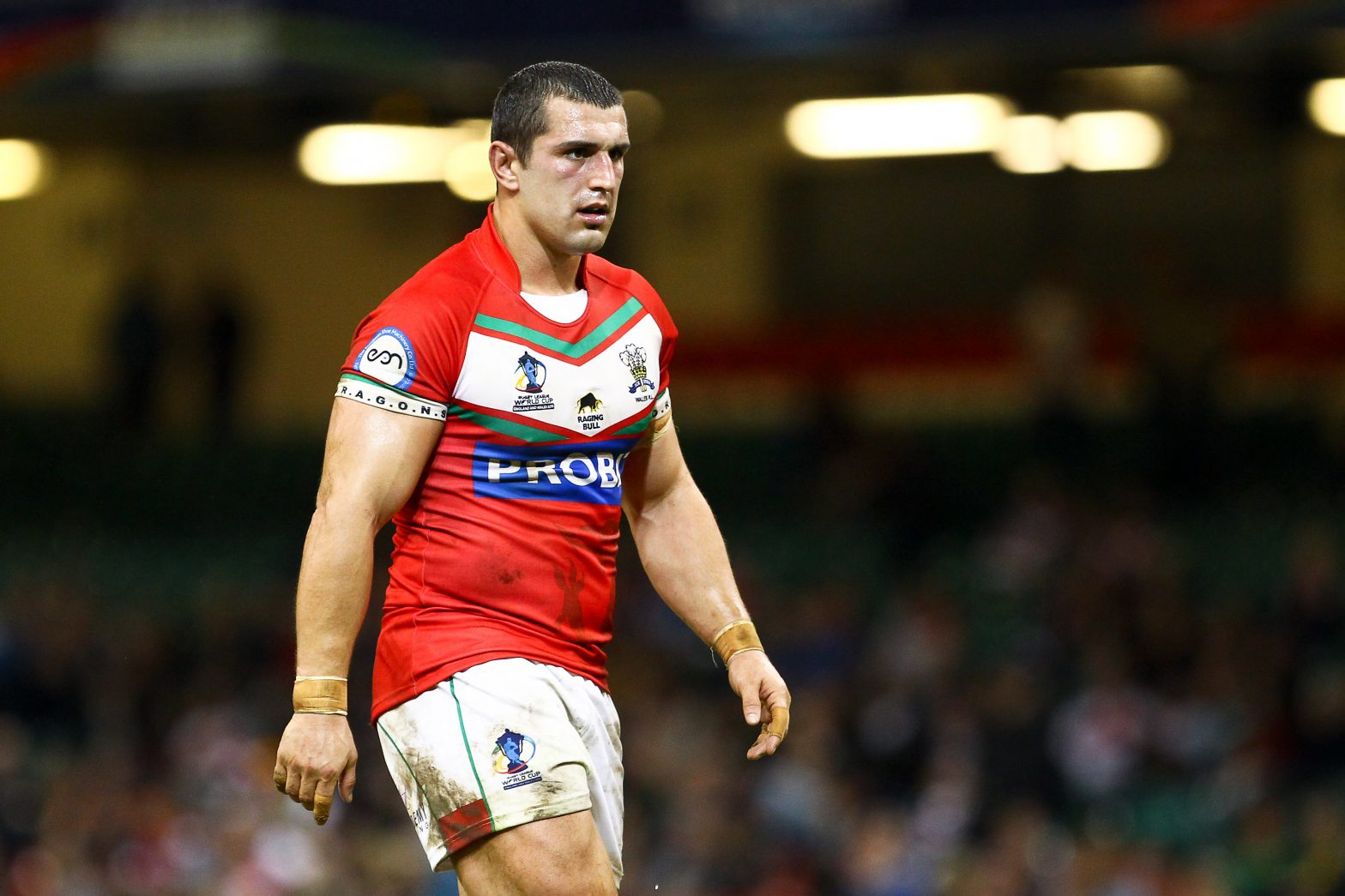 Ben Flower, one of Super League’s most decorated Welshmen, has hung up his boots at the age of 33.

He won 17 full Wales caps and captained the side in 2009 against England and Serbia. He was part of Wales’ 2009 and 2010 European Championship winning sides and also played for Wales in the 2011 Four Nations and 2013 Rugby League World Cup.

A junior international in both rugby codes, Flower played in the academies at both Newport Gwent Dragons and Cardiff Demons. Whilst playing for Welsh Premiership rugby union side Bedwas RFC, he was snapped up by Celtic Crusaders coach John Dixon, who initially developed Ben by playing him in the “Colts” reserve side who he helped win the Conference National title in 2008. He became a regular in the three years that Crusaders played in Super League, making 65 first team appearances. He also went on loan to South Wales Scorpions in 2010, making four appearances, including one in the club’s first ever game, a victory at home to Workington Town. During this time, he coached in the community game and led Blackwood Bulldogs to 2009 Welsh Grand Final victory.

Honours then came to him when he joined Wigan in 2012.  In 2013, he and team-mate Gil Dudson became the first Welsh-born Challenge Cup finalist and winner for 17 years, also playing in that year’s Grand Final win, turning out for Wales in the World Cup later that year. He was also in the Grand Final winning sides in 2016 and 2018, plus a World Club Challenge win in 2017.

Speaking on his personal social media accounts, Flower said: “It’s finally my time to call it a day in rugby league, and to say it’s been a blast is an understatement. For all the injuries and knocks it’s all been worth it.

“As a kid, you never think this day will come when you become a professional, but unfortunately it does.

“Firstly I need to start off by thanking my beautiful family, Laura and my boys for always being there in the tough times an celebrating with me in good times. For most of my career, I’ve been a grumpy git on game day so I’m very sorry for all that. Now that weight is off my shoulders hopefully I can relax a bit more.

“Dad – thank you for taking me up an down the country as a kid which made me get to where I am today. Thank you for everything.

“Secondly, I want to thank the teams – Crusaders Wigan and Leigh, and also all my coaches who have invested there time into me over these last 14 seasons. I’ve been honoured an privilege to have walked away with many trophies with my long spell at Wigan Warriors, which I can’t thank Shaun Wane and all the staff enough for.

“But I think the most thanks needs to go to the lads who I played alongside with for so many years. I can honestly say there’s a few legends in all that and friends for life. Thank you for being by my side on an off the field.

“To all the fans from all the clubs who supported me and the teams over the years and to the ones who stuck by me in my darkest days, I’m very grateful for all this.

“To the all the lads I locked horns with on the field and for making it a battle I hope I gave you that too 👊🏼.

“Lastly a special mention to Wales Rugby League – it was a honour to have played for country and to win the European Championship. To my coaches and player agent Iestyn, thanks for everything you’ve done.

“So this is me signing off as a professional rugby player which makes me so sad, yet so happy to start a new career in whatever that might be.

“Ben had a very successful career at the highest club level, especially with Wigan Warriors, and international level with Wales Rugby League.

“Ben was a popular member of the Wales squad and he is a great example of what can be achieved through the Wales Rugby League pathway programme. I wish him good health, success and enjoyment in the next chapter of his life.”