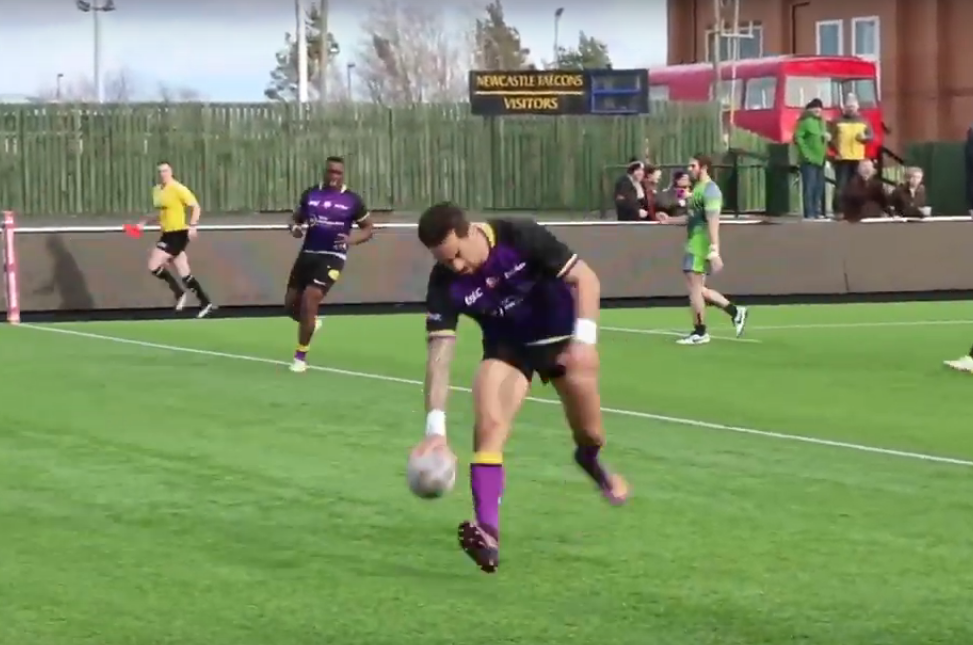 The match started very even with creative attacking pieces being met with solid defensive patterns and it wasn’t until the 15th minute until the deadlock was broken.

Keal Carlile made two sniping runs which saw him dive over the line twice today from close range as well as captain Misi Taulapapa slicing between the Raiders defence giving Newcastle Thunder the early lead.

Raiders demonstrated glimpses of skill throughout the game with winger Dai Evans with the showpiece of the day. Demonstrating his co-ordination, he managed to flick a dipping pass back into his hands while on the run but shortly followed it up with a kick downfield that bounced straight into touch, a play that represented the Raiders day at Kingston Park.

Later tries in the half came from Aaron Ollett and Lewis Young and through the boot of Remy Marginet, Thunder found themselves with a healthy lead going into the half time break.

The second half started very evenly once again as both teams increased the intensity of the game and resulted in both sides struggling to score.

But after 15 minutes of intense battles it was new signing Carne Doyle Manga who crossed over the line. Making his debut today from the bench he made a number of big hits on the Raiders and managed to get himself over the whitewash with a huge crash ball underneath the sticks.

It wasn’t until the final ten minutes where Thunder’s experience settled in as they ran in three tries. Niall Sidney scoring off the back of a well strung set piece play. His fellow winger Mo Agoro also added to his spectacular tally this year as he scored a quick brace to cement Thunder’s name into the round four.