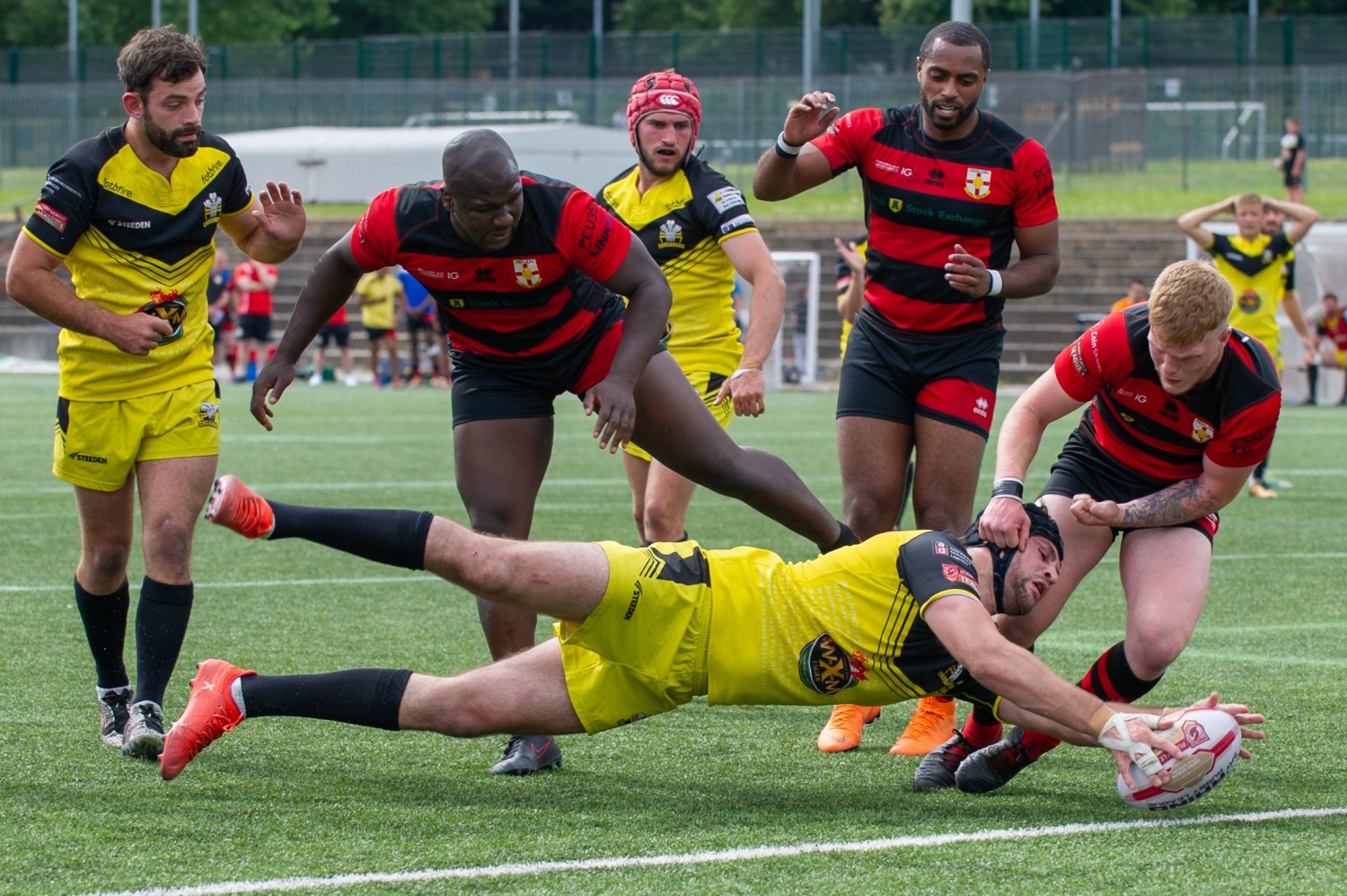 North Wales Crusaders booked their place in the fourth round of the Challenge Cup with a hard-fought victory at London Skolars.

As Crusaders led 24-6 early in the second-half, it looked as though they were heading for an easy progression in the cup.

However, Skolars staged a comeback and trailed by just six points late on.

But North Wales hung on as Steve Roper’s drop goal and a Simon Atherton try wrapped up the win.

Crusaders took the lead as Kenny Baker spotted a gap in London’s line and exploited it, finishing out wide.

The visitors extended their advantage when they broke down the left through Rob Massam, with the winger handing inside for Karl Ashall to cross next to the sticks.

They thought they were over again shortly afterwards, but Earl Hurst’s pass to put Massam in at the corner was called forward.

London then had a spell of sustained pressure on Crusaders’ line, but they stood up well in defence.

However, the pressure did tell eventually as Lamont Bryan barged is way over underneath the sticks from close range.

On the half-time hooter, though, North Wales re-established their 12-point lead when Baker managed to squeeze over out wide.

Crusaders started the second-half well and Roper put Callum Hazzard through the line, with the St Helens loanee rounding the fullback to finish off the move.

However, Eddie Mbaraga pulled one back as he forced his way over out wide, despite the attention of a couple of North Wales defenders.

With less than ten minutes left, it got edgy for the visitors when Iliess Macani scored a breakaway try, bringing Skolars back within six points.

But Roper eased any nerves when he took advantage of North Wales’ good field position to kick a drop goal.

And Atherton wrapped up the win on the full-time hooter, knocking off a couple of attempted tackles on the way to the line.