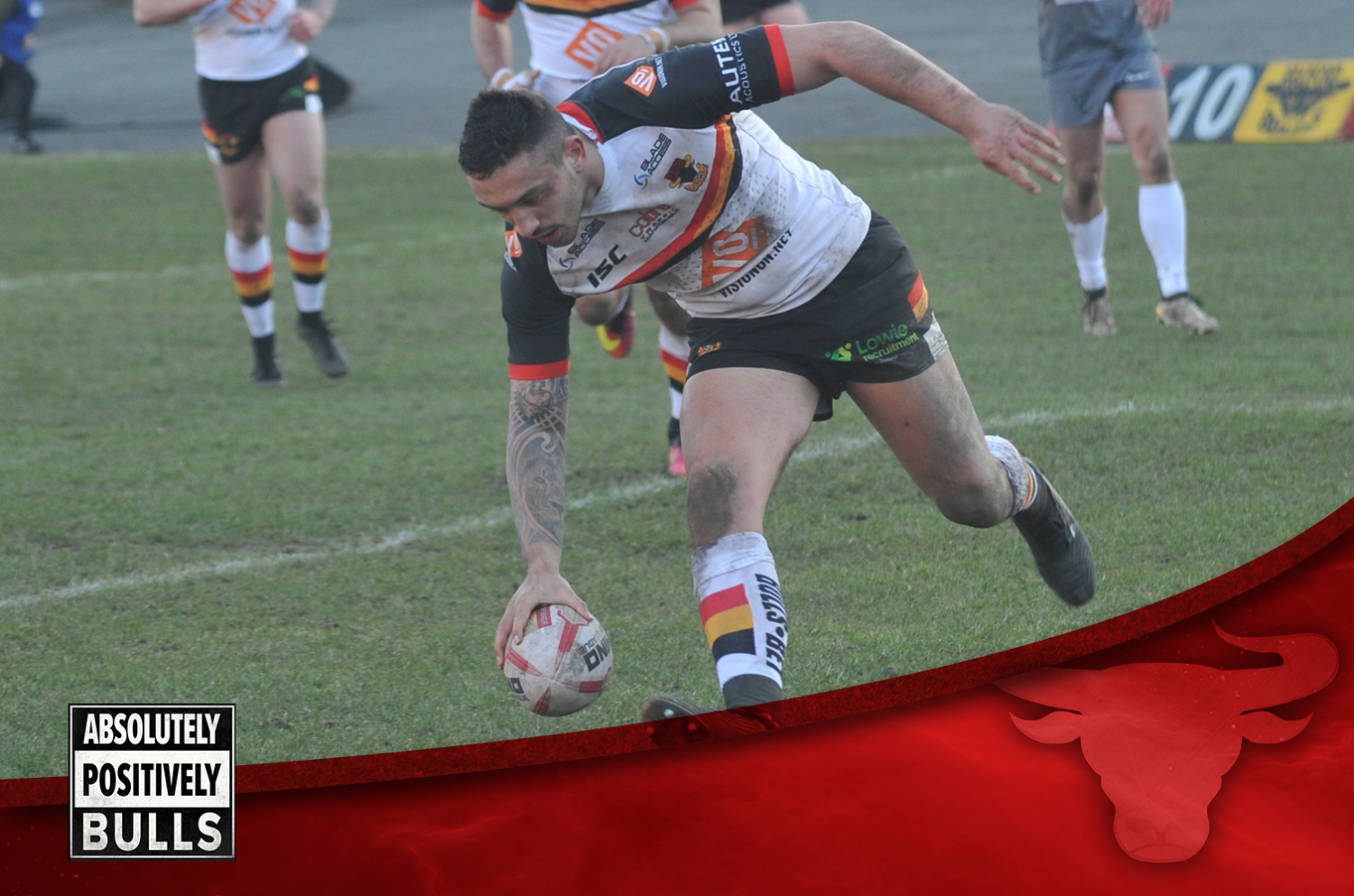 Bradford dominated their fellow League 1 opponents for the full 80 minutes; only a late consolation try, preventing a complete shut out of their opponents.

Liam Johnson opened the scoring in the third minute, breaking through the defensive line before stepping the fullback.

From here in the Bulls continued in the same vein as Steve Crossley and Elliot Minchella both crossed before the ten-minute mark.

Discipline with the ball in hand and resilience in defence was the key to Bradford’s success, giving the Welsh outfit little room to work.

The Bulls continued to push forward and Ethan Ryan crossed for the fourth try. A well taken cross-field kick from Minchella allowed him to dive over in the corner.

Further efforts from McNally and Minchella soon followed; McNally rounding off an impressive afternoon before making way for the returning Dane Chisholm. Taking in a high kick, the full back weaved his way around the defenders and showed a clean pair of heels to take him from his own three metre line to cross wide out in the corner.

Prior to the break, Minchella added the second of his second of five tries by using brute strength to fight his way over the line and send Bradford into the changing rooms with a 38-0 lead.

The second half followed suit as the Bulls continued their charge towards the fourth round of the Ladbrokes Challenge Cup.

Callum Bustin opened the scoring after the break by twisting in the tackle and physically dominating his opponent to touch down.

As Dane Chisholm stepped onto the field to rapturous applause, for the first time in over 300 days, the Aussie halfback took charge immediately.

First, he set up up Ashley Gibson to stroll over in the corner, before breaking the line forty metres out to set Minchella up for another score. Then the influential half bagged a try on his highly anticipated return. Faking the pass out wide, Chisholm gave himself room to waltz over the line and round off a perfect return to the side.

The Raiders got their consolation try from Parry, superbly converted from the touchline by Stroud before Ashley Gibson concluded Bradford’s attacking showcase with a fabulous effort on the right flank. Using silky feet to work his way around his opposing defender and quick pace to charge to the line, the former Super League man touched down once more.