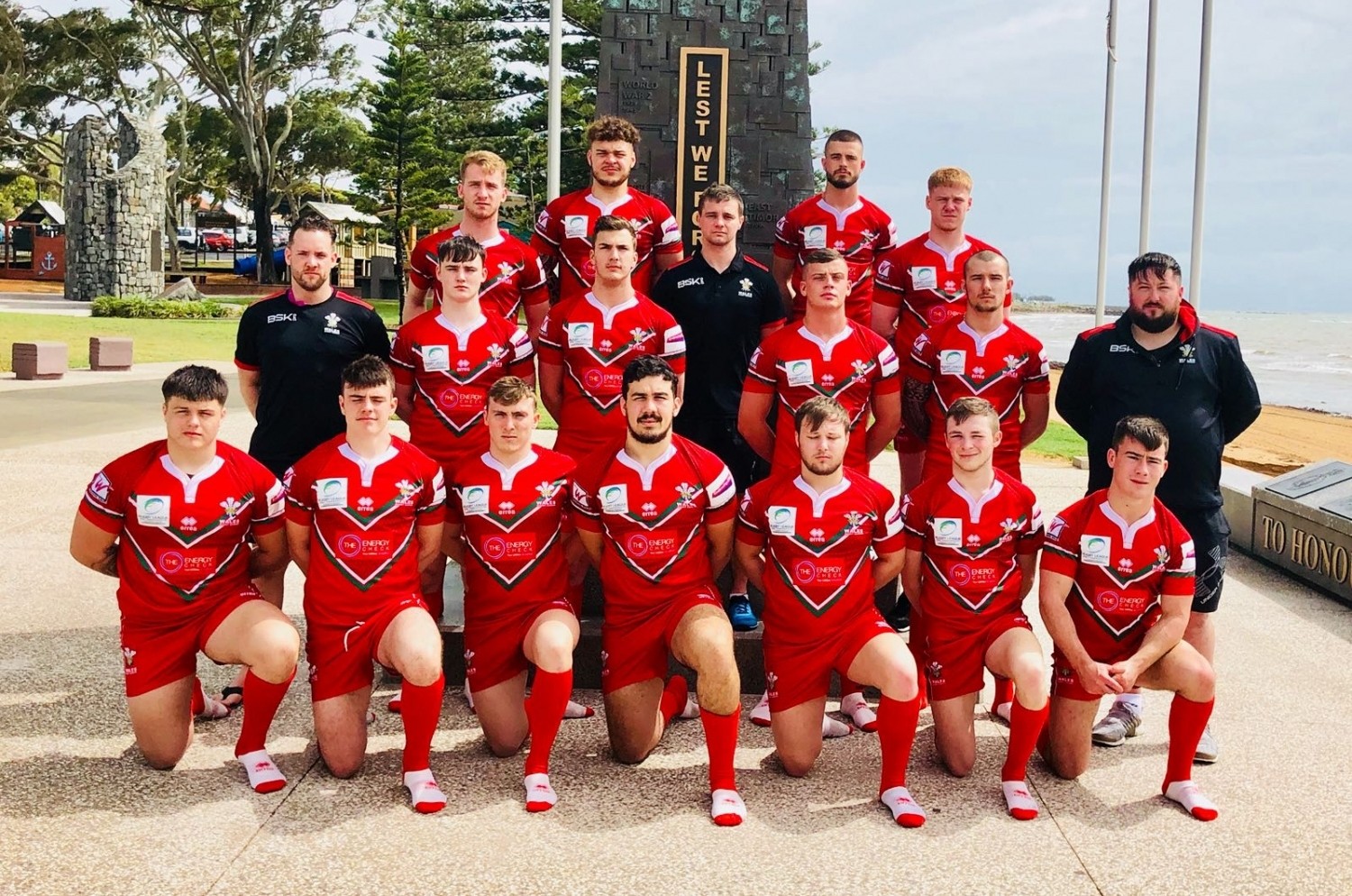 The Wales under 23 side returned from the Commonwealth Championships in Australia this week and here, Wales Rugby League CEO Chris Thair discusses the legacy for the sport.

He said: “Legacy is always a discussion point around any major sporting event and whilst there is no funding or an official legacy programme to the recent Rugby League Commonwealth Championships, the 20 players and staff from Wales who participated in this Nines tournament with distinction, have ensured the sport in Wales and globally has taken another positive step forward.

“There will always be difficulty in getting a new team sport into the main Commonwealth Games due to the cost and logistical implications this would bring to the Games, however rugby league is now one step closer to doing so following the recent conclusion of the successful 2018 Rugby League Commonwealth Championships in Australia.

“If rugby league were to become part of the Commonwealth Games then this would bring huge benefits to the sports development across the globe, raising performance standards and participation rates due to increased investment by Sports Coucils. Especially for nations such as Wales who prioritise particular government and lottery funds to those sports in the games over those who aren’t.

“There are 70 participating nations in the 2018 Commonwealth Games and whilst there is a good fit to first tier rugby league nations such as England, Australia and New Zealand there is also a strong overlap to those nations not at that stage of development such as Canada, Cook Islands, Fiji, India, Jamaica, Kenya, Northern Ireland, Nigeria, Pakistan, PNG, Samoa, Scotland, South Africa, Tonga and Wales.

“Rugby League’s global governing body, the Rugby League International Federation (RLIF), asked the Commonwelath Games Federation over five years ago how the sport could become part of the Commonwealth Games. In their response they offered no guarentees however the Federation said rugby league must become a category 2 sport in order to be considered. It is currently category 3, and this status would be reviewed after the 2022 Commonwealth Games.

“In the meantime the Commonwealth Games Federation asked the RLIF to do commit to two programmes of work. Firstly, continue to establish and develop the sport in Commonwealth nations especially those in the Caribean, Asia and Africa. Secondly and perhaps most importantly, commit to delivering a Commonwealth Championships around the Games themselves. Whilst officially recognised by the Federation, these events would recieve no financial or logistical support from them. This was a test to the sport to see how committed it was.

“Thankfully the RLIF and its member nations such as Wales are committed. So far two fantastic events have been delivered in Glasgow 2014 and Gold Coast 2018, the latter having $150,000 Australian Dollars invested into the event by the RLIF, building upon the first mens competition by adding two new competitions for women and disabled athletes. The hugely entertaining games streamed around the world and involving many partners have been a great success.

“Next up will be Birmingham 2022, after which the Commonwealth Games Federation will let know rugby league know its fate. The answer may be no however there can be doubt the sport had tried to do become part of the games and certainly moved a few steps forward into one day doing so.

“If in 2022 or 2023 rugby league does get announced as being part of the 2026 Commonwealth Games then all the players, staff, families, sponsors and partners who have supported the last two Commonwealth Championships should be immensly proud.

“Outside of the global legacy for the sport, we are also left with a much healthier sport in Wales. I was reminded of this as I met the Wales team and staff at the arrivals lounge in the airport as they arrived back at the airport. Lots of families and partners were there to pick up their loved ones, all of whom reported back they had a great time, much of which I could see when following their social media accounts. Upon seeing her son at the airport one mum burst into tears saying how proud she was of him, it reminded me how powerful and meaningful some of our programmes are.

“Before, during and after these 20 people have been away with Wales U23s, they have been engaging their local communities, social media accounts, work places and friends. Representing Wales on the other side of the world, playing Australia, beating England (all Welshmen love this) and doing something remarkable. This opportunity, the positive experience they’ve had means the sports reputation is improved with many more people and is much better for it. New people that our news stories or WRL social medial account don’t ordinarily reach.

“Whilst nearly all the players were from South Wales, we purposely took staff from key consituents within the sport – North Wales, South Wales and a Super League club – engaging, developing and influencing these for the betterment of rugby league in Wales.

“Those involved in the trip have developed as people and players. Retention rates are improved not only with these people but for those they inspire when they go back to their rugby league clubs. Involvement in prestigies events and teams makes it easier to engage those touched in future opportunities. Be that becoming a new player, official, administrator, coach or sponsor, it will enable the game to grow in Wales.

“Thank you to Energy Check our main sponsor for the Wales U23s team, who you should visit www.theenergycheck.co.uk to reduce your energy bills, to everyone who has supported the team and especially to the following 20 people who led by the outstanding Head Coach Shane Eccles represented Wales U23s with distinction and honour: