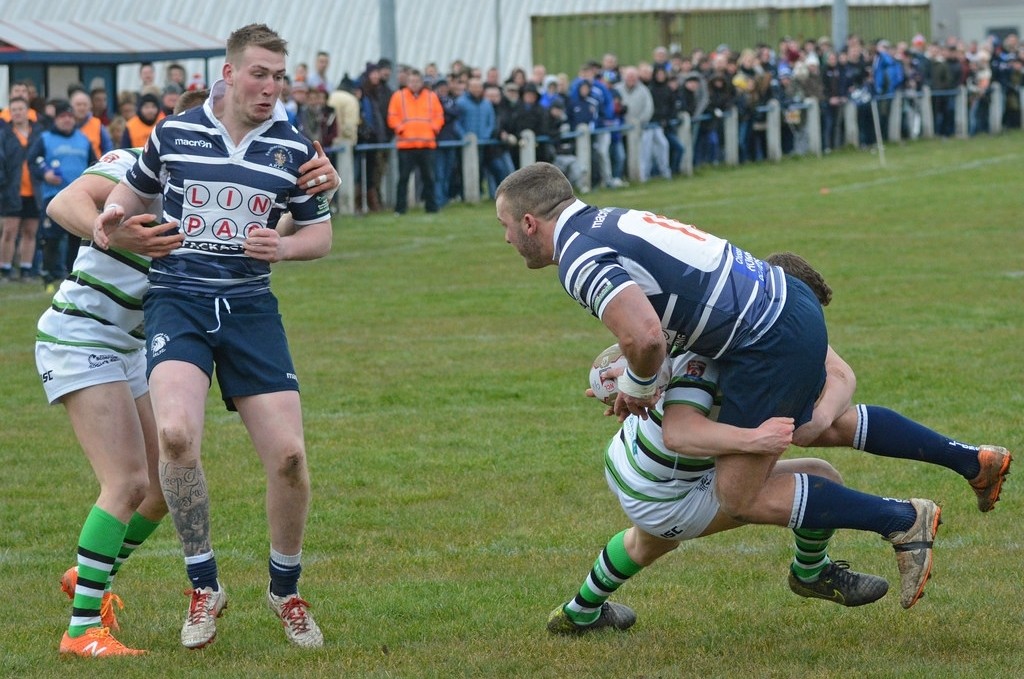 South Wales Scorpions were one of many clubs who lost to lower division sides in the Third Round of the Ladbrokes Challenge Cup on Saturday.

In a day full of shocks where the home team won on each occasion, Kells from Cumbria beat Hemel Stags 12-6, Pilkington Recs from Cheshire beat London Skolars 13-0, Siddal from Yorkshire hammered Newcastle Thunder 30-4 and the Scorpions went down 37-20 to Featherstone Lions in Yorkshire.

History was also in favour of the home sides. The ties took place 107 years to the day since the Challenge Cup’s officially recognised first shock result when the professionals from Ebbw Vale travelled to face amateurs Beverley, from Hull, another of League’s traditional areas, and were beaten.

Featherstone were deserved winners against the Scorpions. They missed an early penalty but took advantage of their next opportunity three minutes later when, following a penalty, John Hardcastle wrestled his way over for a well-taken try which Jackson converted.

Keiran Redfearn scored their second from another penalty, this time unconverted making it 10-0.

Scorpions’ Chris Davies was sinbinned and Lions took advantage when Rhys Dyas scored in the corner and Jackson converted.

Scorpions looked to fight back and got near to the line after a penalty but pressure forced a drop ball. They also forced a goal-line drop-out keeping up the pressure on their hosts.

It eventually counted. A trademark Dai Evans try in the corner gave them hope but Paul Emanuelli missed the kick leaving them still two tries short.

However the hosts went in 22-4 to the good after Joe Fox scored and Jackson converted on 33 minutes.

But Fox wasn’t on the field for much longer as he was sinbinned in a strange incident after he reacted to a high tackle, but Lions were given the penalty which Jackson kicked wide.

Lions started the second half well. After Scorpions didn’t well to keep out an attack, Dyas intercepted well to score an unconverted try.

Scorpions fought back. Chris Vitalini waltzed through a gap in the Lions defence and Emanuelli goaled, before a brilliant try from Evans catching the ball in mid- air and twisting round the defence to score. 26-14 on 52 minutes and the Welsh were back in it.

But Lions sealed things 10 minutes later after the Scorpions conceded two penalties and Dyas went over in the corner for an unconverted try.

Lions’ Dean Gamble added another which Jackson improved but there was still time for a Scorpions consolation after Rhys Davies picked up a loose ball to score with Emanuelli kicking the extras.

Gamble had the final say kicking a short range drop-goal with just a handful of minutes remaining.