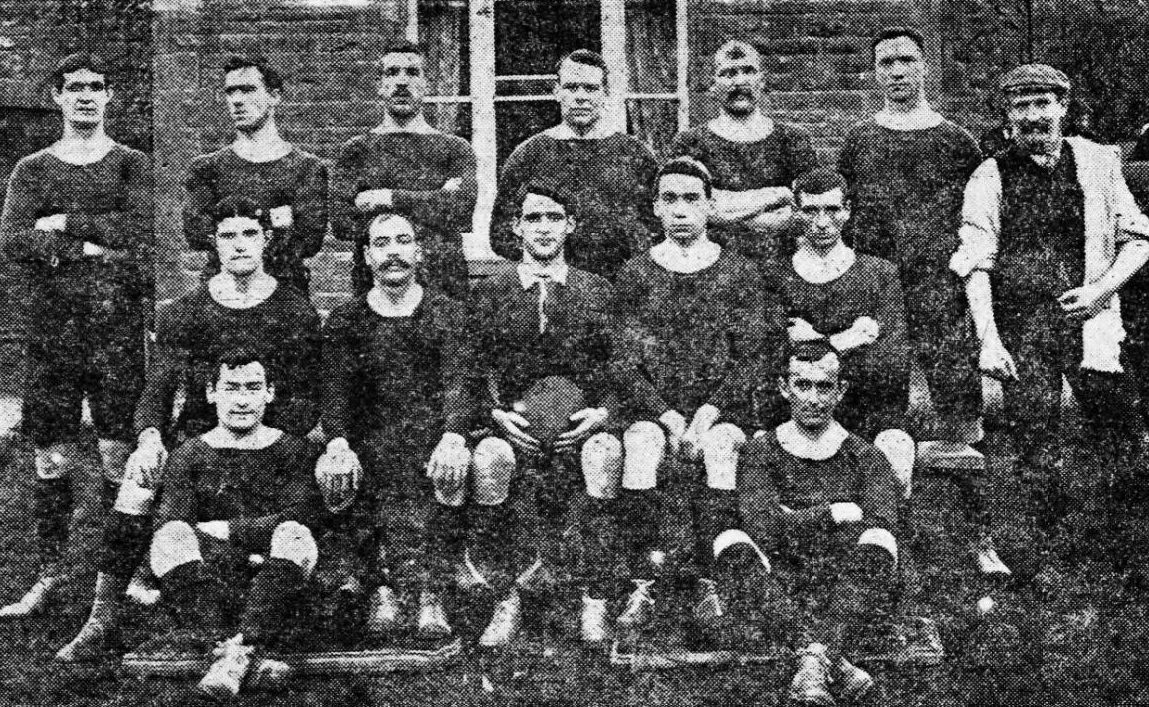 The first Northern Union game ever played in Wales was that which was decided at Merthyr to-day, the opposing teams being the newly-formed side at Merthyr and the much better known Oldham team. There is no need to again deal with the inception of the Welsh professional team, except to say that they share with Ebbw Yale the distinction of being one of the two professional Rugby teams in the Principality.

Some weeks ago, when the names of the men signed on were made public, it was conceded that an excellent start had been made so far as this department was concerned. Amongst them were men who bad played last year as amateurs, but there were others who, seasons ago, embraced professionalism by going North. Some of these are by this time almost gone beyond football, but the promoters of the new venture are confident that they will find no difficulty in getting plenty of players.

The Northern Union, when application was made to them, had promised that they would do their best to make the first fixture an attractive one. Oldham, it need hardly be said, is one of the most famous of N.U. teams, and is perhaps best known at Swansea by reason of the fact that it has been worked for years by Mr. W. McCutcbeon, who one time was one of the best of the Swansea three-quarters. Their visit created considerable interest, but it was felt that, the future of the Merthyr Club largely depended upon the show made by them against Oldham. They were hardly expected to win, but the officials were hopeful that the team would put up a good fight.

The weather art Merthyr was of a curious kind, sun and rain making a struggle for pre-eminence. The ground, which is situated next to the one used by the amateur club was not a bad one, taken generally, but wants draining, whilst it is lumpy and against fast play, the heavy rain of the week being responsible for this. Tommy Paddison, the ex-Swansea player, captained the home team, but it was not a particularly well-known one. The becks were: Reed, Paddison, “Ponty” Thomas and Deere. Oldham’s side included Dixon, Tyson, Llewellyn, Beynon and Ferguson. The teams were, of course, 13 aside. The referee was Mr. A. Farar, Keighley. Merthyr played in white jerseys, with designs on the left breast whilst their opponents were in red and white.

Oldham was much the bigger lot of men and they went off with a great rush as soon as the whistle went. The homesters were clearly handicapped through not knowing the rules sufficiently well, and whilst they for the most part went in for the typical Welsh game of trying to get the leather out to the backs, Oldham were content so long as the whole side could mix up in the wild rushes. Merthyr were called upon to show rushes. Merthyr were called upon to show plenty of defence, but a series of misses at last allowed the Northerners to put on a score. Wilkinson falling on the ball in fine fashion. The kick failed. Once Oldham got fairly into their stride Merthyr were given an anxious time. A clever tackle by Paddison preceded Oldham’s second try, which was scored by Llewellyn, no goal resulting. Then in another minute Beynon dodged over with the third try, the kick again failing. Merthyr were being clearly outclassed in a game which was as far removed from football, as known by Welshmen, as anything could well be. The visitors were the first to appreciate the ignorance of their opponents, and as the game progressed they continually shouted instructions. So far it had boon football of the worst kind – certainly not the sort, which Welshmen will like. It was nothing but a succession of scrimmages and rushes. There was no clean back play and no pretty combined movements. Oldham took matters much easier when they found the sort of opposition they had to contend with. Paddison was doing most of the work for the homesters. Just before half-time Thomas dropped a pretty goal for Oldham.

In the second half the game was much more even, Merthyr playing with a little more spirit and Oldham still taking things easy. Merthyr, however, was still bottom dog, and by means of rushes managed to score two tries, these being secured by Bevan and D. B. Davies. Oldham added three more by Llewellyn, White, and Maclean and one of these was converted. 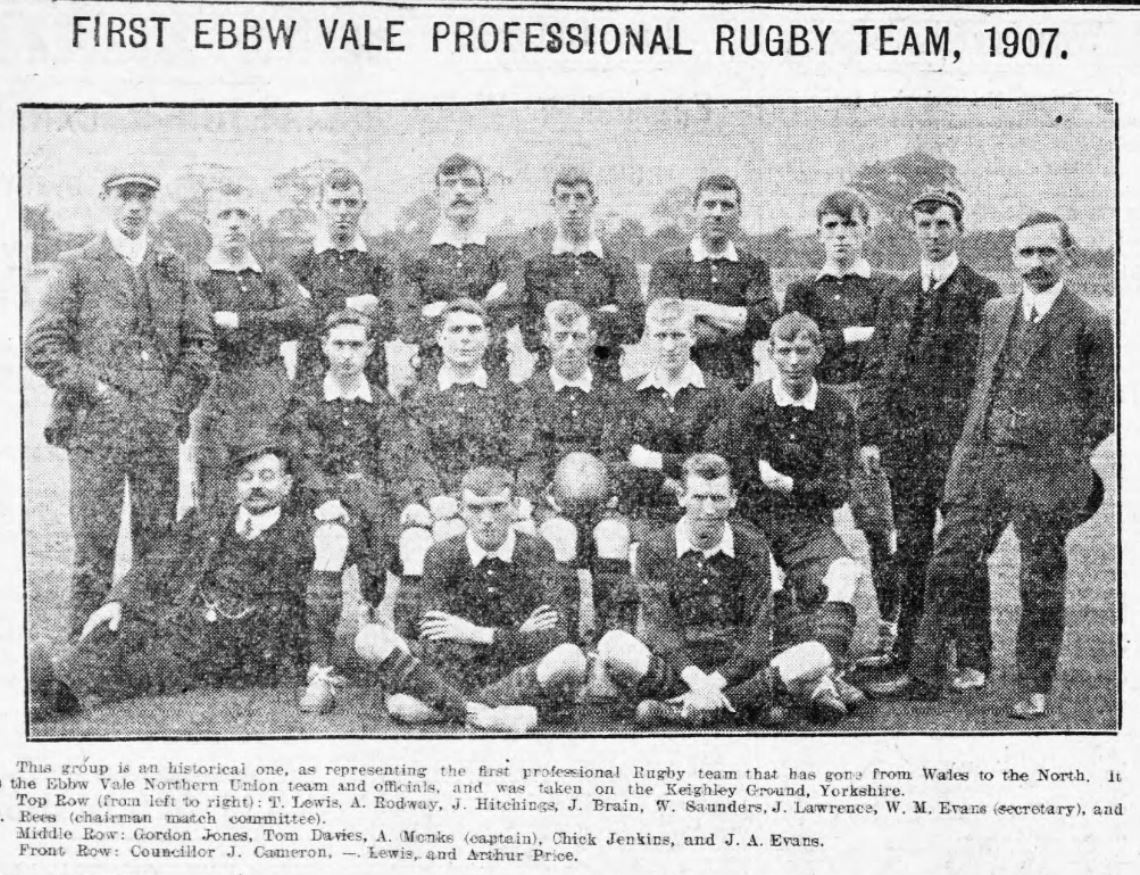 Also on the same day, Ebbw Vale travelled to Keighley losing 26-3 in front of around 4,000 spectators. The Ebbw Vale side travelled up to Yorkshire on a gruelling 12-hour overnight train journey, arriving in the town at about 10.30am, choosing to have a “lie-down” in the club’s HQ for a couple of hours before preparing for the game. J.A. Evans was the only try scorer for Ebbw Vale, who were 12-3 down at the break.