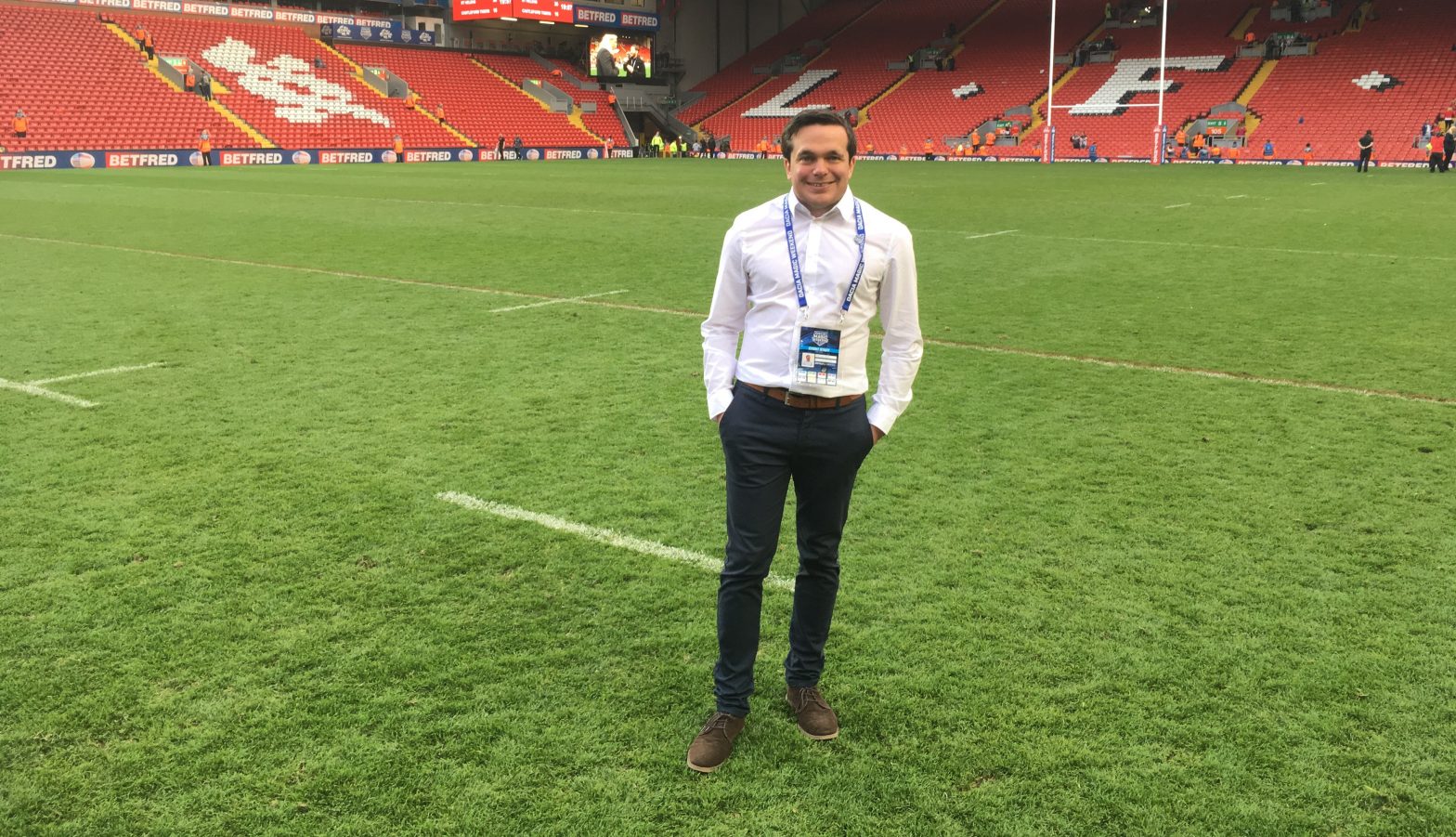 Wales Rugby League are delighted to have secured the services of experienced Super League media manager Andy Morgan as their new media manager for the Wales men’s international side.

Born in Neath, with his family originating from nearby Aberavon, the 35-year old has spent the last 15 years in Yorkshire where he moved to study sports journalism at Leeds Trinity University. In 2009, in the final year of his degree, he combined his studies with the role of Media Manager at Wakefield Trinity, where current Wales men’s head coach John Kear was at the helm at the time.

Two years as the Media Executive for Hull Kingston Rovers followed, before returning to Wakefield for three seasons. In 2013, in addition to his Wakefield duties, he was appointed Venue Media Manager for that year’s Rugby League World Cup.

In October 2014, he left Wakefield for his current role at Yorkshire Sport Foundation, initially as Communication Officer and then promotion to Media Manager in 2019. He will continue in this job in addition to his new role at Wales Rugby League.

Andy is used to dual roles. From 2014-19, he was the broadcast liaison for Sky Sports News at Super League’s Magic Weekend, working alongside Jenna Brooks for a stream of pitchside interviews over each of the two days in Manchester, Newcastle and Liverpool. In addition, he was a Press Operations Supervisor at rugby union’s World Cup in 2015 and had a range of responsibilities at the 2019 Cricket World Cup.

He says: “I’m delighted to be given the opportunity to be part of Wales Rugby League, particularly starting the role in a World Cup year.

“Some of my earliest sporting memories are of watching the Challenge Cup on TV at my nan and grampa’s house in Aberavon, which is also where I’m sure we were for the iconic Jonathan Davies try for Great Britain against Australia at Wembley.

“I’ve been fortunate to work and volunteer at international sporting events in the past, alongside some other great experiences in rugby league. To be able to bring all of that together with the personal passion I have for my country is really exciting, and something I’m very proud to do.”

John Kear says: “Appointing Andy into this role was an absolute no-brainer. I remember working with him at Wakefield when he started out 13 years ago and he was excellent. I look forward to working with him again as we prepare for this year’s World Cup.”

Wales Rugby League are continuing to expand its media team, as the organisation continues to grow, and will be announcing a number of other new appointments soon.

Morgan can be contacted on andy.morgan@walesrugbyleague.co.uk