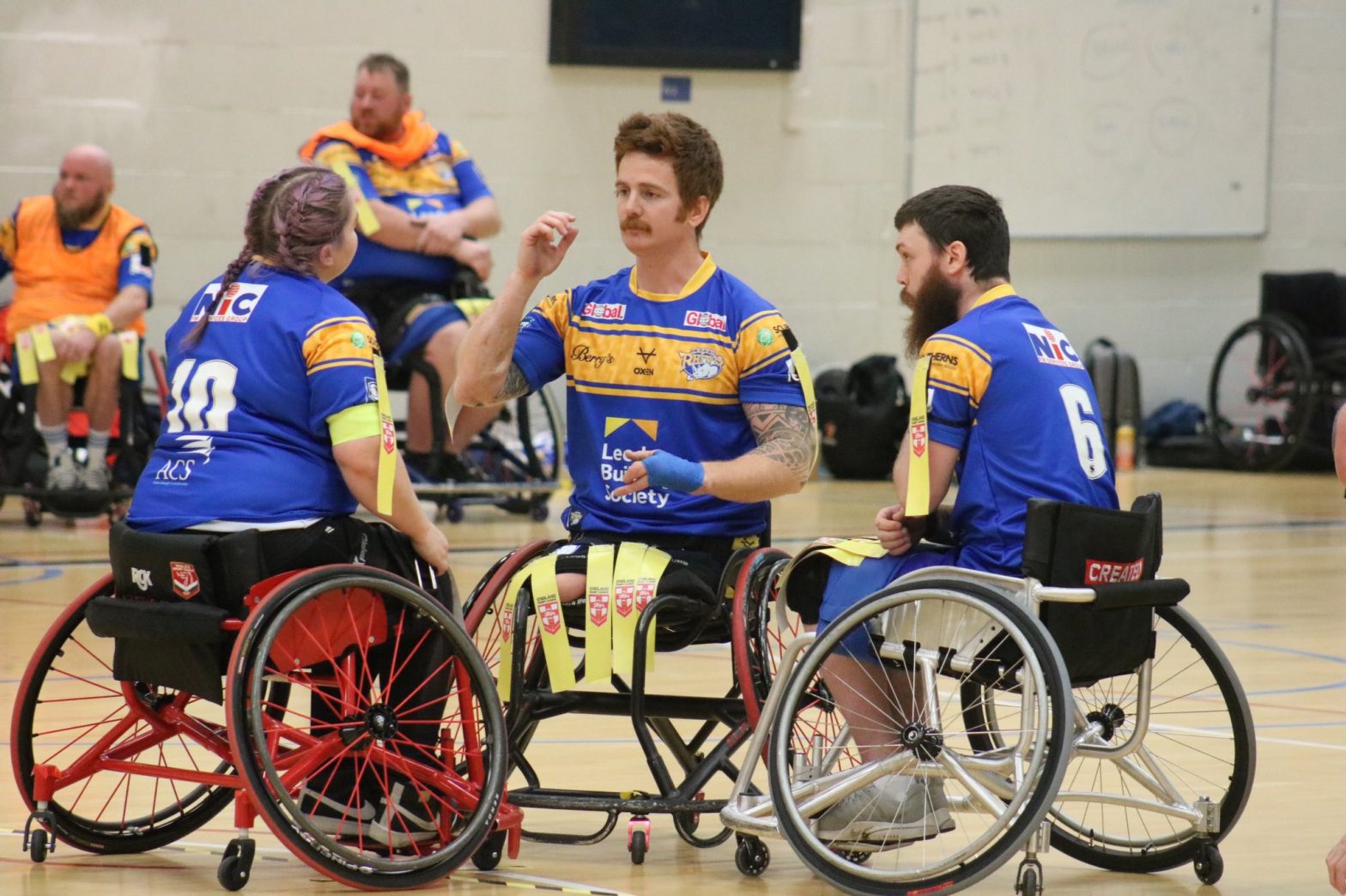 Jodie Boyd-Ward was one of Wales’ star players of the week last weekend as she went over for five tries, despite still recovering from bruised ribs and hand from the week before, in Leeds Rhinos’ 114-24 win over Hull FC in the Wheelchair Super League. Martin Lane was also outstanding scoring six tries for North Wales Crusaders, but they went down 92-54 to Wigan Warriors at Deeside. Stuart Williams was once more a stand out for the Welshmen with one of their nine tries, Scott Trigg-Turner finishing with a try and nine goals (Irish international Peter Johnston was their other try scorer) and Mason Baker also played. Mark Williams scored a hat-trick of tries for Wigan against his old club.

In the men’s Super League, two tries from Rhys Williams weren’t enough for Salford Red Devils as they went down 30-24 to Wakefield Trinity Wildcats. Lewis Dodd was a try scorer for St Helens as they whitewashed Leeds Rhinos 26-0. Gil Dudson turned out for Catalans Dragons in their 28-12 defeat at Huddersfield Giants.

In the Championship, Leigh Centurions hammered Dewsbury Rams 44-0 where Caleb Aekins scored a try and Luis Roberts appeared from the bench. Craig Kopczak was also a sub for Featherstone Rovers as they beat Sheffield Eagles 44-18. There were Welshmen on each side in the London Broncos v Bradford Bulls contest. Dalton Grant and uncapped qualified  Jude Ferreira were in action for London whilst Elliot Kear, Chester Butler and Ben Evans lined up for Bradford as they won 8-6. Connor Holliday kicked four goals for Whitehaven, with Will Evans also appearing, in their 46-24 defeat at Halifax Panthers. Tom Hopkins played for Barrow Raiders in their 30-18 loss to Batley Bulldogs. Finally, Matty Fozard was in action for Widnes Vikings in their 12-6 Monday night live TV defeat at Newcastle Thunder.

👊 Great to see @robmassampt back in a #NWCrusaders shirt last weekend!

Cornwall kicked off their first ever League 1 campaign last Saturday evening as they lost 62-22 to North Wales Crusaders. Jake Lloyd was in action for the away side, and Rob Massam scored two tries for the Crusaders. Earlier in the day, West Wales Raiders gave Rochdale Hornets a scare before the away side ran out 52-12 victors in Llanelli. Try of the match was from Rochdale’s Cobi Green with Rhys Davies and Gavin Bennion also starring. Just a day after his 37th birthday, former Wales Dragonheart Alan Pope scored for West Wales (outrunning Rangi Chase) with Sam Pridgeon, Joe Burke, Dafydd Phillips, Lloyd Allen, Craig Lewis, Ewan Badham, Ieuan Badham and Ben Jones also turning out for Raiders. Mike Butt scored a try for Swinton Lions as they beat Midlands Hurricanes 54-16. Rhodri Lloyd was also on the Swinton side whilst Sam Bowring was in the Midlands line-up. Finally for this division, Calvin Wellington was in the Oldham side as they drew 22-all with Hunslet.

In the NRL, Tyson Frizell and Bradman Best were in action for Newcastle Knights as they lost 18-0 at Cronulla Sharks. Josh Ralph played for Mounties in their 28-18 loss to Canterbury Bulldogs Reserves in the NSW Cup. In the Ron Massey Cup, Daniel Brown played for St Marys in their 36-15 win at Blacktown Workers Sea Eagles. And further north, James Olds was also in action as his Valleys Diehards side lost 14-4 at Wests Panthers in the Brisbane League.

In the final round of the group stages of the Women’s Challenge Cup, Jess McAuley was in action for The Army as they lost 38-0 at Barrow Raiders, whilst Keira McCosh played for Warrington Wolves in their 54-0 defeat to St Helens.

Finally, we’ll cross codes for a special mention to Wales dual-code international Ffion Lewis who scored the winning try for Wales RU as they beat Scotland in the Six Nations in Cardiff.