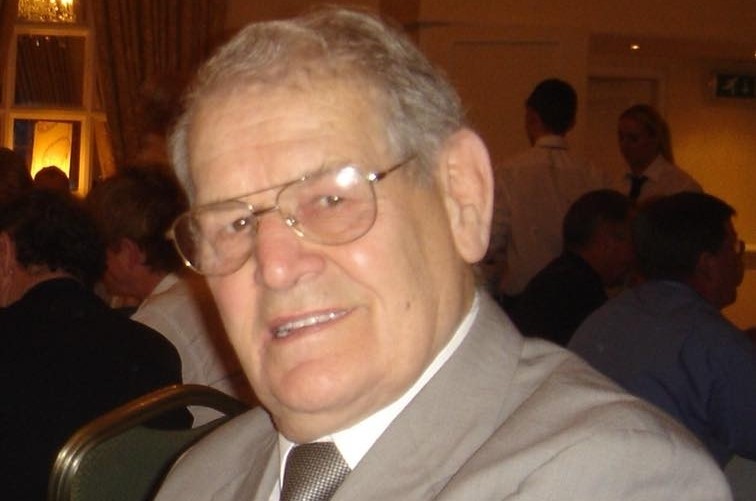 Pearce coached Wales throughout 1975, a record breaking year for the country where we played 10 international matches, two in the European Championship and then eight in the World Cup.

Four of those games were wins for Wales. Under his coaching and Dai Watkins’ captaincy, we beat France in both competitions but it was the World Cup wins over England and New Zealand under his coaching that were most memorable to Welsh fans of the day.

On June 10th 1975, Wales beat England 12-7 in the match that eventually became known as “The Battle of Brisbane”, then later in the year, Wales beat New Zealand 25-24 in Swansea, which is the last time that Wales have beaten New Zealand in either rugby code.

Pearce was born on October 13 1923 in Swansea and played for his hometown club, Swansea RFC, before turning professional in 1949, signing for Halifax and spending nearly 10 years there as a player during their boom period where they were Championship runners-up three times, Yorkshire Cup winners twice, Yorkshire League winners four times and unbeaten at home between December 1952 and November 1956.

He eventually turned to coaching, initially with Dewsbury and then with Halifax, leading his old club to a League Cup Final win in January 1972.

Joining Leigh as head coach, he immediately coached them to a BBC2 Floodlit Trophy Final win in December 1972. Remarkably he once named himself as a substitute for Leigh in 1974 when he was 50 years old, but didn’t need to enter the field. He returned to coach Halifax again following the 1975 World Cup.

Former Wales international Jim Mills won seven of his 17 caps under Pearce. They were close friends right up until his death and Mills made the following statement online.

He said: “So saddened that my great friend Les Pearce has died at 94. I first met Les in the Old Cock Pub in Halifax in 1964 where he was with his great friend John Thorley. Little did I know that one day we would become lifelong friends.

“Les came to Halifax from Swansea RU and was a very tough player in his day. He also coached Halifax.

“He was also the coach to the Welsh World Cup Team in 1975 in Australia and NZ and then the return games at home. We had great success under Les’s guidance beating England, New Zealand and France along the way.

“We all became very close on that tour and Les was loved by all the Welsh boys. We have had many reunions ever since and Les was always there right up to last year when he’s not been in the best of health.

“I know the boys will be very upset with the news he has left us, but I know one thing he will never be forgotten.

“Les’s lovely wife Betty left us about 12 years ago so they’re together again. Our deepest sympathy to his daughter Barbara, Chris and all his lovely family.”

Everyone at Wales Rugby League extends their condolences, love and sympathies to all of his family and friends.