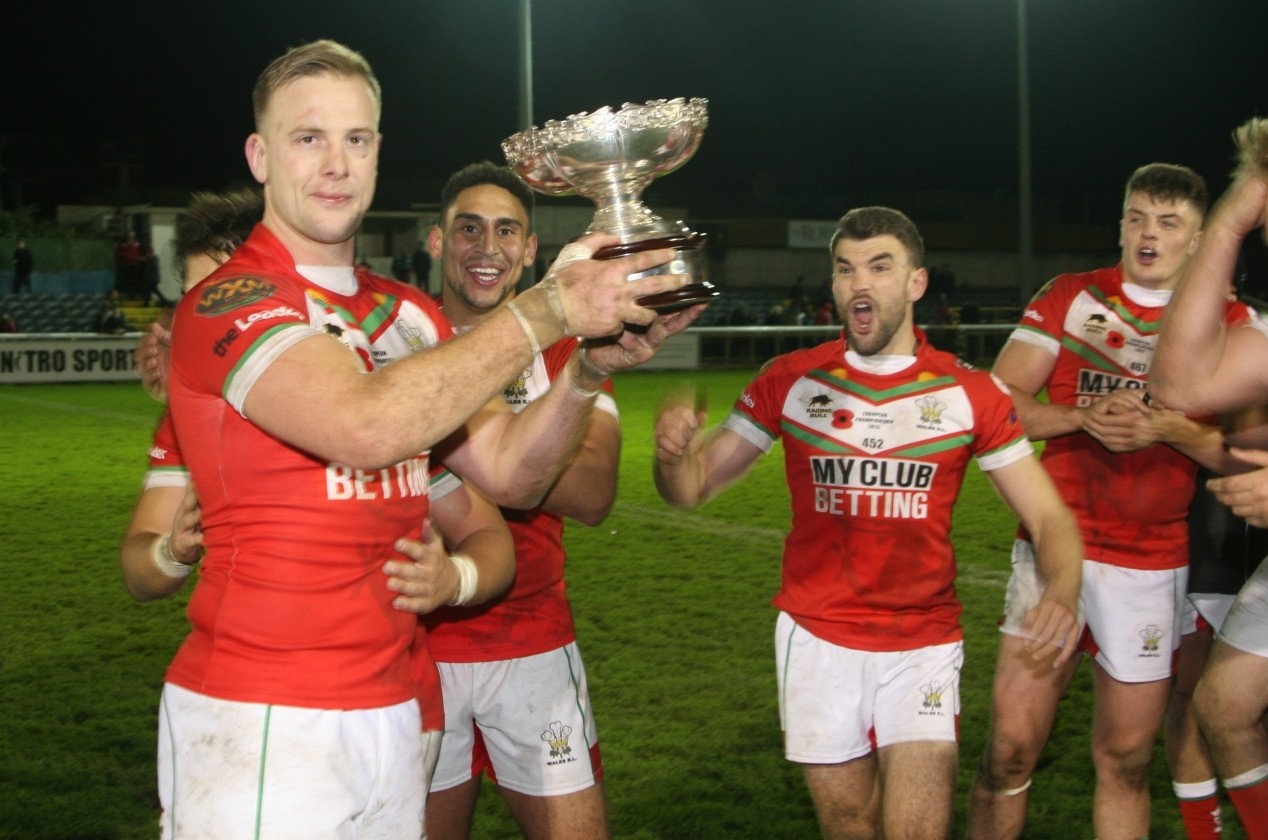 The current skipper of Salford Red Devils, the 31-year old has also turned out for Bradford Bulls, Halifax and Huddersfield Giants in this, his 13th season in the professional game.

Wales heritage #442, he made his debut on October 28th 2007 in Wales’ 50-10 friendly win over Papua New Guinea. He won the last of his 22 caps just over 10 years later in last year’s World Cup. He scored his only international try against England in 2009.  He is in eighth place in the list for most caps for Wales.

He was appointed Wales captain in 2012 and became the national side’s 44th skipper.   He led Wales 13 times, joint second in the country’s history, the same number of times as David Watkins and Lee Briers, and just five behind Jim Sullivan’s 18 games as captain.

Wales’ player of the tournament during the 2011 Four Nations and captain during the 2013 and 2017 Rugby League World Cups, his greatest success as skipper was when he led Wales to beating France, Scotland and Ireland to win the 2015 European Championships.

But Kopczak was more than a captain on the field for Wales, his responsibilities went far further than that. His final contribution as Wales captain came in February this year when the Wales under 23 side needed a boost for day two of the Commonwealth Championships in Australia. He took time out to send a video message over to Australia wishing them luck, such was his commitment to the cause at every level for Wales Rugby League.

Kopczak said: “I have had the honour of representing Wales Rugby League on 22 occasions over the last 10 years and captaining the side for 13 games, and each and every game has been an absolute privilege.

“My highlight was captaining Wales in both the 2013 and 2017 World Cups. This was more than I ever imagined possible after making my debut in 2007 and these memories will stay with me forever.

“Unfortunately the time has come where I am to retire from international Rugby League and concentrate on my club rugby with Salford, allowing the new generation of Wales youngsters to take the mantle into the 2021 World Cup.

“I would like to personally thank all the coaches and players who I have worked with over the years and we will always remain friends. Mostly I’d like to thank my family who have supported me when Wales and international Rugby League has taken my downtime away at the end of every Super League season. This is never easy but never have they complained.

“I will always hold Wales Rugby League in my heart and hopefully have an involvement in the future in some capacity.”

“His achievements are well documented, his contribution to the cause can’t be faulted. We had a disappointing World Cup campaign last time around, which I’m sure isn’t how he wanted to go out, but he’s put in lots of hard work in over the numerous years.

“Craig will be missed as he led well on and off the field. There will be a get together of possible squad members in August and after that meeting, we’ll speak to some senior squad members to decide on a new captain, but right now, it’s respectful for Craig to thank him personally as coach and from Wales Rugby League as an organisation for his fantastic contribution over the last 11 years.”