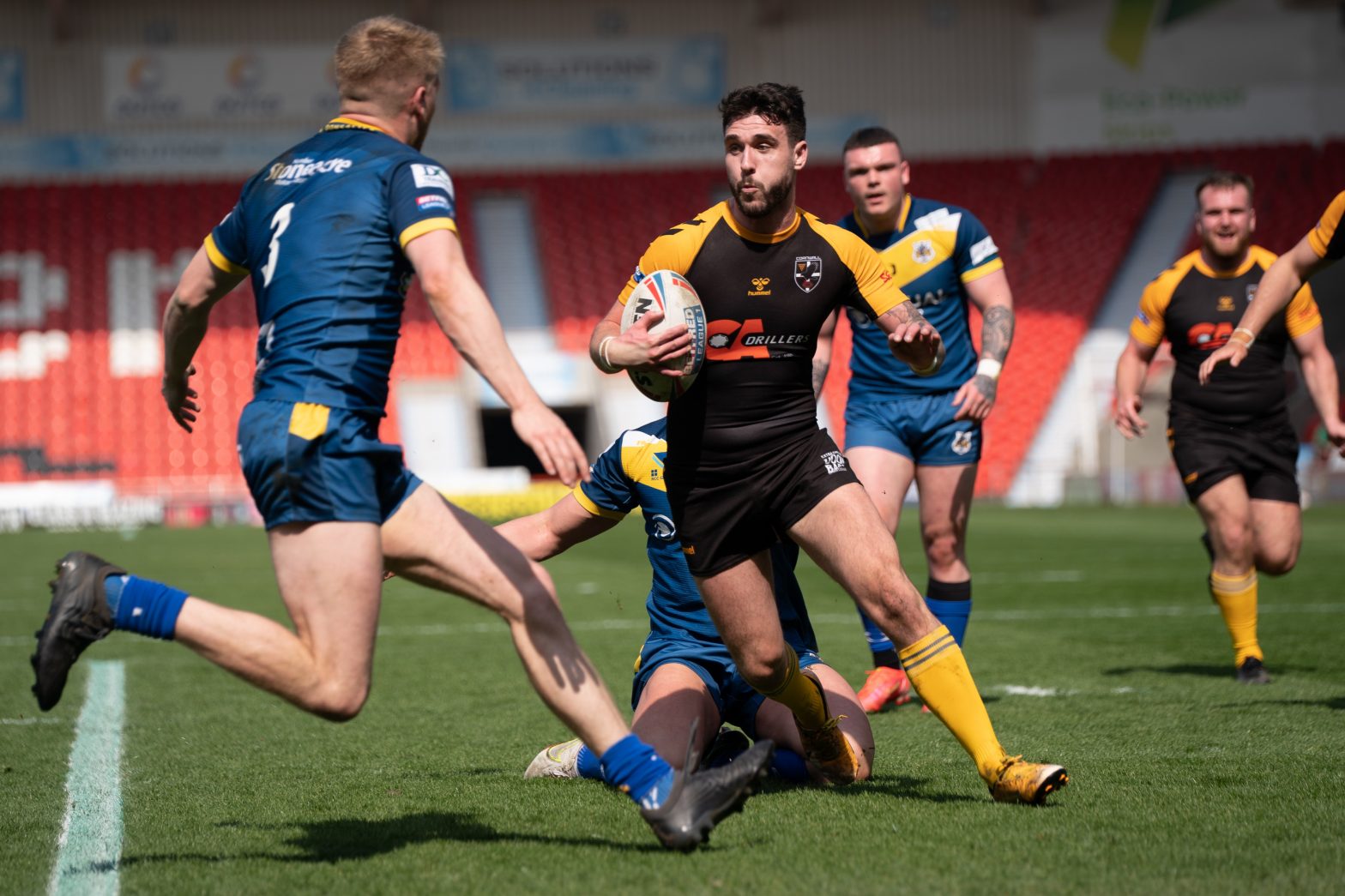 With no women’s or Wheelchair matches on Easter Weekend, the focus was completely on the men’s game for the Welsh internationals or Rugby League World Cup hopefuls. Alex Paynter, our Heritage and Eligability Manager, has done his usual research on these players.

The result of the weekend for Wales was North Wales Crusaders beating Swinton Lions 13-6 away from home in League 1. Rob Massam was cited as Player of the Match for Crusaders in League Express. Mike Butt was on the opposite wing for Swinton, with Rhodri Lloyd on their scoresheet. Also in League 1, Gavin Bennion helped 12-man Rochdale Hornets to a 34-18 win over Oldham, whilst Jake Lloyd scored his debut League 1 try for Cornwall in their 52-16 defeat at Doncaster.

Most of the Welsh action was again in the Championship with five of the Easter matches featuring our players. Craig Kopczak’s Featherstone Rovers continued their Super League charge with a 58-6 win over Tom Hopkins’ Barrow Raiders. Their main rivals for promotion, Leigh Centurions, also had a dominent win, 36-6 at Widnes Vikings. Caleb Aekins and Luis Roberts were in action for Leigh with Matty Fozard turning out for Widnes. Bradford Bulls went down 20-17 at home to Halifax Panthers with Elliot Kear, Chester Butler and Ben Evans all playing for the hosts. In the Cumbrian derby, Will Evans scored a try and Connor Holliday kicked a goal for Whitehaven as they beat Workington Town 22-14. Welsh-qualified David Weetman came off the bench for Town. Finally, Dalton Grant was in action for London Broncos in their 30-10 loss at Sheffield Eagles.

At the highest level, Welsh-qualified Harry Smith kicked nine out of nine goals in Wigan Warriors’ 54-10 victory over Wakefield Trinity Wildcats. Rhys Williams was also in action for Salford Red Devils on Easter Monday as they lost 36-10 at home to Catalans Dragons. In the NRL, Tyson Frizell and Bradman Best both played for Newcastle Knights in their 21-16 defeat at St George Illawarra Dragons.

Elsewhere overseas, Daniel Brown helped St Mary’s to a 30-22 win over Ryde Eastwood Hawks in the Ron Massey Cup in NSW, Australia, whilst in France, Curtis Davies was in action for Villeneuve as they went down 44-0 at leaders Limoux.