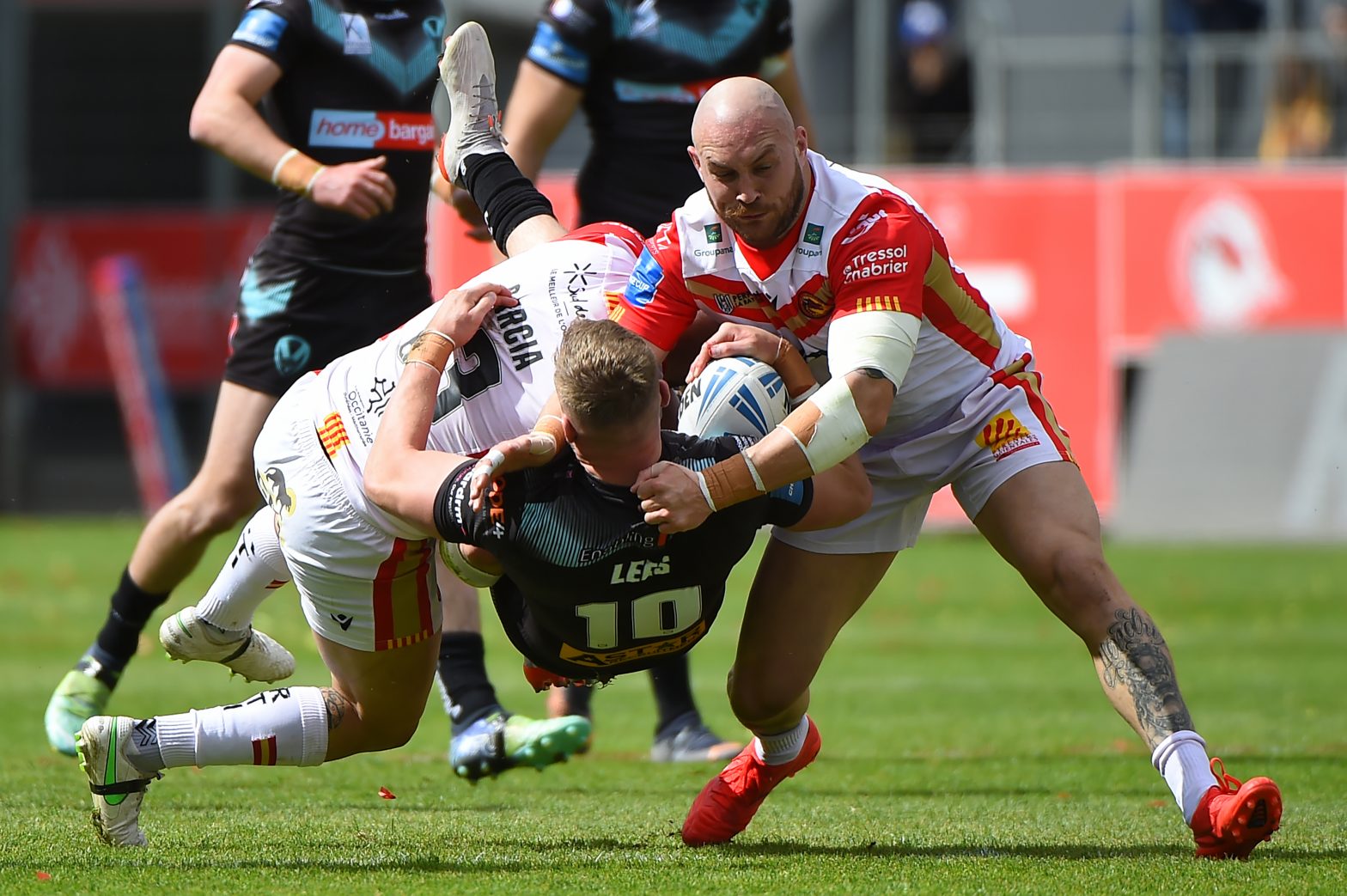 North Wales Crusaders’ men’s side kept going in their charge for the League 1 title as they beat London Skolars 54-6 in Tottenham. Rob Massam was on the scoresheet with a try. West Wales Raiders had Sam Pridgeon, Shane Lee, Joe Burke, Alan Pope, Craig Lewis, Dafydd Phillips and Darrel Moyle playing in their 100-4 defeat at Oldham, an encounter ruined by an early red card. Cornwall’s first ever home game also ended in defeat, as they went down 60-14 to Midlands Hurricanes, with Jake Lloyd playing for the plucky home side. Swinton kept up the pressure on Crusaders with a 64-22 away win at Doncaster. Rhodri Lloyd was amongst the Lions’ scorers with a try, with Mike Butt also starring. Gavin Bennion’s Rochdale Hornets also had a big win, ousting Hunslet 44-20.

In the Championship, Tom Hopkins’ Barrow Raiders clinched a dramatic 23-22 win at Bradford Bulls. Chester Butler scored a try for the home side, who also had Elliot Kear and Ben Evans in their line-up.

In the 1895 Cup, Will Evans and Connor Holliday’s Whitehaven side lost 40-6 at Sheffield Eagles, whilst in the men’s Challenge Cup, Catalans Dragons also had their Spurs hopes dashed as the lost 36-20 at home to St Helens, with Gil Dudson scoring a try for the French side. In the women’s Challenge Cup, Fern Davies’ Warrington Wolves side went out at the quarter-final stage, losing 40-0 at Leeds Rhinos. Carys Marsh was also on the losing side, as her Wigan Warriors side went out 12-10 to Featherstone Rovers.

In Australia, Bradman Best and Tyson Frizell played for Newcastle Knights in their 30-6 defeat at home to Manly Sea Eagles in the NRL. In the NSW Cup, Josh Ralph played in Mounties’ 30-16 loss at Canberra Raiders Reserves, but Bailey Antrobus was on the winning side – his St George Illawarra Dragons Reserves side ousted their South Sydney Rabbitohs equivalents 30-26 at the Olympic Stadium in Sydney. James Olds and his Valleys Diehards side, suffered a 14-4 defeat at Wests Panthers in the Brisbane League.

In the only Wheelchair game of the weekend, Hereford Harriers went down 43-13 at Gravesend Dynamite. Gary Preece and Martin Lane scored tries for Hereford with Jason Reynolds and Alan Caron having scores disallowed.

Finally, the first round of the Women’s President’s Cup on Wednesday 13 April, saw two Wales squad members go up against each other. Anne-Marie Sayle’s UK Armed Forces side were victorious, beating Rebecca Davies’ Great Britain Teachers 34-10.