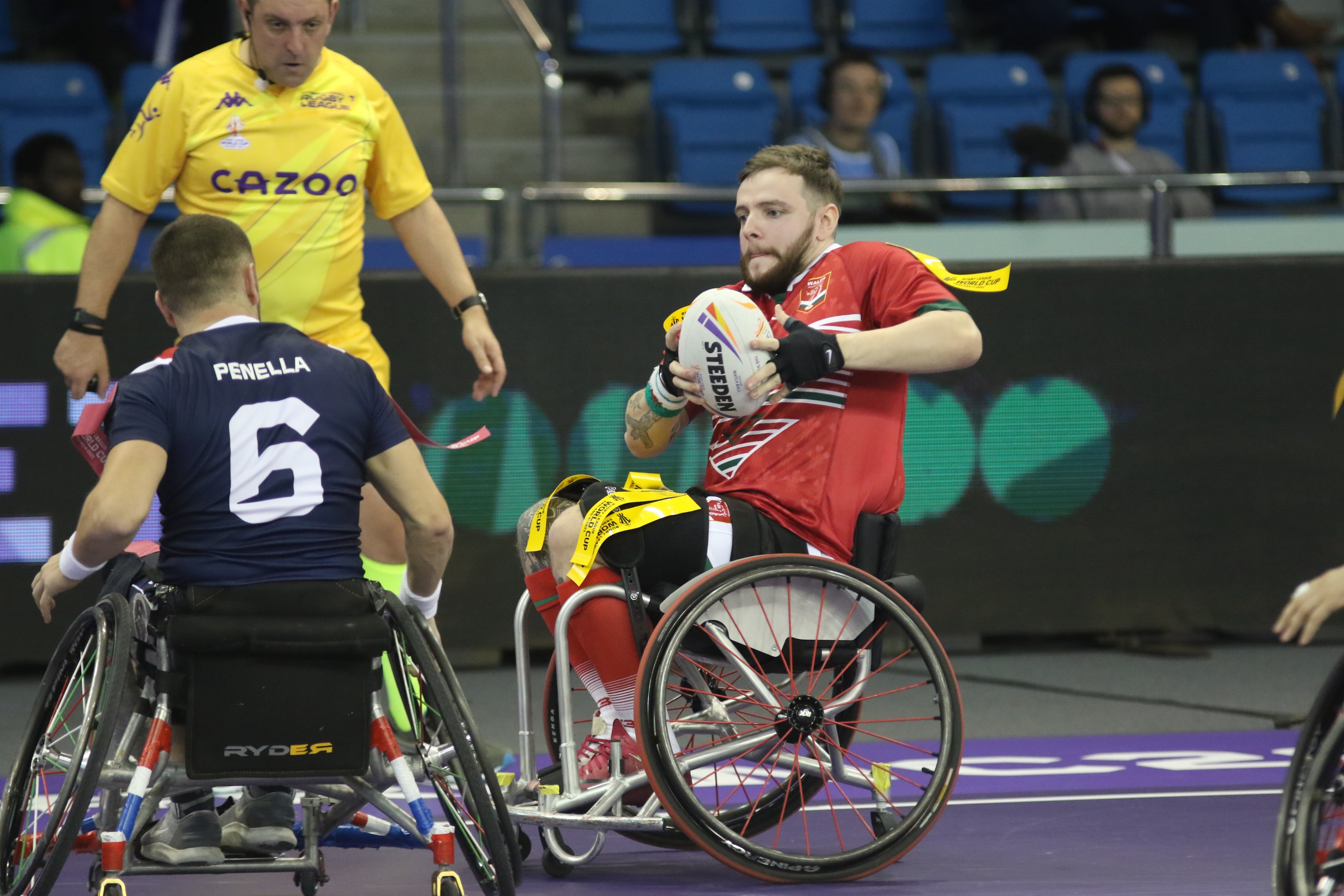 Wales international Harry Jones has become the first ever Wheelchair Rugby League player to ever be awarded a testimonial.

The Welsh international has been recognised for his long service to the game, good character and service in the community.

Jones was one of the founding members of North Wales Crusaders Wheelchair side back in 2013, going on to become one of their record points scorers as well as their first-ever goal scorer. Part of the squad that won the inaugural Middle Fives in 2022, as well as his position in the playing side, he is also the team’s Head of Commercial & Media and is a member of their board of trustees.

Following his domestic debut in 2013, the 25-year old made his international debut at the 2014 Four Nations and has gone on to become the second most capped rugby league international of all time for an individual Wales side, scoring 192 points in 41 consecutive international appearances. He’s also the third highest capped Wheelchair international in the world.

Jones was initially forced to give up the ‘running game’ when he was just 15 years old, but last year he started a different format, as he joined Chester Centurions, who compete in the IGR (International Gay Rugby) Touch Series North.

A testimonial Wheelchair Rugby League match and Touch Rugby series will be held in his honour during the 2023, with dates and opponents to be announced following the release of the domestic fixtures.

“Harry has experienced the highs and lows of Wheelchair Rugby League in his 10 years here and has given incredible service to the club since joining.

“I know he’s a respected figure amongst the wheelchair rugby league community and the playing group so I’ve no doubt it will be a successful time for him on and off the field.”

Andrew Hughes, chairman of Chester Centurions said: “I would firstly like to congratulate Harry on being awarded a testimonial.

“Harry has been great since joining the team ahead of our debut season in 2022, his knowledge and attitude for Rugby has been a huge asset for the team”.

Harry Jones said: “It is a pleasure to play for the Crusaders and to be granted a Testimonial is an amazing feeling.

“After retiring from the running game in early 2013 through injury, finding Wheelchair Rugby League was a lifeline I never realised that I needed. When I signed for the Crusaders all those years ago, I could only have dreamt of the opportunities in the sport that I’ve had, The club have treated me well over the years and there’s no place I’d rather be.

“It’s always an honour to play for the Crusaders and Wales and hopefully 2023 will be a successful year. My main focus will still be on my rugby but I’ll have a lot going on behind the scenes which I’m really looking forward to being a part”

“As someone who wasn’t very sporty growing up, to be able to say that I get to play various versions of rugby alongside some of my closest friends, is a real privilege

“Being able to incorporate the Centurions in my testimonial is an honour, they’ve given me the opportunity to play a variation of the ‘running game’ again, though this will only be my second season with the side, they have provided me with some of the best memories I have, in both a sporting and social capacity”.

For information on how to get involved with sponsoring his testimonial, please contact: harryrpjones@gmail.com