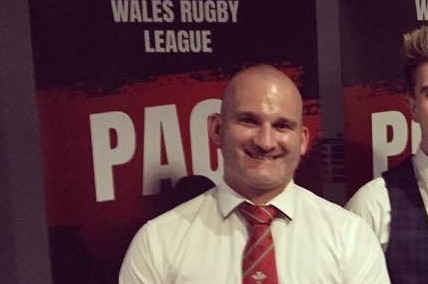 Wales Rugby League are looking for a new National Development Manager as Idris Evans will be leaving the post at the end of the month after two years at the helm.

Evans, who was Cardiff-based, has managed most aspects of Rugby League in Wales outside of the professional game, including junior internationals, Champion Schools, coaching courses, the Welsh Premier League and other community competitions.

A Welsh speaker, he has also been a face of Wales Rugby League on television on a number of occasions especially when a Welsh speaker has been required.

Before holding the post of National Development Manager, Evans spent 10 years with Cardiff Demons RLFC and in various voluntary roles with the National Governing Body, such as being a coach of the international junior teams and spending over three years on the WRL Board.

Wales Rugby League CEO Chris Thair has paid tribute to Evans saying: “Idris will be missed however the new job opportunity in the medical industry was one he couldn’t turn down and we wish him well.

“Every post holder should stamp their mark on the game and leave it in a better position than they found it. Idris has certainly done that and we are grateful for his time in office.

“During his time we have had two notable firsts for the sport with a number of our clubs fielding four teams on the same day in the 2017 season showing a growing depth to the sport in Wales, and of course Wales under 16s beating England for the first time ever.

“Other notable achievements include Ysgol Gyfun Gymraeg Glantaf being crowned UK Champion Schools winners again, tours to Germany, participating in three World Cups, achieving the level three safeguarding award and lots of successful school and club finals days. This now opens the door for somebody else and we’ll now advertise and look forward to a bright 2018 for rugby league in Wales.”

The post will be advertised this week in readiness for the new position holder to start in early 2018.