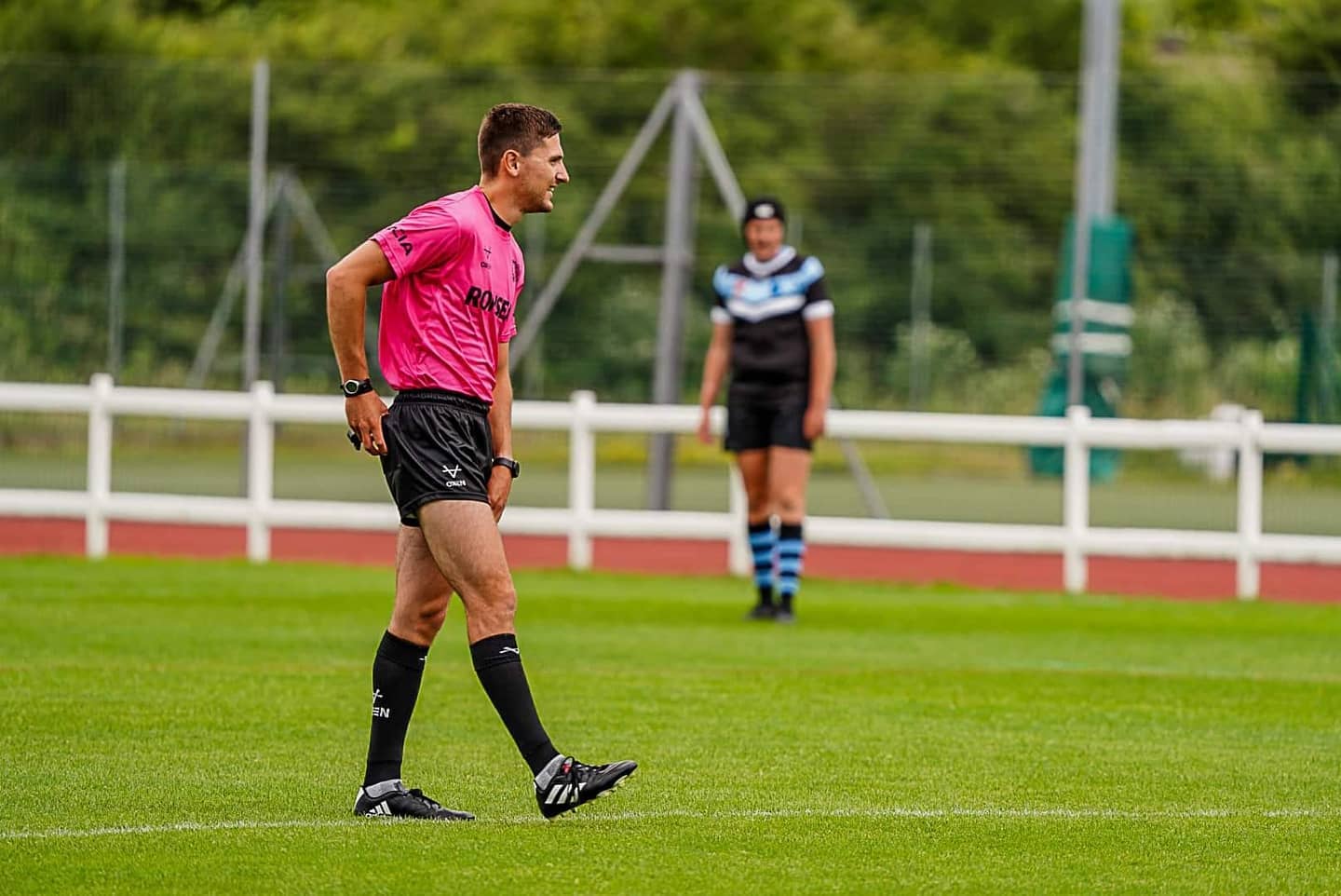 Welsh referee Kristoff Young, who hails from Chepstow, will blow his whistle to officially start the 2022 Betfred Rugby League Challenge Cup at 7pm on Friday January 14 at Pyle RFC when 2021 WRL men’s champions, Bridgend Blue Bulls take on the Royal Navy in the historic competition.

It’s the first time a Challenge Cup match featuring a Wales Rugby League community side has taken place in Wales for seven years, with current WRL head of match officials James Jones taking charge of the last one. All WRL community sides since then have been drawn away from home. It’s also the only game in the first round to take place on Friday night with all other ties scheduled for Saturday and Sunday.

The fact that the Rugby Football League are appointing local officials now, compared to the past where a referee would travel from England to take charge of such a match (an up and coming referee from Oldham called Robert Hicks refereed the match in the same round between Valley Cougars and UWIC in 2009), shows the confidence they now have in the Wales Rugby League match officials department, which was completely restructured in 2019 with the appointments of Jones, along with Rob Apsee as WRL Match Officials Officer.

Young said: “When this appointment come through from the Rugby Football League, I was so shocked and honoured to be appointed to referee in the opening game of the Challenge Cup on Friday evening in Bridgend. This comes as a big stepping stone in the right direction for me as a WRL/RFL Match Official. I worked hard the last season to improve and develop with the opportunities that came my way.

“Although it’s going to be a big occasion for both teams, this will the biggest game I have refereed to date. I’m extremely excited to get out there to referee and work closely with my appointed touch judges Christopher Williams and Ian Curzon who will have a big part in this fixture also.

“I would like to say thank you to the James Jones and to the Rugby Football League Match Official department for all the support and guidance they provided me last season that has helped me achieve this.”

James Jones says: “A massive congratulations to Kristoff on his first ever Challenge Cup referee appointment for the Bridgend Blue Bulls v Royal Navy match on Friday January 14. I am so proud of this young man’s progress and this is a great opportunity for him. Da Iawn K! A big season ahead for him and for Wales Rugby League.”