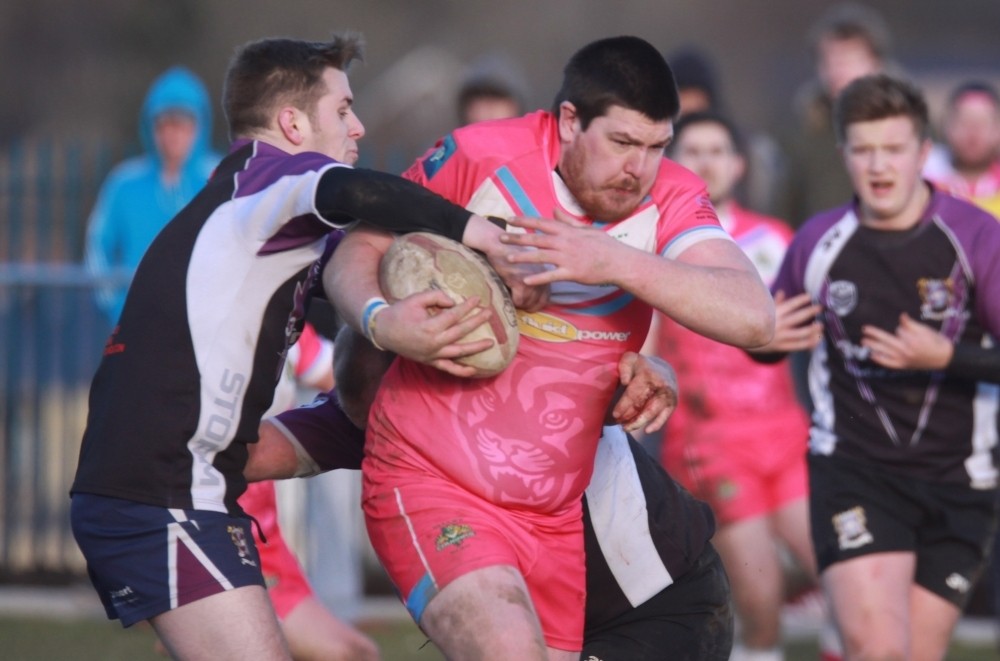 Conference South champions Valley Cougars are into the second round of the Ladbrokes Challenge Cup after a thrilling 27-22 win over their divisional counterparts Leicester Storm at Treharris RFC on Sunday.

Cougars looked to be sailing with almost a perfect first 29 minutes where they led 14-0 but Leicester came back into the game with determination leading to a grandstand finish.

Cougars led on eight minutes when Chris Speck darted under the sticks from dummy half. Paul Emanuelli converted.

The second try came on 17 minutes when James Allen set up Yousif Sulliman.

Three minutes later came a Cougars third after Gethin King set up Lee Goddard to score. Both conversion attempts were missed leaving the score at 14-0.

Allen almost scored himself not long after that but was judged to have been held up over the line.

Leicester fought their way back 11 minutes before the break. A good passing move found Frank Barlow in the corner. Mark Etherington missed the kick so Cougars lead 14-4 at the break.

Storm lived up to their name and thundered out of the break, capitalising on an early Cougars error to score. Ollie Furness converted by Etherington before winger Frank Barlow levelled with a 50 metre run. Etherington goaled again to make it 16-14 giving Leicester the lead for the first time.

But Cougars hit back on 52 minutes with Gareth Way forced his way over and Emanuelli converted.

Three minutes later it was level again. Jack Williams intercepted and made a clean break to the line. The kick was missed leaving it at 20-20 and all to play for.

Leicester regained the lead with ten minutes remaining after Etherington kicked a penalty goal but Cougars weren’t finished yet.

Speck had a potential second try ruled out for a forward pass on 75 minutes but as soon as Cougars regained the ball, they scored. Mark Thomas charged over in the corner to make it 24-22. Emanuelli converted making a successful field goal the last action of the game to wrap things up.