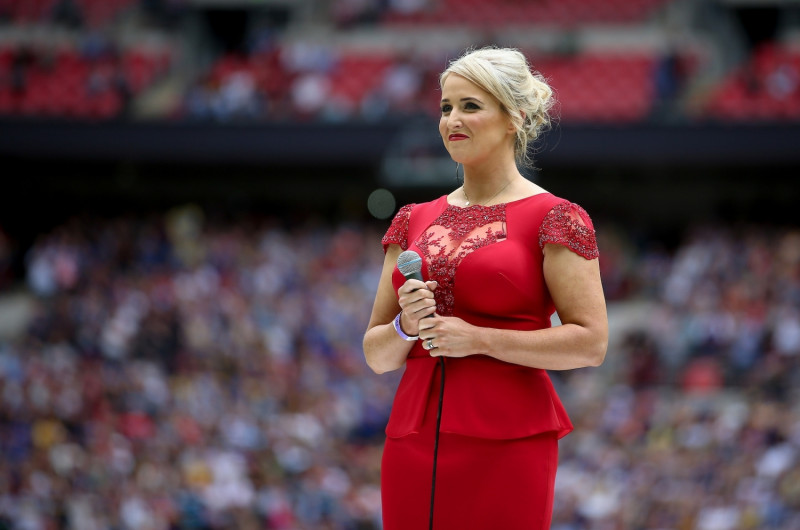 Wales Rugby League chairman Brian Juliff has congratulated Lizzie Jones after she was also awarded an MBE in the New Year’s Honours list.

Her award is in addition to WRL president Mike Nicholas, who was also given an MBE.

Lizzie’s husband, the Welsh international Danny Jones collapsed and died from an undiagnosed heart defect while playing for Keighley Cougars against London Skolars in May 2015.

Over the last four years, the Danny Jones Defibrillator Fund has raised almost £200,000 and purchased potentially life-saving equipment that is safeguarding the health of more than 40,000 Rugby League players and officials, as well as countless fans. Wales Rugby League have contributed to this in the form of a fundraising magazine.

The fund has also helped pay for cardiac screening for junior and adult Rugby League players, and in recent months is helping other sports, including cricket, generate the funds they need to instal defibrillators at local clubs.

Juliff said: “It’s wonderful to hear that Lizzie Jones has been recognised for her charity work in the New Year’s Honours list.

“Congratulations to Lizzie on receiving an MBE which is so richly deserved and a very proud moment for her family, friends and everyone involved with Wales Rugby League.”

Lizzie Jones said: “I feel absolutely overwhelmed and privileged to accept the MBE on behalf of the whole Rugby League family for the way in which it has embraced our work with the Danny Jones Defibrillator Fund.

“The fund continues to save lives and raise awareness of cardiac health, and I know Danny would have been immensely proud of what we have achieved.

“I have met some amazing people and heard some incredible stories through my involvement with the DJ fund and in my role as an ambassador for the RL Benevolent Fund, and this honour is as much for them as it is for me.”

Tim Adams MBE, Chairman of the Rugby League Benevolent Fund, said: “We would like to congratulate Lizzie on becoming an MBE which recognises the special part she continues to play in the sport.

“From the tragedy surrounding the loss of Danny, Lizzie has shaped a sporting success story that is impacting on the lives of thousands of people

“Her energy and passion for cardiac health has meant that many families have not had to endure what she and her family went through. Lizzie’s MBE is richly deserved.”