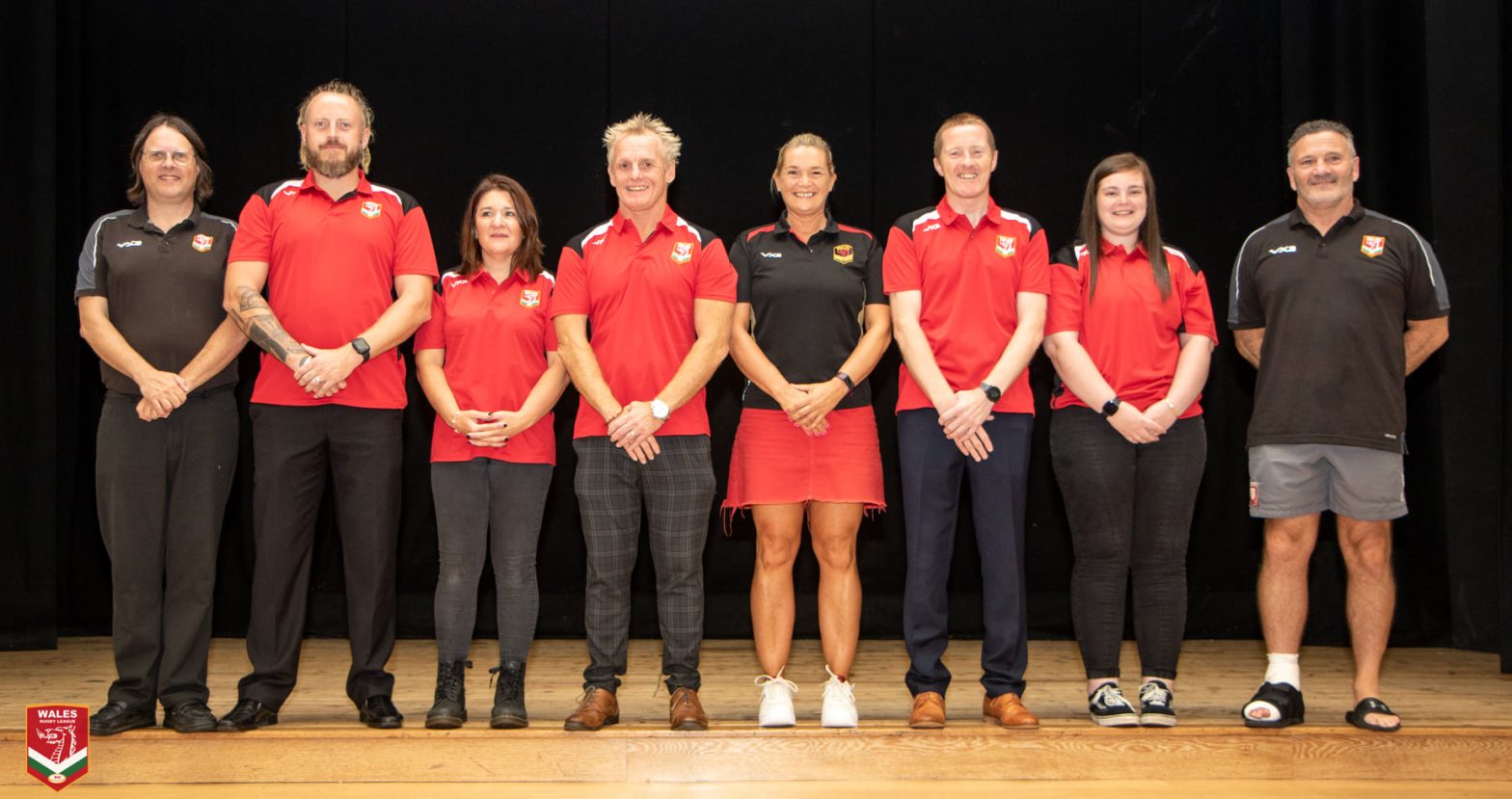 Wales Rugby League are pleased to announce four new positions in the organisation, with more soon to follow.

Mark Jones has been appointed as the new General Manager of Wales Rugby League. Previously the National Development Manager, Mark has been involved in rugby league in Wales for over a decade, working for both the WRL and for our partners Coleg y Cymoedd. He remains at Cymoedd where he is the Head of Rugby League Development and is in charge of the WRL National Development Academy which is also partnered with Salford Red Devils.

Jones says: “I am honoured to be offered the role of part-time WRL General Manager. I feel this new role at Wales Rugby League compliments my fulltime job at Coleg Y Cymoedd. WRL has made huge strides in the last few years, and I am looking forward to working with Salford Red Devils, North Wales Crusaders, West Wales Raiders and Coleg Y Cymoedd to build sustainable rugby league pathways in both South and North Wales.”

Realising the need for expansion, Jones has split his previous role into four, with three of the positions already appointed.

Louise Morgan has been promoted to WRL Women and Girl’s Development Officer. Previously the team manager for the Wales Women’s National Side and Cardiff Demons, Vale of Glamorgan-based Louise has been heavily involved in the formation, development and organisation of both of these sides, as well as doing a lot of work in the organisation of the youth structures in Wales. She came into rugby league with Cardiff Blue Dragons where she has helped to run the club for the last half decade.

She says: “This role for me is very exciting. I’ve been here since day dot when it comes to women’s rugby league in Wales. I’m so passionate about what I do, and I’m really inspired by the phenomenal female athletes that I work with. I want to create a positive environment for the girls and women so they can progress as players and individuals in the WRL system. It’s important for me that we’re linked to a college so girls can progress their education and be part of the Salford academy. Setting up the ladies’ side with Alf Harvey in Cardiff was an inspiration to me because we saw so many in that first season which led to the first ever Wales side. I care about all I work with and what them to have a great career.”

Richard Lewis has been appointed as West Wales Development Officer. Port Talbot-based, he started in rugby league 20 years ago as a player with Aberavon Fighting Irish, playing in two Welsh Grand Finals and winning Wales Dragonhearts and Wales Students caps. In his first ever game of rugby league, his opposite number was Allan Bateman. He continued into coaching with Celtic Crusaders U16 and Wales U16, and after a decade break from the game, returned with Aberavon Fighting Irish in 2021 as head coach, and rejoining the Wales U16 side as assistant coach as well as working on the West Wales junior pathway. This year, he’s assistant coach at Wales U19 who are preparing to compete in the U19 European Championships in Italy in September.

He says: “I am excited to take on this new role as West Wales Development Officer, and the goal is to establish relationships in the schools and create opportunities for aspiring players to play; promoting Rugby League as another sport to pursue, eventually creating a West Wales Academy to strengthen the pathway for Wales Rugby League.”

He says: “Along my journey, I have worked with and alongside some quality coaches and great people from whom I have learned a great deal and can’t thank enough. I’m really excited and privileged to be given this opportunity and get wait to get started in the new role with Wales Rugby League as a development officer for East Wales. I’m hoping I can help build and grow the game within the East, whilst creating opportunities and links with the schools and community clubs.”

Mark Jones adds: “One of the WRL strategic aims is to grow the grassroots game and we are very excited to announce of our new development officers and our first ever Women and Girls development officer. Over the last two years, I have worked closely with Wayne, Richard and Louise and they all bring a huge amount of experience and an enthusiasm for development of the game.

WRL chairman Brian Juliff said: “There has never been a more opportunistic time to promote Rugby League as a game of choice for enjoyment or as an elite summer sport.

“This October/November, our senior men and wheelchair teams will play in the World Cup finals in England with every game being televised on the BBC. The marketing will be extensive and will bring the game to more people than ever before.

“The culmination of the World Cup will lead on to three further years of activity towards Rugby League World Cup 2025 in France which again will be heavily promoted and broadcast on terrestrial television.

“We have recognised the success of the women’s game which is growing exponentially across Wales. Cardiff Demons are currently Super League South Champions and are already impacting on the club scene in the UK.

“Our women’s international team are looking ahead to games against England, Ireland, Scotland and Italy over the coming months following on from last season’s inaugural activity.

“We recognise the need to give more support within Wales and it’s a pleasure to be involved with our strategic changes to the coaching and management structure.

“The Board at Wales Rugby League are pleased to announce these appointments which will significantly increase participation and improve communication channels across the game at all levels.

“It’s an exciting time to be involved with Rugby League in Wales and I want to wish Mark, Louise, Richard and Wayne every success in their new roles.”