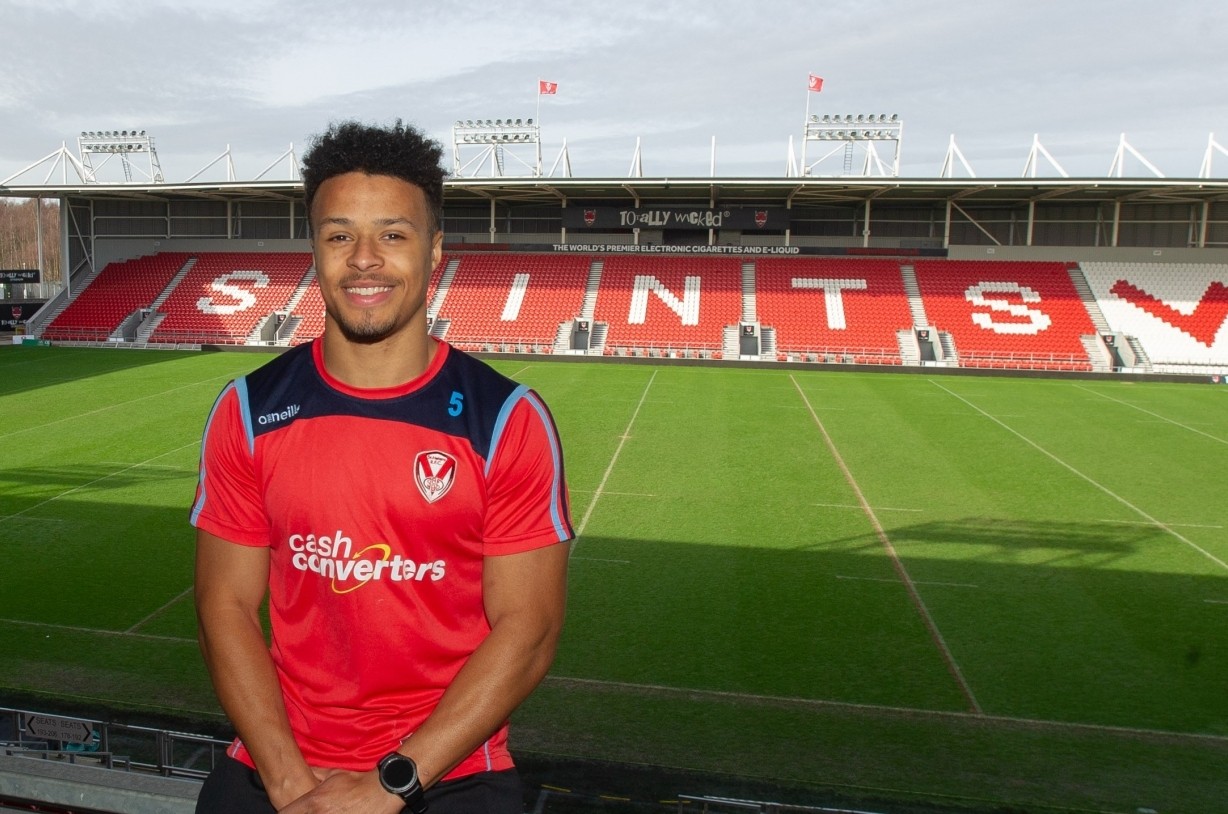 Saints flying winger Regan Grace has committed his future to the club by signing a contract extension until the end of the 2021 season.

The 22-year-old Welsh international scored 18 tries in 33 appearances for the Red Vee last season. He joined the club after playing rugby league for South Wales Scorpions at Under 16s and Wales at Under 18s and he was part of the unbeaten Academy Championship side in 2016. He has won six caps for Wales so far, scoring three tries. Read more about Grace’s career as part of the new WRL charity magazine. Available by clicking here.

Grace went on to score on his Saints first team debut against Wigan Warriors back in the 2017 Good Friday fixture and alluded to his debut when signing his new Saints deal.

Grace spoke exclusively to Saintsrlfc.com and was naturally delighted with his new contract.

“I’m delighted to have signed a new contract. I would like to thank CEO, Mike Rush, Chairman, Eamonn McManus, Head Coach Justin Holbrook and all of the coaching staff who have helped me get to this point since my debut back in 2017.

“I am still young and have lots of learning to do, but I’m excited for what the future holds.”

Saints Chairman Eamonn McManus said: “It’s great that Regan has committed to the Saints and to Super League despite a great deal of interest in him in rugby union.

“He brings speed and excitement to the team and can only improve further with experience and with age. He’s yet another great product of our academy system and it’s great to see so many of them in our current side.”

“He is a young player who listens and is good to coach. He has learnt a lot in the last couple of years and although he still has a lot more to learn, he is such an explosive, natural runner, who is great to watch.

“He is an exciting young player to have on the end of our back line plays and I am confident he will achieve great things in a Saints shirt.”