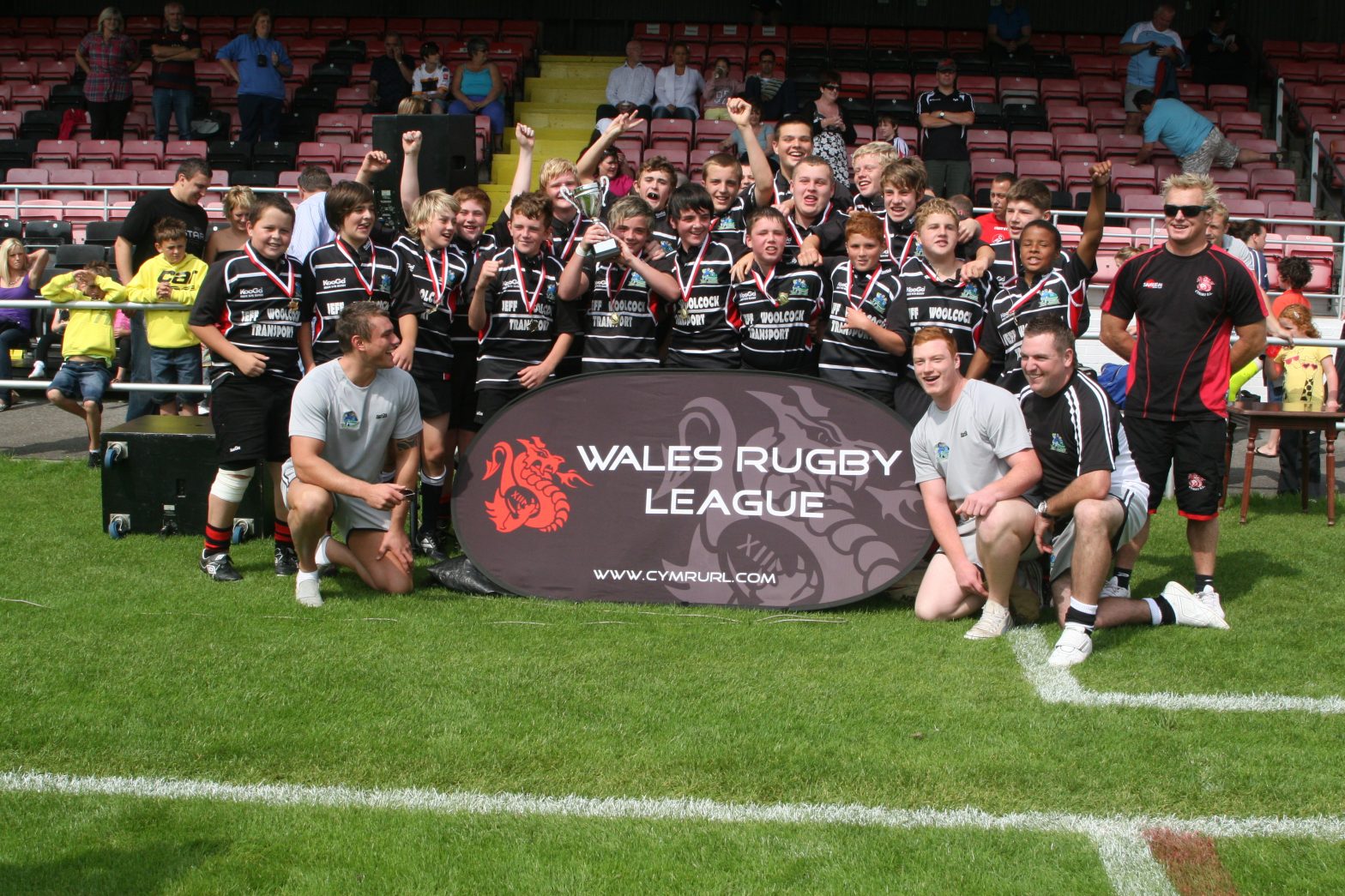 As remembered by Ian Golden. Photos by Ian Lovell.

Ten years ago today, current St Helens and Wales star Regan Grace was picking up his first rugby league winners medal. This was just one half of a memorable day at The Gnoll in Neath in front of nearly 700 fans, where an Anthony Seibold-coached South Wales Scorpions qualified for the RFL Championship 1 play-offs.

Grace had only started playing rugby league that season, for his school in Port Talbot, before going along to training at local outfit Neath Port Talbot Steelers, joining their under 13 side.

They qualified for the 2010 Welsh U13 Grand Final and faced Bridgend Blue Bulls in the Final, and it was a thriller.

As a curtain raiser to South Wales Scorpions v York City Knights, the Steelers beat Bridgend 28-24 where the lead constantly changed hands. It was so close, the two teams even went in level at half-time 16-16.

Colton Jones scored a brace of tries for the Steelers. Ashley Bradley, Nathan Burbridge, David Davies and Harrison Evans, who converted twice, also went over for the local side.

Bridgend were in the game all the way. Rowan Davies, Reuben Tooze, Gareth Rees-Evans, Ben Jones and Owen Watkin, who also converted twice, were the scorers for the gallant runners-up.

A decade on from the encounter, Grace said: “I just remember us and Bridgend Blue Bulls being big rivals at the time. They beat us in the regular season but we won where it mattered. We met again in the final a year later and on each occasion it was always a good tough game.” 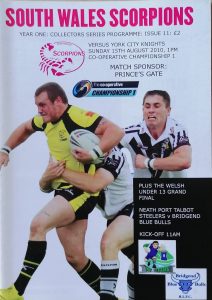 After Grace and his team mates had celebrated, the “main event” of the day was South Wales Scorpions v York City Knights where the home side needed just one point to qualify for the play-offs in their very first season as a club.

Anthony Seibold had done a magnificent job at the helm, winning the RFL Championship 1’s “Coach of the Month” award at the first attempt in the March of that year, just weeks after the club’s first trial match which had over 100 applicants.

The Scorpions were having a good August too, having already beaten Oldham away 42-24 and Doncaster at home 22-8, which wasn’t surprising given the quality of the players in the side. The line-up for the York match contained Elliot Kear, Christiaan Roets, Lee Williams, Ashley Bateman, Lloyd White, Gil Dudson, Geraint Davies and Aled James, all of whom had already made their full Wales debut, and all bar Roets had played in Super League with Celtic Crusaders, whilst Andrew Gay, Lewis Mills and Steve Parry would make their international debuts later in 2010.

In those days, it was three points for a win, two for a draw and one for a loss by six points or less and the result was in doubt until the final kick of the game.

York took the lead after just four minutes after Matt Duckworth finished off a great move. Scorpions reduced the deficit on 32 minutes with a White penalty before a Gay try that White converted put them 8-4 ahead. York’s player coach Chris Thorman levelled things again with an unconverted try, with a Lee Waterman penalty giving York a 10-8 lead at the break.

Scorpions regained the lead on the hour through a Liam Roach try that White improved, but York scored an excellent try with 11 minutes remaining through Jack Lee, that Danny Ratcliffe converted. White’s penalty on 78 minutes levelled the scores again, but a minute later, a similar kick from Ratcliffe gave York an 18-16 victory, but the Scorpions had done enough to get that bonus point and a place in the Championship 1 play-offs.

The Scorpions went out of those play-offs in the first round, losing at Rochdale Hornets, but coach Seibold picked up the “Championship 1 Coach of the Year” award before being involved in the Wales coaching staff as they beat France in a shock result to qualify for the 2011 Four Nations. That was his last duty in Wales before moving back to Australia to begin his route to being an NRL head coach.

Many of the players would rise up the ranks in Super League or with Wales. Kear, now at Salford Red Devils is the current Wales captain, whilst Lloyd White and Gil Dudson would also go on to be Super League regulars.

As for the “curtain raiser”, neither Regan Grace, nor his captain Curtis Davies, nor his twin Connor, were on the scoreboard (they were in the 2011 Welsh U14 Grand Final, but that’s another story), but they were the only three who came out of the game to become full Wales internationals.

All three went on to star in the South Wales Scorpions U15 and U16 side and became Wales U16 and U19 internationals. Grace, after becoming part of Wales Rugby League’s AASE academy in 2013, moved north to join St Helens academy in 2014, whilst the twins would play for the Scorpions U19s in 2014 before playing for the club’s first team in 2015. They joined Halifax RLFC, whom they still play for, a year later.

There were also more future age-grade internationals and South Wales Scorpions and West Wales Raiders first team players on each side in that U13 Grand Final.

A decade ago, Wales Rugby League and South Wales Scorpions worked together to produce a fantastic day’s entertainment which created future Super League and Rugby League World Cup stars. When it’s safe to do so, we all look forward to more memorable afternoons in this way as we continue to develop the next generation of Wales Rugby League international players.