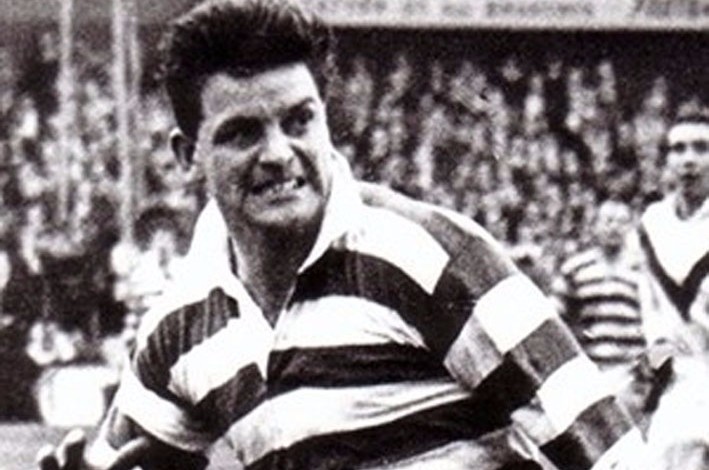 An esteemed fullback, he played rugby union for Ystalyfera RFC and Maesteg RFC in the 1950s before turning professional for Halifax, playing for them between 1961 to 1971.

He became one of Halifax’s greatest players of all time, making 372 appearances, kicking 1028 goals and scoring 45 tries. He still holds Halifax’s “most career points” record with 2191.

With that record, it is amazing that James didn’t get selected for Wales at either code , but he did turn out for a Commonwealth XIII against New Zealand in 1965 and won the Yorkshire Cup with Halifax in 1963.

His funeral is at Park Wood Crematorium Elland on Monday 20th March at 10.30am. Our condolences go out to Ronnie’s family and friends at this sad time.