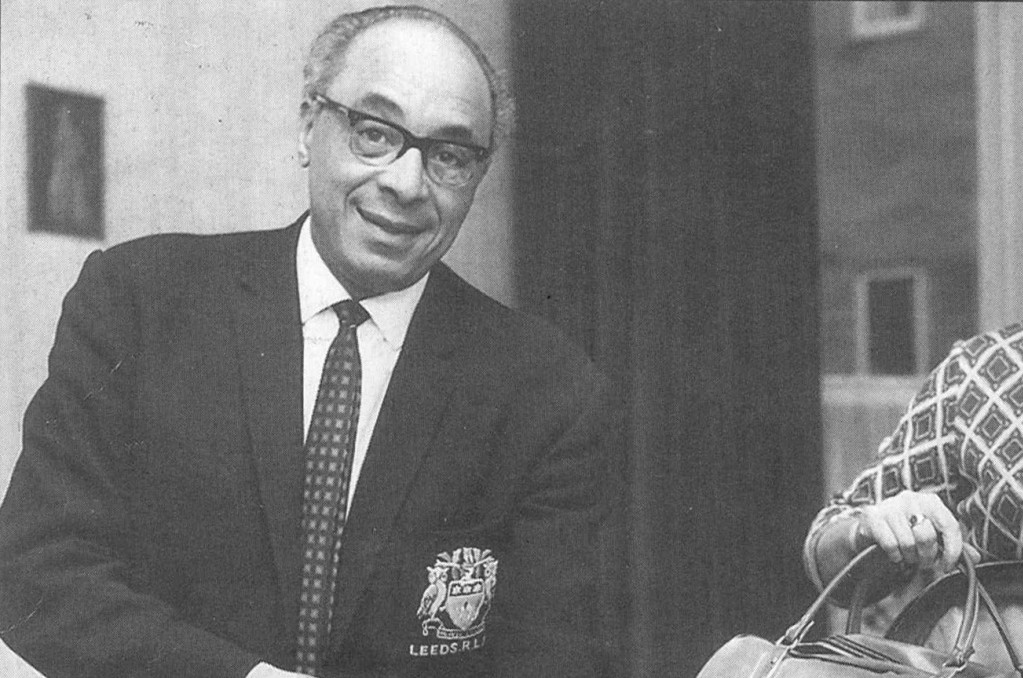 The citation to induct Francis was read by Carolyn Hitt, the presenter and producer of the recent BBC Wales documentary “Rugby’s Codebreakers”. The award was received by Roy’s son Geoff.

Francis became famous for being the first ever black Great Britain rugby league international, the first black British professional coach in any sport, and for also being overlooked for the 1948 Great Britain RL Ashes tour to Australia due to the “White Australia” policy at the time (this policy was abolished in 1958).

These were just part of a total of 229 tries in 356 games in his rugby league career.

Born in Cardiff, he was raised in Brynmawr where he turned out for his local rugby union side before heading north to Wigan in 1937 as a teenager.

With the outbreak of the Second World War Francis became a Sergeant in the British Army. He played rugby union for the Army but also made guest appearances playing rugby league for Dewsbury. Throughout the war he continued to represent Eddie Waring’s side featuring in three successive Championship finals as they beat Bradford and Halifax but lost out to Wigan in 1944.

He later played for Warrington before signing for Hull FC, where he was appointed coach after playing. Under his leadership, Hull won the Championship in 1956 and 1958. Roy Francis was also the coach in Hull’s two Cup Final appearances in 1959 and 1960.

He left Hull for Leeds in 1963 and oversaw their victory in the famous “Waterspash” 1968 Challenge Cup Final when Don Fox missed a potential winning last kick of the game for Wakefield Trinity.

Francis also coached in Australia with the North Sydney Bears before another brief stint at Leeds, then Bradford Northern.

According to Professor Tony Collins, such were his revolutionary coaching methods he deserves to be as well known in Wales as Carwyn James.

“He was an outstanding player and innovative coach who broke a lot of boundaries as a black man in professional sport. He was an exceptional athlete and great ambassador for Wales and Rugby League.

“My posthumous congratulations to a wonderful man.”