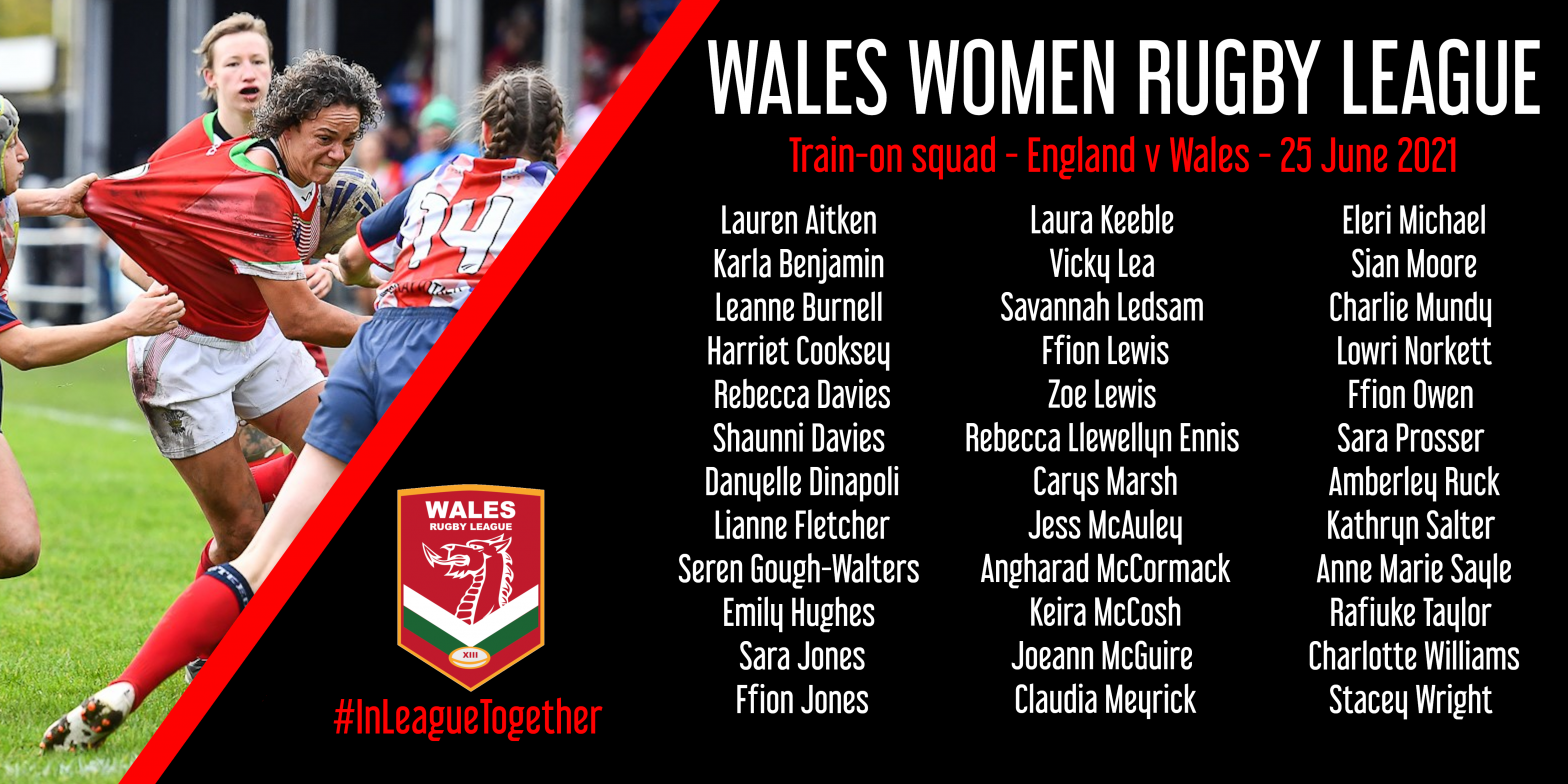 Wales Rugby League have named an extended 36-person Wales Women’s train-on squad as they prepare for the test match against England in Warrington on June 25 (kick-off 6pm). 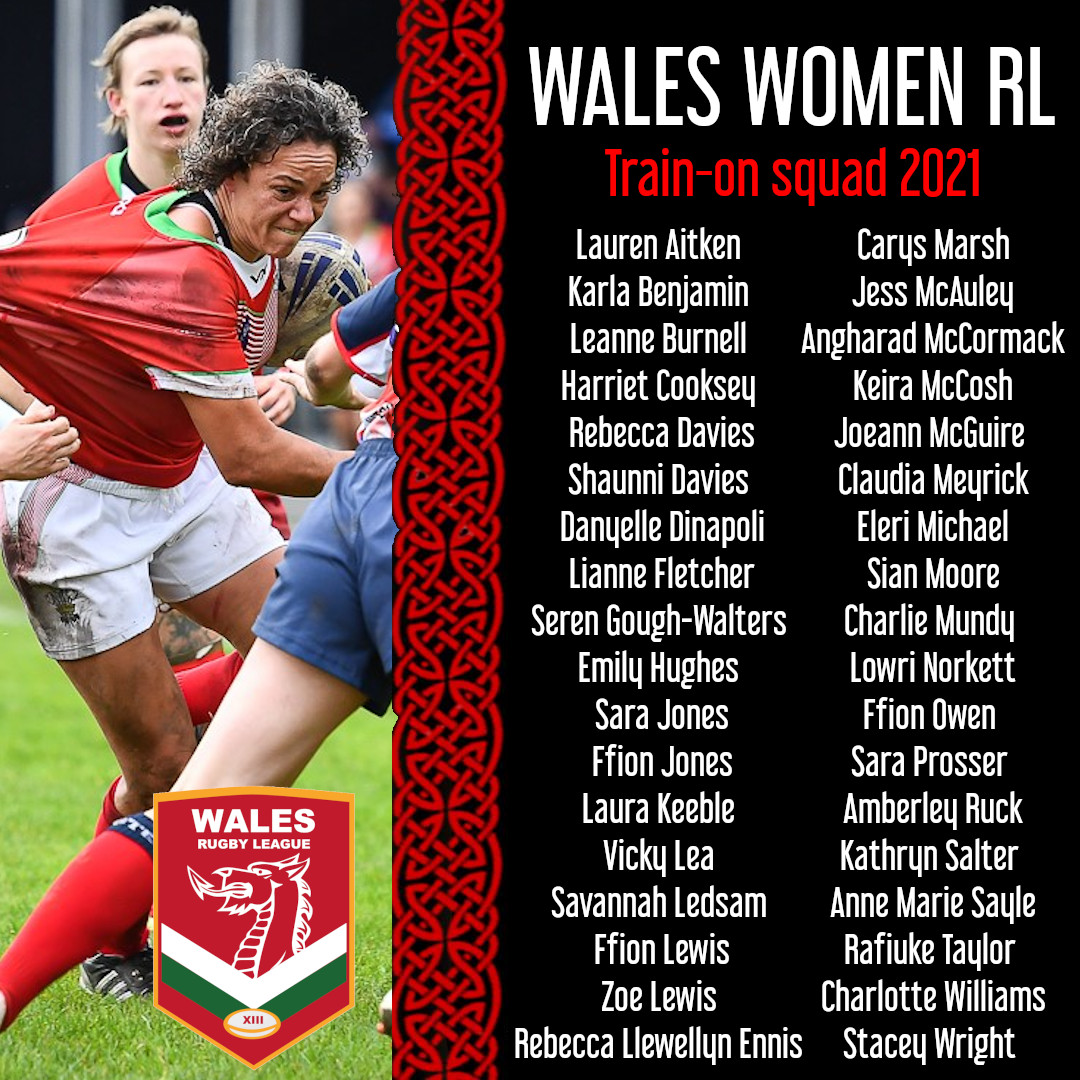 Nineteen players remain from the first ever squad in 2019, and 15 new players were selected following elite athlete ID days in both the north and south of Wales this month.

Elite athletes’ applications were received from a number of sports including netball, association football, bobsleigh and athletics.

The remaining two players have been invited from the Betfred Super League to join up with the squad – Carys Marsh, who plays for Wigan Warriors and Keira McCosh from Warrington Wolves.

Williams is joined in the squad by her RAF team-mate, Anne-Marie Sayle, plus Jess McAuley of the British Army RL is another addition.

Danyelle Dinapoli and Lianne Fletcher, both of whom played in the first open age women’s rugby league match in Wales between Cardiff Blue Dragons and Rhondda Outlaws in 2019, have also been included.

The new squad also includes twins Sara and Ffion Jones who both play rugby union for Swansea, whilst team-mate Lowri Norkett, who in 2019, played in the first and so far the only Crawshays Women’s match, joins them.

“We held a number of ID days with elite athletes to add to the current squad, and the standard and number of players is a great indicator of the talent in Wales.

“I am looking forward to getting on the pitch and working with squad, as we build towards our first international test against England. We know the hard work starts now to make sure we are prepare and showcase the talent there is in Wales.”

Wales Rugby League’s CEO Gareth Kear said: “The Covid-19 restrictions meant that only elite athletes could train in Wales, so we took about inviting elite international athletes from all sports to apply for testing and identification.

“Our women’s international squad work to same standards as our men. As a Governing body we ensure they have the same technical coaching, medical and nutritional support together with the same professional training facilities, insurance cover and we reward the players with participation bonus payments.

“Our younger aspiring and community players will also have an opportunity to make this squad when Community Rugby League returns in June.”

Wales take on England at the Halliwell Jones Stadium in Warrington on Friday 25th June (kick-off 6pm). Go to https://www.eticketing.co.uk/rugbyleague/ to buy tickets.