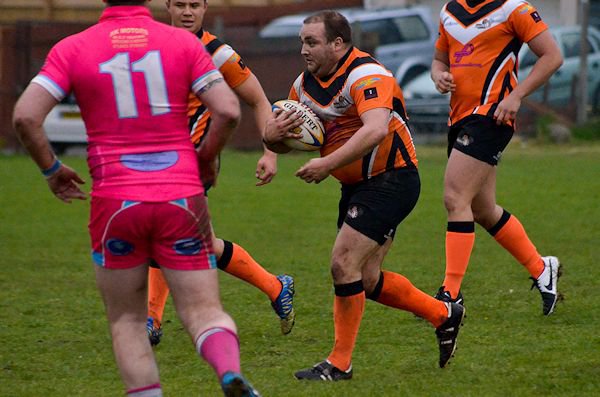 Valley Cougars and Torfaen Tigers will again play in the Southern Conference League this year, with the West Division set to kick off on May 22.

The opening West Division fixtures will see Valley Cougars facing Torfaen Tigers in an all-Welsh match while the All Golds host Swindon St George – with Devon Sharks making their debut at home to All Golds two weeks after that, on Saturday June 5.

The Sharks, who are based on the edge of Dartmoor in Bovey Tracey and have a community club partnership with Swinton Lions, had been due to join the SCL in 2020 – only for Covid-19 to force the cancellation of the entire season.

So like the other 12 teams preparing for the resumption of the SCL competition which launched in 2019, they are chomping at the bit to get started.

The West Division of the SCL has been delayed until May 22 to provide additional time for the two Welsh clubs involved, Valley Cougars and Torfaen Tigers, to negotiate any additional complications of travelling between England and Wales.

Catch up weekends are also inserted, in case the start of the season needs to be delayed further, and as usual there are no fixtures on the weekend of the Betfred Challenge Cup Final (July 17) to allow players and supporters to join Rugby League’s return to Wembley.

But the East Division will kick off on Saturday May 8, with all eight clubs keen to extend the length of the season to play 12 fixtures before the Play-Offs in September.

Hammersmith Hills Hoists, who were crowned inaugural SCL champions in September 2019 with a hard-earned Grand Final win over London Chargers in Aldershot, will launch their title defence with a trip to Hitchin to face North Herts Crusaders.

Dave Raybould, the RFL’s Community Game Competition Manager, said: “It’s been a long wait, but I can’t remember such a mood of positivity and anticipation around the clubs as we prepare for the season.

“The East Division clubs were all keen to extend their regular season to 12 rounds, and although that hasn’t been possible in the West Division because of the complications around having teams from England and Wales, we are doing all we can to find a way through those problems.

“There is more good news in the other regional leagues across the South and the Midlands, with a number of new teams taking part.

“The London League is up from seven to nine clubs, partly because Brixton Bulls have decided that would be a better competition than the SCL for them to rebuild after being particularly badly affected by the pandemic. There are four new teams in the East of England, two in the West and one in the Midlands – our season is starting at a good time as the lockdown restrictions are eased, and we’re offering an opportunity to play competitive rugby through the spring and summer after such a long period of inactivity.”

The SCL Grand Final is scheduled for Saturday September 18, with the venue to be confirmed shortly. At this stage the plan is for the top four clubs from each Division to qualify for the Play-Offs, but no final decision will be made until the situation regarding the West Division becomes clearer.