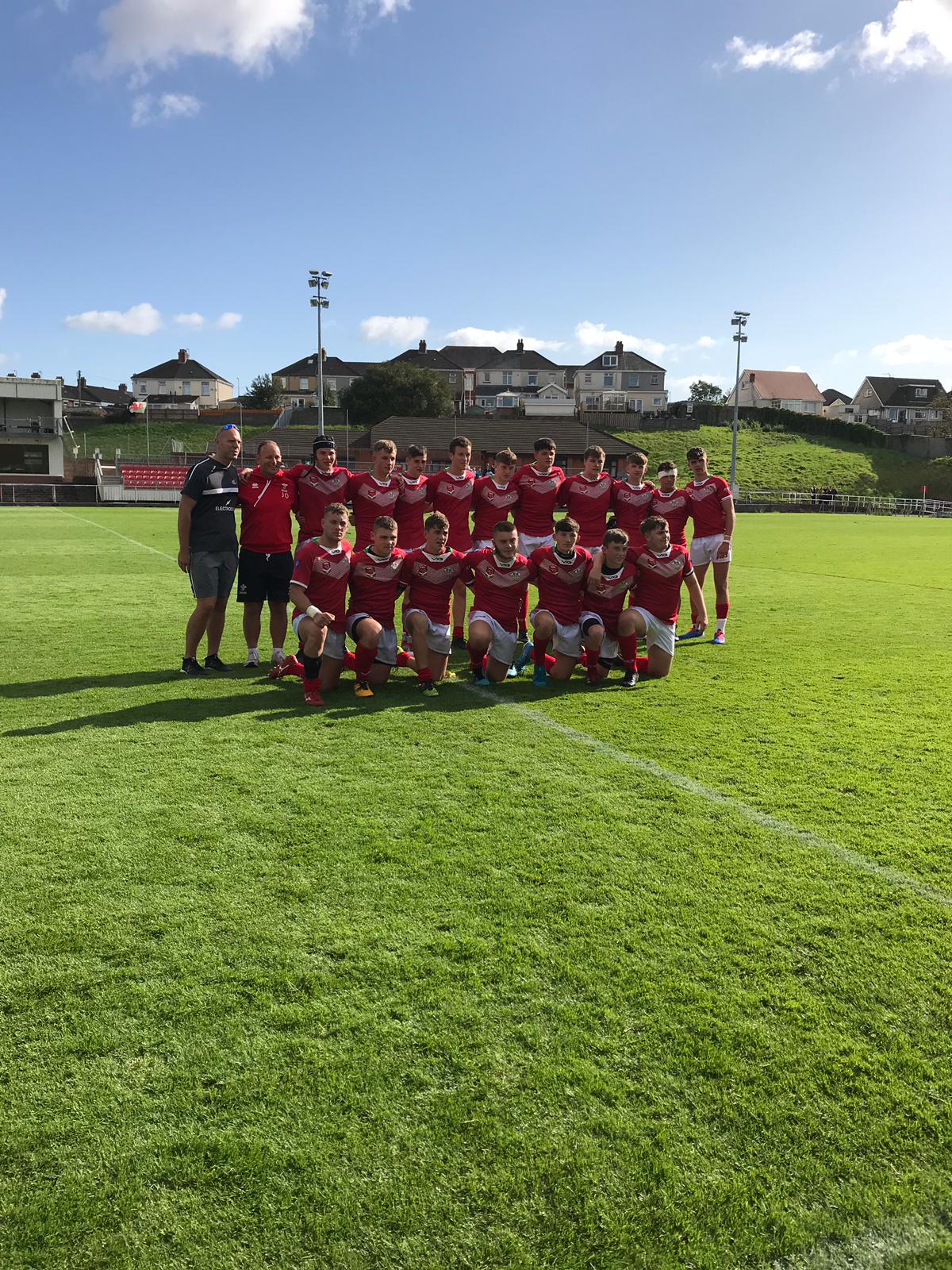 By Sian Golden at Stebonheath Park

Wales made history later in the day by fielding their first ever U16 development side and in a dramatic fiery encounter against North-West England Lions, they came back from 28-6 down to win 30-28.

In the development capped game played 30 minutes each way, Wales looked down and out with 15 minutes to go before scoring four converted tries.

Will Bevan leapt from dummy half to get a try back for Wales. Harrison Griffiths converted and was then unfortunate not to level things, having a try disallowed for a forward pass. North West England went into half-time 10-6 up.

North West England extended their lead two minutes into the second half through a Sam Craig clean break which Mood converted.

They soon added further scores through Jack Kenway and Sam Craig with Mood converting both to put them 28-6 up.

Wales then hit back with two quick tries, Will Oates and Brad Toy both scoring under the sticks, each converted by Griffiths.

Griffiths darted through for a try of his own with six minutes to go, that he converted himself to bring the score back to 24-28.

And after Wales knocked on and all seemed lost, Griffiths intercepted a North West pass, ran 90 metres to score and converted again to put Wales in the lead for the first time in the game, holding on for the final two minutes.