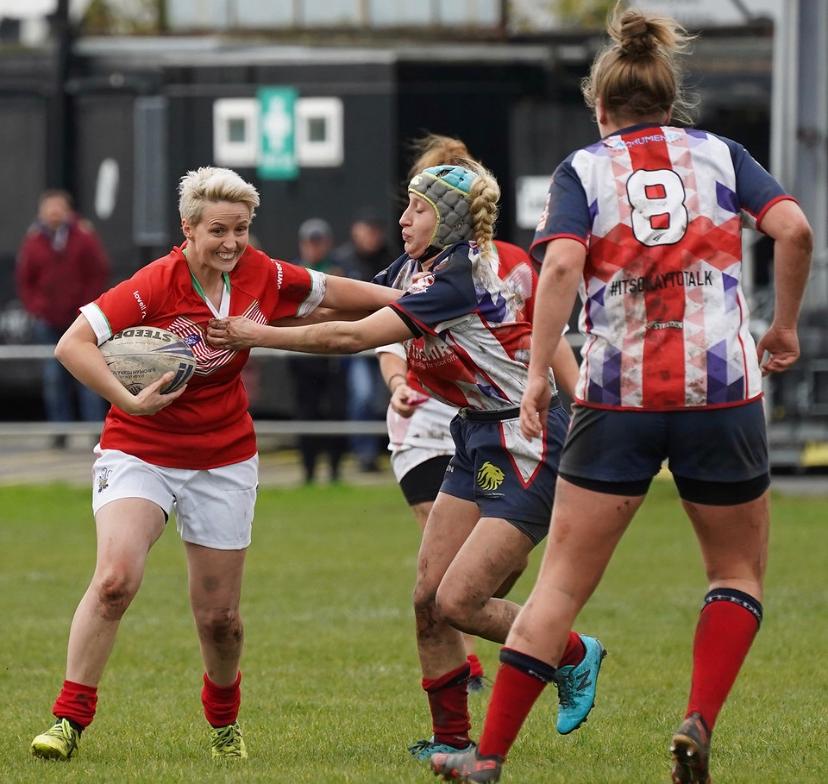 The Blaina-based 32-year old has played in every open-age women’s rugby league match in Wales so far, starring for her club Rhondda Outlaws, her region West Wales and then playing twice for the Welsh national side, coming on as substitute in both games, the second being the historic win for Wales over England Lions in St Helens.

This after a decade in rugby union with Blaina, Fleur de Lys, and her most recent club Cilfynydd.

And despite registering for Rhondda Outlaws to train from this month, Ystradgynlais-born Stephens posted an emotive message on social media last night (Tuesday).

She said: “After speaking to friends and family, I have decided the time is right to hang my rugby boots up.

“I have enjoyed playing rugby union and rugby league, and to be selected into the first rugby league team for Wales felt amazing.

“I definitely do not heal as fast as I use to, and injuries have caught up with me. I now want to enjoy life and the little things that make me happy, as it’s those who are around me now and support me through my life that count and matter to me.

“A massive thank you goes to all the coaches and physios for helping me throughout my rugby career. Wishing all the girls at Cilfynydd, my Outlaw family and Wales Rugby League all the best for the future.”

Wales women’s head coach Craig Taylor said: “Rhian was a pleasure to coach. She was always asking questions and had a real willingness to learn.

“She was a great personality within the squad and she worked so hard in lockdown, both on a personal level and keeping in contact with the girls.

“It’s a shame that she has to hang up her boots, but I respect her reasons and I wish her well in the future. If she does change her mind, the door is always open for her to return to international duty.”

A statement issued by Rhondda Outlaws reads: “Our very own Rhian Stephens has today decided to hang up her playing boots for all types of rugby.

“Rhian was there at the start of the Outlaws women’s side and was playing as hooker. She will always have her Rhondda Outlaws heritage number, which is #9, and she will still be around the club helping out with all that she can.
”She was a big part of the West Wales v East Wales game, the result of which saw her gain a Welsh cap in the first ever women’s international team that started in 2019.”

“She will be missed as a player by us all, but she’s not saying goodbye by any means. Congratulations on all your achievements in rugby union and rugby league Rhi.”